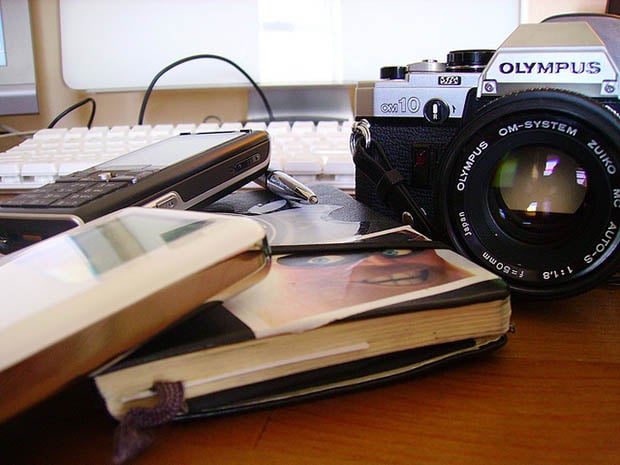 My mentor was a cranky dude. He liked to put me through my paces every chance he got. Sometimes, when he needed something: “Hey, Greg—fetch that cable for me!” Yes, he said “fetch.” Sometimes, when he just knew better than I did: “Hey, Greg — get off your a** and come assist me.” Or when I was feeling superior: “Hey, Greg—stop being an idiot.”

For the record, though, he was a really cool guy, and I have no regrets. It’s safe to say that my younger self was dragged into the photographic business by my mentor. And thank goodness, because I might have otherwise been too young and stupid to realize what a great opportunity I had. 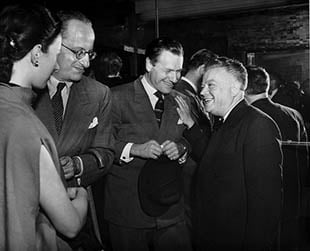 As usually happens in a good mentor relationship, I learned just by observing. I never got tired of watching him interact with people, helping young and old folks alike to relax in front of a camera in an otherwise intimidating portrait studio atmosphere.

I was an awkward kid who didn’t really get what life, or photography, was about (not that I’ve necessarily learned any better since then). And I think I appreciated unconsciously that my mentor could interact with people in a meaningful way.

Folks would come to him again and again, they would tell their friends, his schedule would fill up. And when I asked him one day just how the heck was he able to make so many connections and thus generate such business, he gave me the best advice I ever received: “Hey, Greg — put down the d*mn camera.”

To be honest, I didn’t get it at first. It took me several years, in fact, to really begin to appreciate those simple words. And here’s what I learned. If you’re a professional, then photography is your business. (I know, I know. Duh. But stay with me.) I think that in most businesses, you succeed or fail by how well you deal with people. And for some, dealing with people comes naturally. They’re called extroverts, and they’ve always made me nervous. I mean, how can you be that incredibly happy to see someone you’ve never even met before? Watching them always made me feel like Dr. House.

See, I grew up in a fairly solitary environment, and meeting people had always been one part exasperation, two parts perspiration. And now here was my mentor telling me to (gasp!) talk to people. Yucko. I just wanted to get the pretty girl in front of the camera, thank you very much. But along the way, a funny thing happened. I began to enjoy being around people, talking with people, listening to their stories, forming a bond, even one that only lasts for the space of the shoot. It seemed like every time I raised the camera to my face, it was like I was dropping a dark slide (remember those?) between myself and the person opposite me. I was so eager to take a good photo that I forgot the second half to the equation: the subject.

And that’s the thing. Photography (well, portrait photography at any rate) isn’t just about taking a good photo. It’s about interacting with another human being. For me, it’s about communication. And I can’t communicate with someone when I’ve got a Canikon D37Blitzkrieg between us.

It took a while, sure, but over time I really started to appreciate eye contact, hand shakes, pats on the shoulder. Life stories. I’m not saying that we always have time for that sort of relationship-building, especially not in the often-crazy commercial industry, but it’s a good point to remember. On every shoot I tell myself: “Make an effort, say hi. …And for the love of all that is holy, put down the d*mned camera!”

Image credit: stuff by the tartanpodcast, David Dubinsky and Nelson Rockefeller socialize with others. by Kheel Center, Cornell University, dog modeling by -~’`’TvT’`’~-