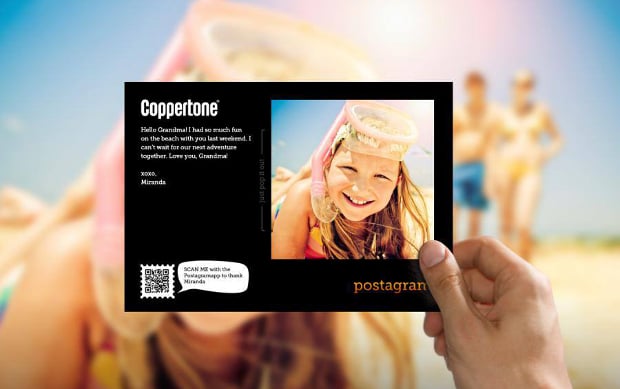 We told you about the Postagram app/service by Sincerely all the way back in 2011 when it first made landfall. Using the free app, users could select photos, pay $1, and have them slapped onto a postcard and sent to whomever they chose.

Now, with help from a few companies that are eager to get their brand in front of your eyes, Postagram is adding the ability to send free, advertiser sponsored post cards that won’t cost you a thing.

The update is already live, so you can check it out for yourself, but the gist is that companies such as Coppertone and Hyatt House will sponsor your postcard by placing their ad on it. Everything else about the card remains the same.

You still get to choose your picture, still send it to whomever you chose, and they still have the ability to pop your glossy, 300dpi photo out of the card to keep while tossing the rest. 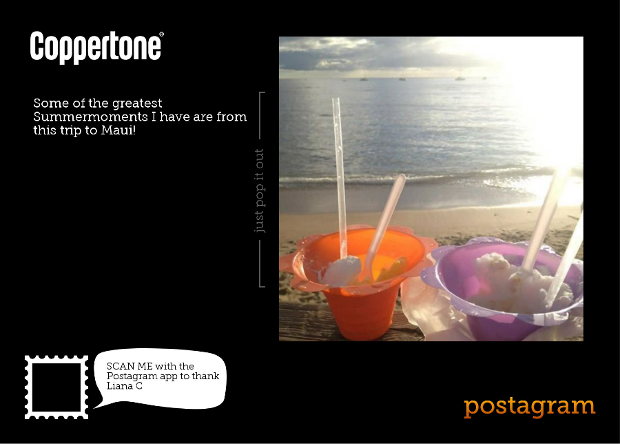 The two companies mentioned above are the first to take advantage of the update, with more to come so you’re not left hanging once their contracts run out. That shouldn’t be too soon though; according to TechCrunch, Hyatt House and Coppertone have committed to providing “hundreds of thousands” of free cards to Postagram’s userbase. Hyatt House is even putting printed cards in 10,000 hotel rooms to encourage guests to download and use the app.

“When you receive a Postagram in the mail, it’s such a joyous thing,” says Sincerely CEO Matt Brezina in a conversation with TechCrunch. “We want everyone to be able to experience that, and brands are saying they want to be a part of that emotional connection in the real world.”

The update is already live on iOS, with an Android update coming in the near future. To download your own copy of Postagram and start sending Instagram postcards to your friends for free, head over to the iTunes App Store here.