Back in 1985, TIME magazine was determined to get more subscribers. We know this because of the special TV offer you see above. If you happen to be around when this commercial aired, all you needed to do was call the number to get a TIME magazine subscription for 40% off, and a free 35mm camera!


If it sounds too good to be true, that’s because it was. The TIME camera was more of a toy camera than anything else, but for a toy camera it was actually fairly high-end. It had a hot shoe that worked, a 50mm lens that took reasonably sharp photos, and a manual aperture ring that gave you the option to choose between f/6, 8, 11, or 16. 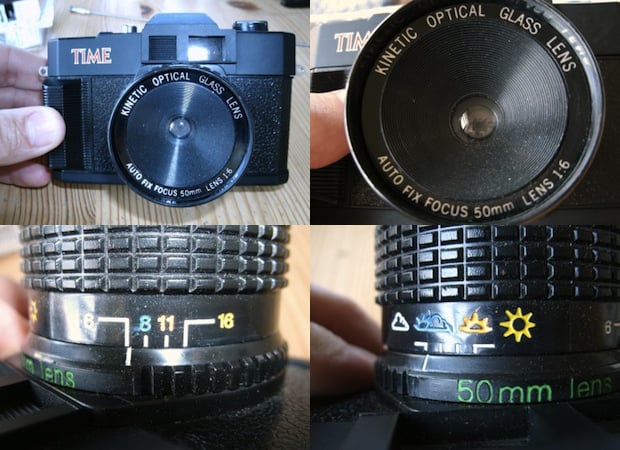 Even better, if you had no idea what aperture was, you could ignore the f-stop numbers and chose instead from illustrations that included cloudy, party cloudy, sunny and very sunny. And just in case the plastic feel of the camera made it seem like too much of a toy, they slapped a piece of lead to the bottom to give it some weight.

Of course, nobody was fooled. The cameras, which were replicated for similar offers by magazines like Sports Illustrated, started rolling into thrift and pawn shops almost as soon as they hit consumer hands. Nowadays, you may find one for a dollar or two at your local Goodwill.

But for a time (no pun intended), it was a gimmick that worked, convincing many a watcher to pick up their phone and dial the number. After all, TIME wasn’t kidding around: they even included a lens cap, a neck strap, and a “handsome” carrying case!