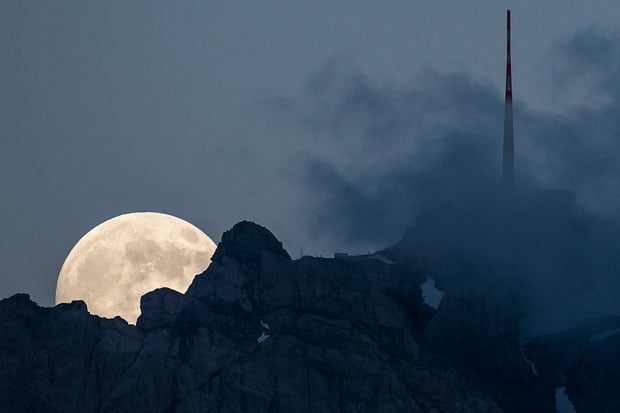 When he first set up his camera in the location, he was disappointed to see that there were clouds covering the peaks and preventing the moonrise from being seen: 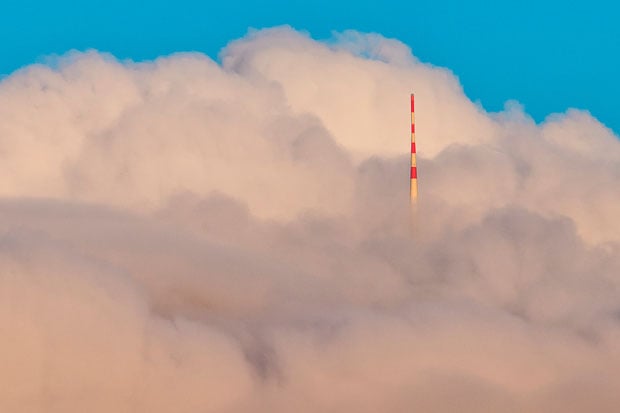 However, he had a fantastic stroke of luck when the clouds suddenly disappeared “just in time” as the moon began rising from behind the peak: 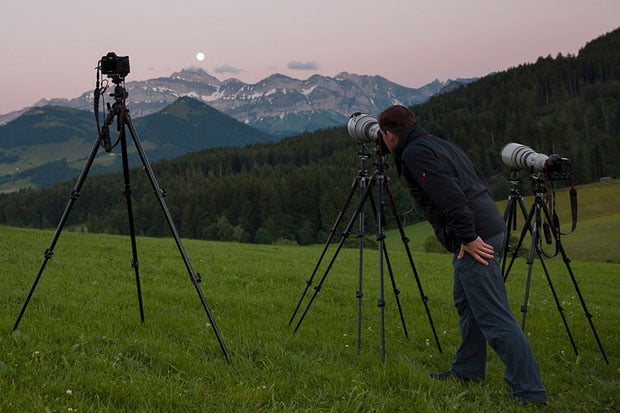 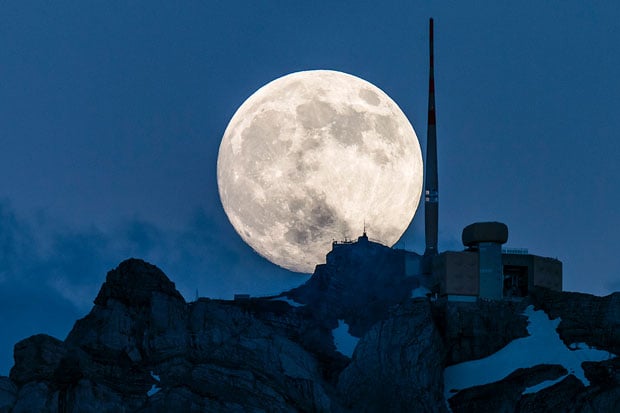 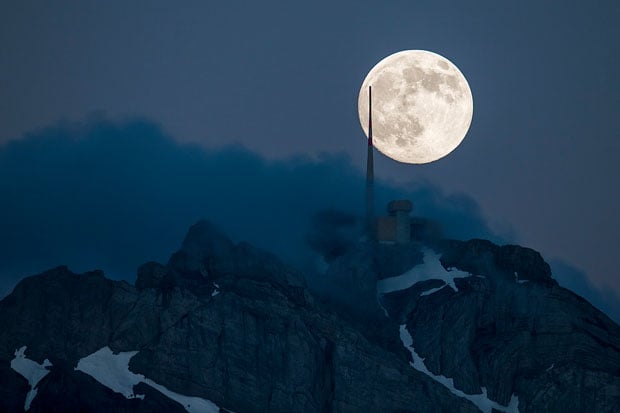 What you see in the frame is the 124-meter-high transmission tower found at the peak of the Säntis. Here’s a closer look: 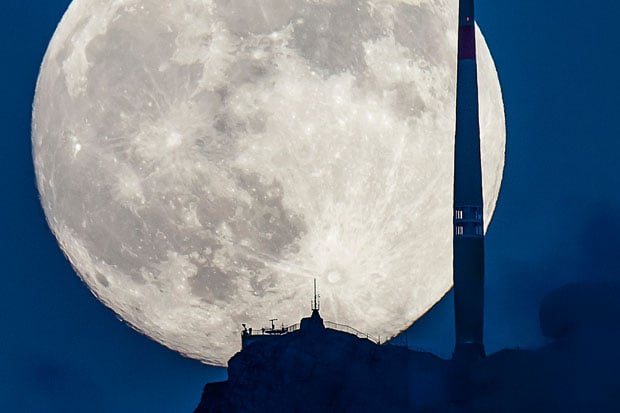 As you can see, there are at least two people in the frame (they’re standing on the left side of the platform looking at the moon): 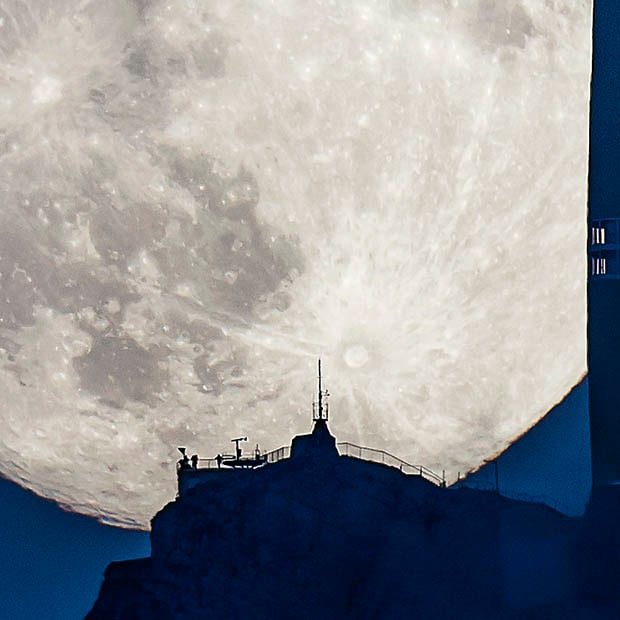 The supermoon is when a full moon makes its closest possible approach to Earth while on its elliptical orbit, making the apparent size of the moon the largest it can be for observers here on Earth. A supermoon is up to 14% larger and 30% brighter than the moon at its farthest point.

Here’s a comparison image showing an “average” moon with a supermoon: 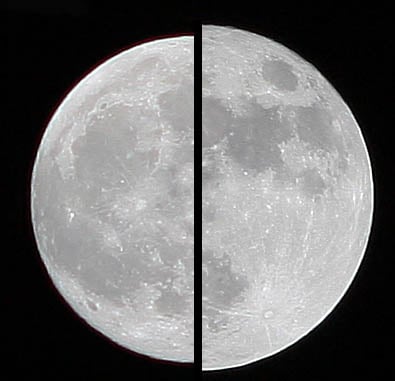 A perfect supermoon (a full moon at the moon’s closest point) only happens once every 18 years or so, but less-perfect ones happen a little more frequently.

P.S. Alessandro has appeared on PetaPixel a few times before. Twice it was to show his frozen cameras from shooting in extreme environments, and once it was when he captured his own camera’s theft in a time-lapse video.