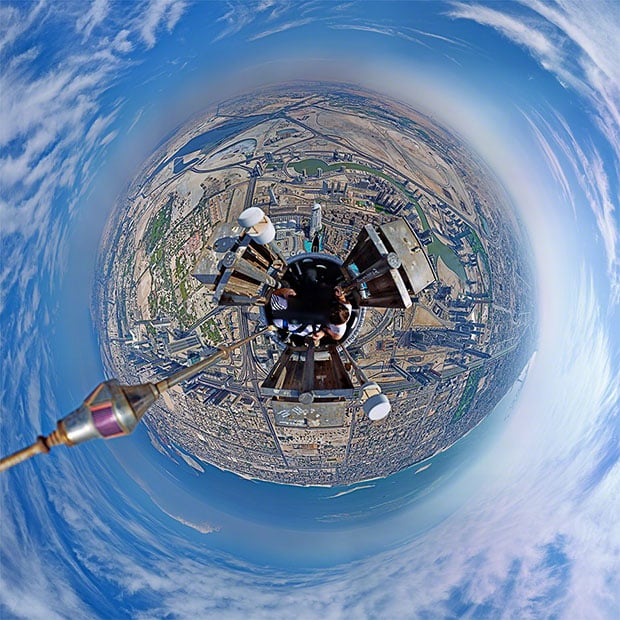 Remember that amazing 360-degree panorama captured from the top of the Burj Khalifa that we shared back in January? Photographer Gerald Donovan created that stitched panorama to show what Earth looks like from the world’s tallest manmade point.

If you want to see what an actual “tiny world” photo looks like when captured from that same spot, look no further than the photograph above.


Donovan released this second image (higher-res version here) after the first one to show what the true “tiny planet” view looks like — a view that shows the skyscraper itself. What you see smack dab in the center of the frame is the pinnacle of the building, with its many components (e.g. lightning conductors, aircraft beacons, cameras, various sensors). We also see the top of photographer Joseph Hutson‘s head: 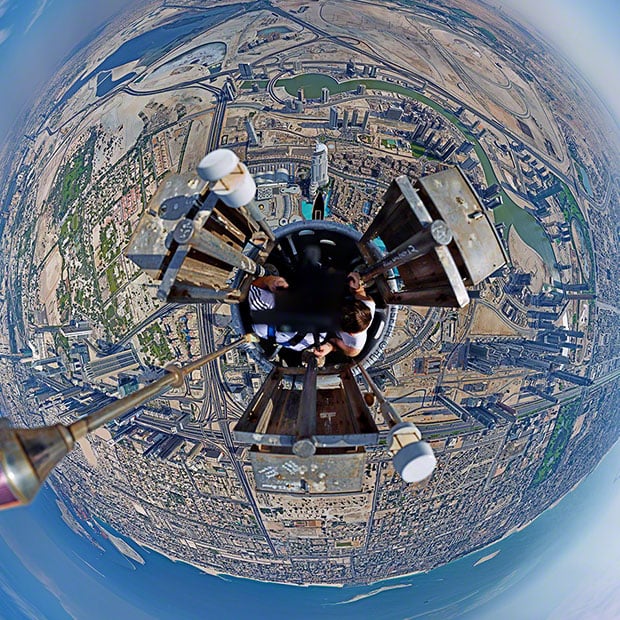 Donovan’s original version back in January was created by manually shooting in 360-degrees around the Burj Khalifa. During post processing, he stitched together 48 separate photographs in a way that completely removed the building itself, resulting in a photo that appears to show a planet: 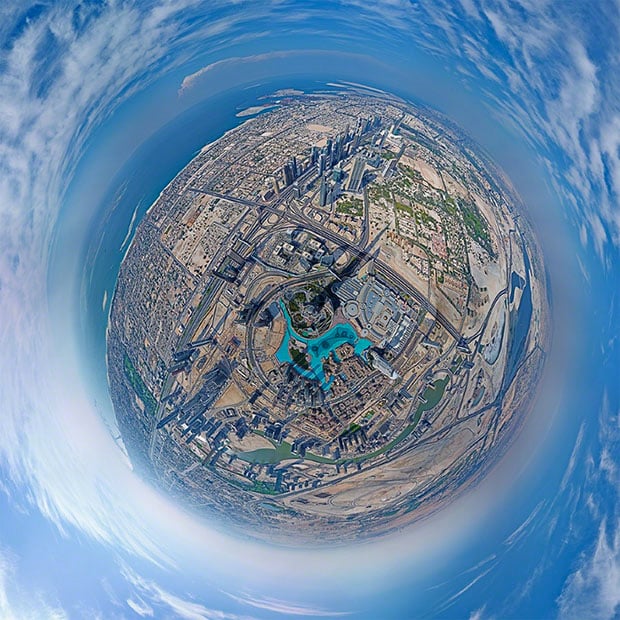 Be sure to check out the original post if you’d like to experience an interactive 360-degree photo.

Image credits: Photographs by Gerald Donovan and used with permission