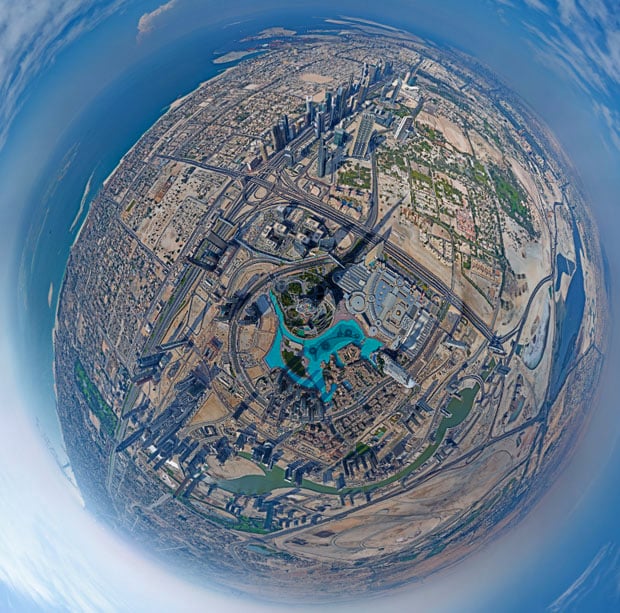 Have you always wanted to see what the world looks like from the top of the Burj Khalifa, the tallest manmade structure in the world? Dubai, UAE-based photographer Gerald Donovan was recently given the opportunity of shooting a photograph from the peak of the massive skyscraper. Not just any ol’ photograph, mind you, but an immersive 360-degree panorama that makes you feel like you’re actually there!


For a peek at how massive and immersive the photograph is, check out this 53-second video that gives a brief tour of the image:

The 2.5-gigapixel photograph was stitched together using 70-individual photographs. 48 of them were 80-megapixel photographs captured with the help of a robotic panoramic tripod. The rest were shot manually by Donovan to fill in areas that the other panoramas missed. (Some of the gaps were caused by features and equipment on the skyscraper itself, which blocked the camera’s view).

The resulting photograph shows the entire region and most of Dubai’s world-famous landmarks.

Want to enjoy the interactive 360-degree panorama for yourself? Click the image below to view it! 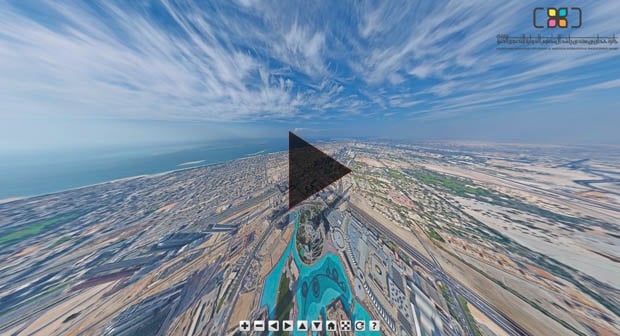 At a whopping 2,722 feet above the ground, the camera is able to capture the curvature of the Earth!