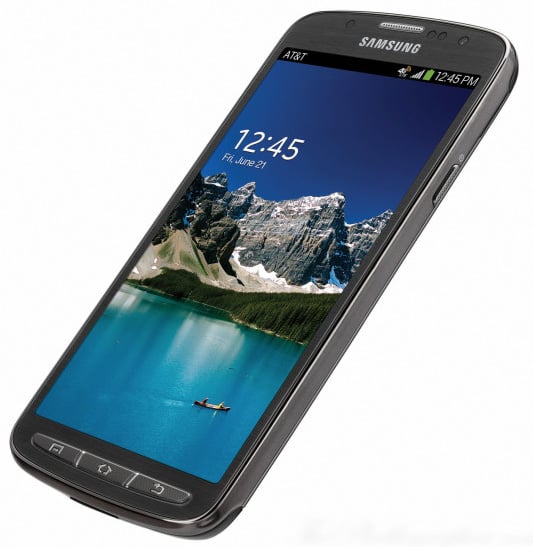 How would you like to bring your cell phone with you into the pool this summer to capture pictures of your precious family moments? You needn’t stuff your iPhone in a plastic sandwich bag, because today, AT&T has announced the Samsung Galaxy S4 Active.

It’s designed to take on mother nature with its IP67-certified weather and dust resistant shell (though AT&T is iffy about calling this one rugged), and it’s capable of capturing both photos and videos submerged underwater in ‘Aqua Mode’ for up to thirty minutes. This camera phone’s maximum depth is about 3 feet.

The phone’s camera module is a downgrade from the standard Galaxy S4 — down to 8-megapixels from 13-megapixels — but that is likely to be attributed to its element-resistant housing. The front-facing camera rings in at 2 megapixels. Included is the ‘Eraser shot’ feature, which Samsung says allows users to “remove unwanted background distractions in your photos and videos with just one touch.”

Samsung isn’t the first to dabble into the mobile-phone-with-under-water-capabilities playground. Last month, we reported that Sony’s Xperia ZR smartphone doubles as an underwater camera. They’re probably not the last of these water-loving smartphones, either.

It raises the question: could these new and improved water- and dust-resistant mobile phones on the market do away with the need for rugged/waterproof point-and-shoot cameras?