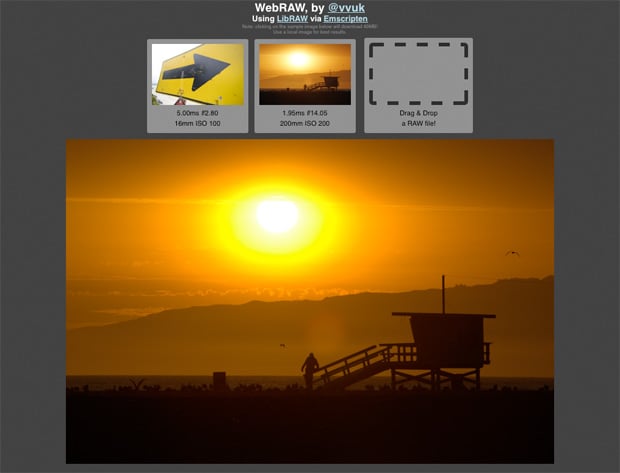 When it comes to viewing and editing RAW photos, many photographers turn to editing software such as Adobe Lightroom or Apple’s Aperture. But one developer hopes to harness the power behind web browsers to view — and potentially edit — RAW image files.

Vladimir Vukićević is the creator of WebRAW, a RAW image viewing utility designed for Mozilla’s Firefox web browser. The tool is basic in nature. The user drags the RAW image into the utility, and the image is displayed with basic EXIF data using AMS.js technology and a compiler called Emscripten.

“Asm.js is getting lots of visibility because it has successfully brought near-native code performance to the web. This is a huge accomplishment, but I think it will take some time until developers figure out how to realize its potential,” says Vukićević.

It’s an interesting concept, and one that opens doors for developers down the road trying to create powerful image-editing utilities in existing applications such as web browsers.

For now, though, WebRAW doesn’t do much.

“It’s obviously not functional for real usage, and is purely an interesting tech demo,” Vukićević says. 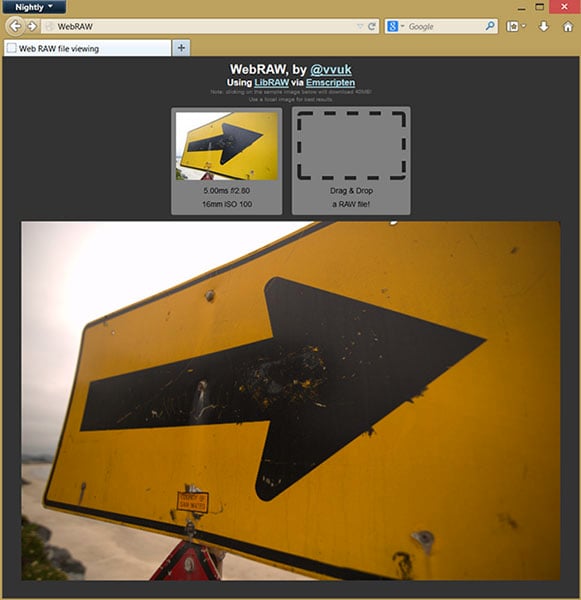 On the matter, Vukićević says, “I hope they succeed! They’re not using asm.js, and instead have custom decoders written to take advantage of WebGL, thus offloading much of the processing to the GPU. This is a great approach for performance, but it does mean that they are limited in the formats that they support – currently, only support for Adobe’s DNG is present”.

Perhaps in a few years we’ll all be post-processing our RAW photographs in free web browsers rather than through fancy (and pricey) photo-editing programs!

(via Vladimir Vukićević via Popular Photography)

Sluggish Canon EOS M Autofocus Will Be Up to 2.3x Faster with Firmware Update