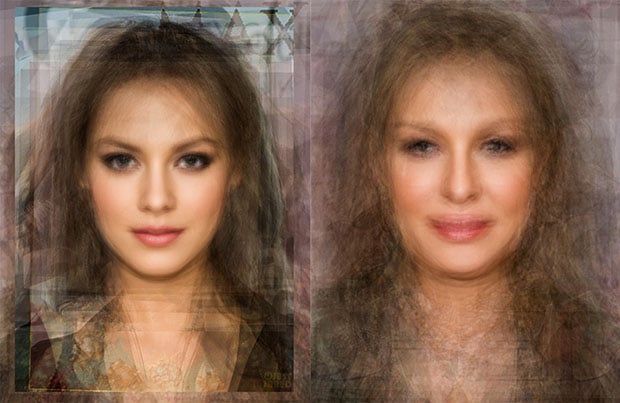 A while back, PetaPixel posted some features about image averaging and faces. Richard Prince created a composite portrait of the 57 faces of girlfriends on Seinfeld. This led to Pat David exploring the averaging of faces with Martin Schoeller’s portraits of celebrities.

I’ve long been interested in image averaging as well; as a measure of central tendency, I like that image averaging can highlight similarities and differences across an array of seemingly equivalent images.

I first came across image averaging in college, about three years ago, and more recently while studying psychology at degree level. Initially, my interest was spurred by Jason Salavon and Krzysztof Pruszkowski. Salavon averaged images from particular ‘sets’. For example, ‘Kids with Santa’ is an average of 100 pictures of which children pose with Santa. 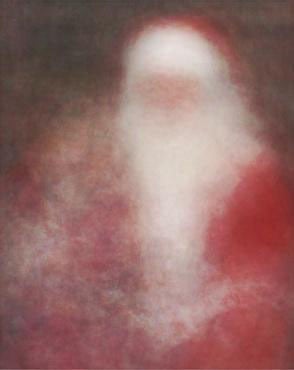 Pruszkowski, much earlier, used modified cameras in a process called ‘photosynthesis’ to create such averages. You can see this in ‘60 Passagers de 2e Classe du Metro’. 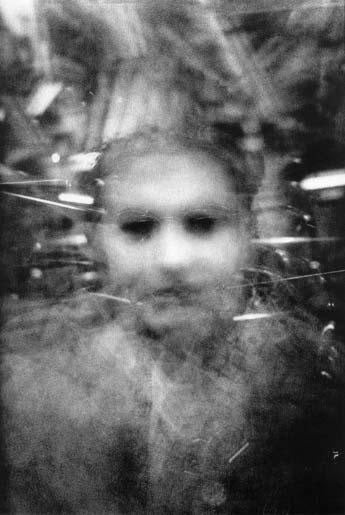 What interests me, is that averaging can be used as a comparative tool. It can illustrate both the formulaic and inconsistent – as you can see in Salavon and Pruskowski’s images. I found, recently, that averaging is used extensively in face research in the psychological field.

Francis Galton used averaging, as early as 1878, to discern links between physical appearance and psychological traits. Aside from his eugenicist motive, he did find that average faces tended to be deemed more attractive. Later capitulations showed that 32 averaged faces were considered more attractive than 2.

Face averageness and it’s relation to physical attractiveness has been explained in terms of genetic heterozygosity. Average features, such as faces, may point to overall genetic health and resistance to parasites.

Subsequent research has shown attractive individuals are seen as more trustworthy and having lower levels of stress. I’m saying this, because it’s possible that attractiveness is not arbitrary and may provide cues we aren’t aware of. If you were to take a Darwinian perspective, you could assume that attractive faces are a result of mating success and that typically attractive faces follow a certain pattern.

A ‘model’ of such nature does exist. The Marquardt mask devised by Stephen Marquardt uses the golden ratio of 1.618 to display the archetypal attractive face for males and females. Although it seems to be the gimmick that would appear as a cut-out in low-end gossip magazines, it does seem to hold some truth. You can see this with Angelina Jolie below. 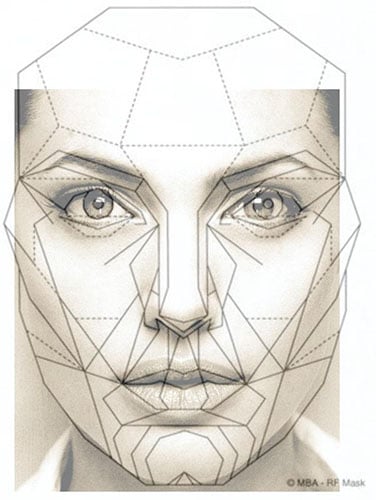 This all leads me to my little ‘experiment’ using averaging. Essentially, I wanted to see if ‘attractive’ faces conformed to a sort of beautiful framework and if ‘unattractive’ faces did not.

To do this, I had to gather my sources of attractive and unattractive faces for both males and females. To avoid the beauty-in-the-eye-of-the-holder debate, I took names of celebrities that appeared most across opinion polls in terms of most and least attractive. I’m not saying that Maxim’s hot 100 is an entirely reputable source, but having cross-referenced the names across various other lists and polls; at least I can say the faces used are not based on my opinion.

As per the finding that 32 faces are seen as more attractive; I used this as the threshold for the amount of faces to average. The selection of images to use was based on my own criteria: facing forward, eyes looking into the camera, limited facial expression, decent size and decent colouration.

For each ‘category’ (Male and female, attractive and unattractive) I aligned and resized the images, until the internal features of the face (eyes, nose, lips and chin) were as aligned as feasibly possible. Then they were averaged.

These are the averaged images in sets of females and males. They’re comparisons of attractive (left) and unattractive (right) averages: 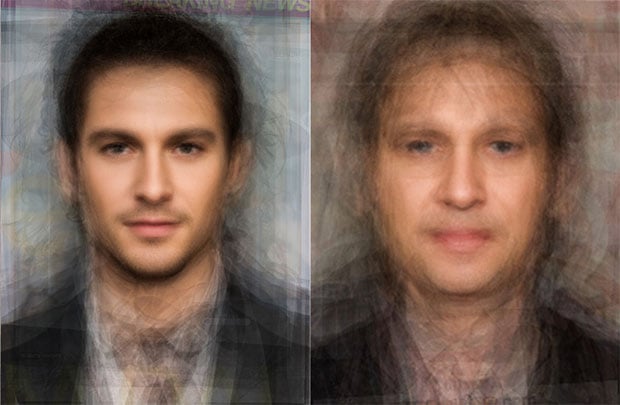 Here are those same attractive and unattractive faces with a Marquardt mask overlay: 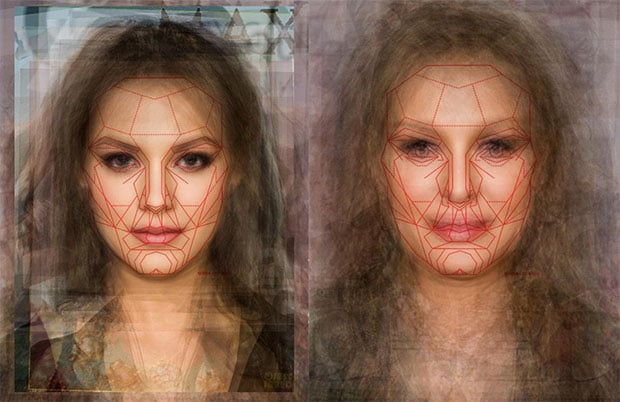 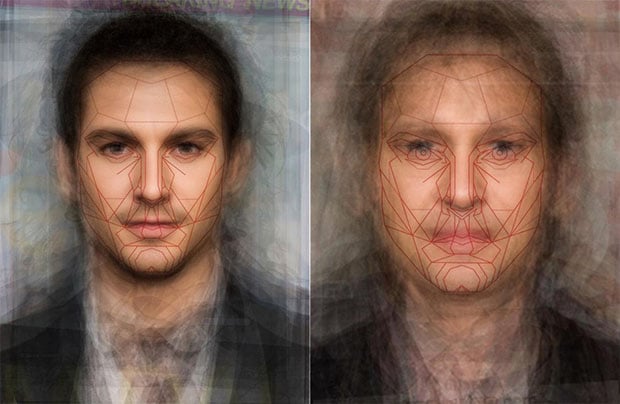 What’s interesting is that attractive male and female faces seem to have similar structures and similarities. When aligning the images in Photoshop; I could see that faces which appeared completely different actually have similar basic proportions. You can see this in the averages and in relation to conformity with the Marquardt mask.

The most interesting aspect, to me, is the incoherence seen in the ‘unattractive’ averages. Attractive faces seem to conform to a basic attractive structure, with little variance of internal features. Unattractive faces have more varying features – this would explain why the unattractive averages are less coherent.

I tried to make this little exploration as objective as possible, which is difficult when judging attraction can be seen as a subjective process. But, it is interesting to see that attractive faces follow a particular pattern (according to the opinions of the polls I used). Maybe it is the case?

Maybe pure physical attraction to faces has conventions; that is, without factoring in socialization, culture, personality and individual desires. But since we are rarely separated from those factors; I couldn’t draw a definite conclusion.

About the author: Bill Lytton is a photography enthusiast and psychology student at Goldsmiths College in London. Visit his Flickr page here.