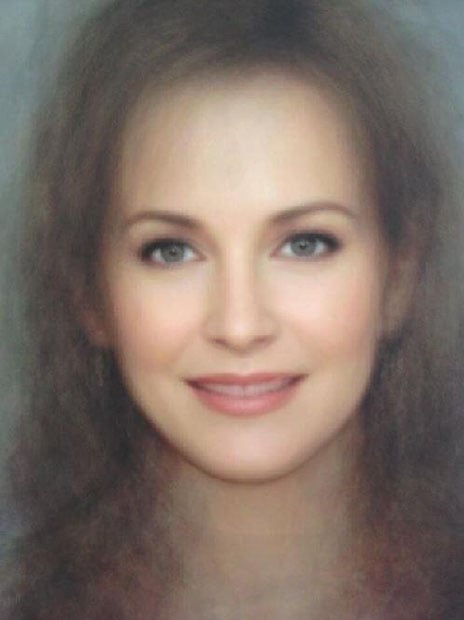 The woman in this portrait doesn’t actually exist. The face is actually the average of 57 different women — 57 girlfriends that appeared in episodes of the popular TV sitcom Seinfeld.

The image is actually the latest appropriation artwork by photographer Richard Prince, who says he found photographs of 57 of the girlfriends on Google.

He then took the images, printed them as 8×10-inch photos, and handed the prints off to Two Palms Press to have them turned into the composite seen above.

Through his Twitter account, Prince revealed that one of the 57 faces was this newspaper photo of Sarah Silverman (she appeared in the episode “The Money“): 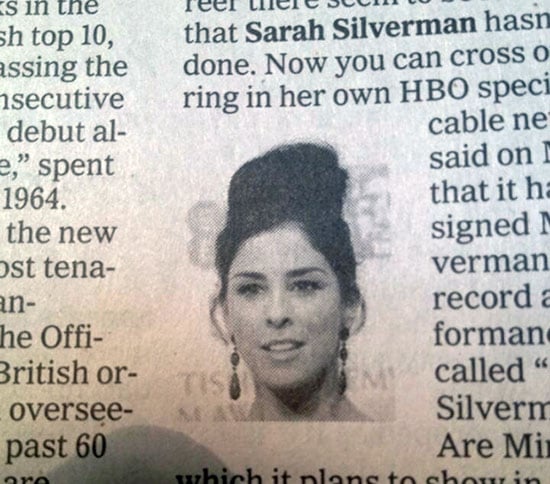 Prince has been exhibiting the artwork, titled “Jerry’s Girl,” and is planning to sell it as a limited edition of 57 prints.

If you find this concept of blended portraits interesting, be sure to check out this project in which a young woman averaged 500 of her self-portraits, and this project featuring the average faces of women in 40 countries around the world.

(via ANIMAL NY via Mashable)

P.S. Late last week, we reported that a judge had overturned a previous copyright infringement ruling against Prince, finding that his use of photographer Patrick Cariou’s photos was “fair use.”