In a recent video, the people over at BuzzFeed decided to put numbers to all of the things that happen online every single minute. And in-between facts regarding how many Google Searches and Tweets go out every 60 seconds, they also included a few really interesting photo facts.

We all know that the ability to take photos with our phones has increased uploads exponentially. More photos are being taken today than ever before in history. In fact, some estimates suggest that more photos are taken each day now than were taken in the first 100 years photography existed. 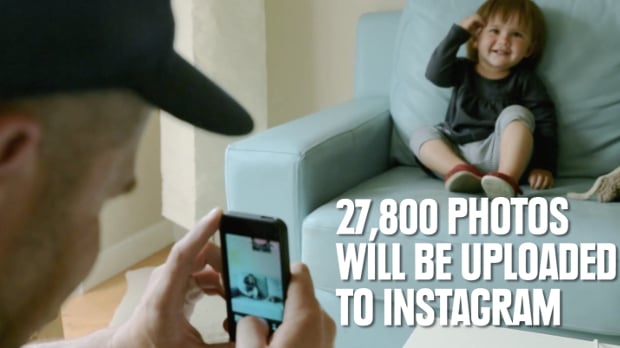 According to a recent presentation by Yahoo!, 2014 will likely yield some 880 billion photos if they continue to be taken at the current rate. And that’s not even considering the increase in volume that wearable cameras like Google Glass will likely usher in.

As far as the interesting info in this video, it seems that, in the next 60 seconds, 27,800 photos will be uploaded to Instagram. Those, in turn, will produce some 510,000 likes. Facebook alone will receive 208,300 uploads in the next minute, which would translate into almost 9 billion per month (the company itself has revealed they receive over 6 billion). 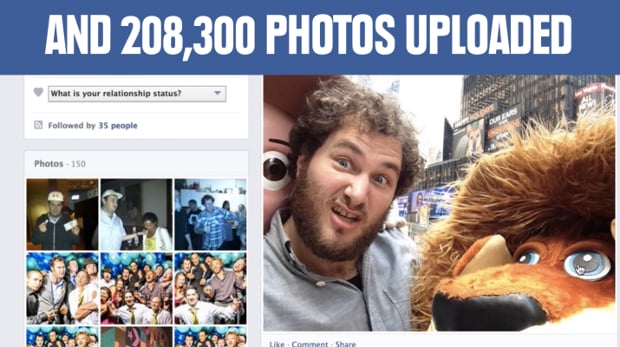 Of course, this is only the tip of the iceberg, so to speak. If you could factor in all of the other photo upload and storage services and ignore any duplicates, the number of photos uploaded to the Internet every minute would be astronomical. This video just serves as a reminder that you should never miss a photo opportunity, because someone else won’t.