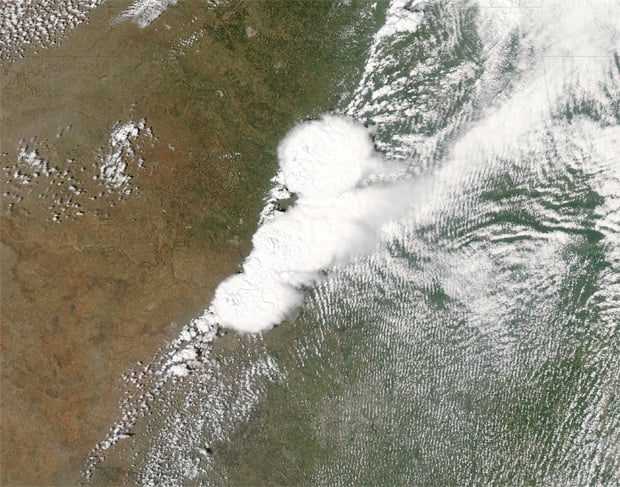 NASA has today released a series of images along with a video following Monday’s devastating thunderstorms that produced an F-4 tornado (winds between 166 and 200 miles per hour) that touched down in Moore, Oklahoma. Several satellites were used to provide forecasters with the latest imagery.

NASA’s Aqua satellite was responsible for a visible-light image which provided a high-resolution look at the storm. The NOAA GOES-13 satellite provided images of the storm every 15 minutes, and the NASA/NOAA Suomi National Polar-orbiting Partnership satellite observed lightning from the system.

At the end of the day, GOES-13 imagery was put together as an animation by the GOES project team at the Goddard Space Flight Center in Maryland to create a short video:

Beautiful infrared night time pictures were snapped by the Suomi NPP satellite showed that the storm was still going strong, even after the worst of the storm system had passed. 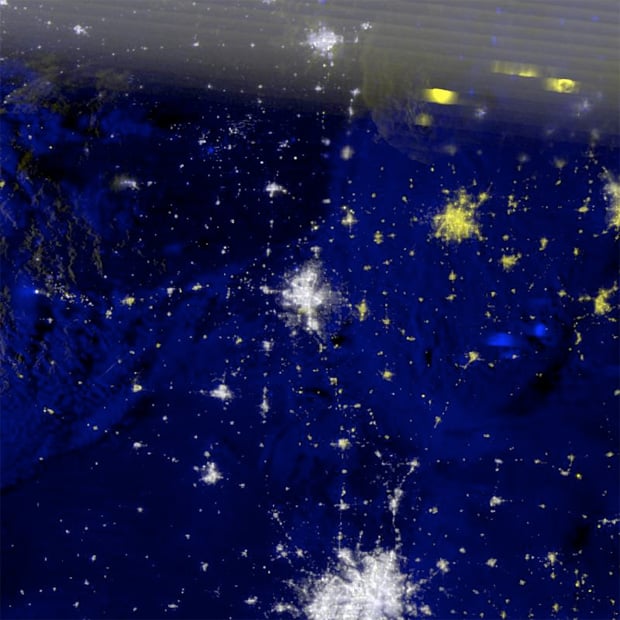 Satellite photography has played a crucial role in keeping forecasters up-to-date with the latest weather information. As such, this information (in conjunction with numerous other data sources) has allowed for advanced warning to those in the path of a storm, subsequently saving lives.

Here’s a side-by-side comparison of nighttime photos showing the Moore, Oklahoma area before (left) and after (right) the storm: 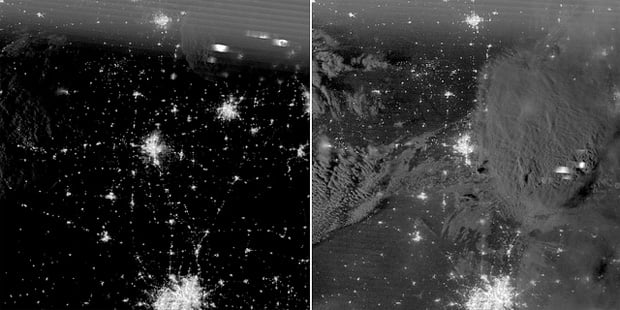 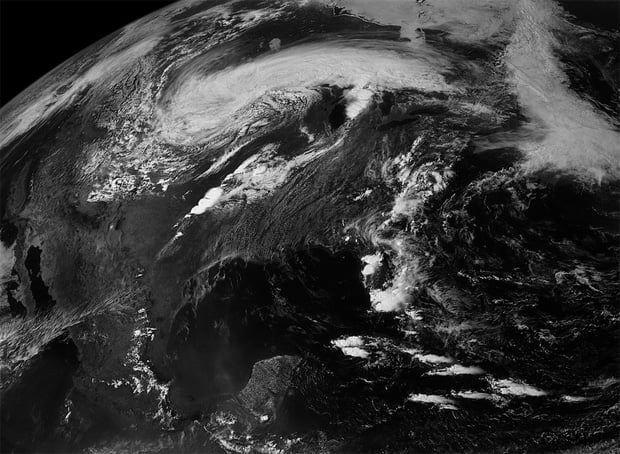 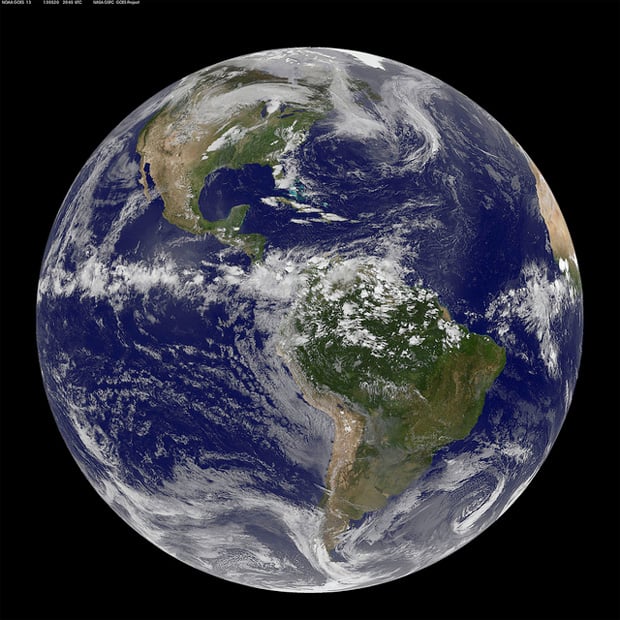 You can view more pictures of the storm by visiting the Goddard Space Flight Center Flickr.

PhotoPills: Plan Photo Shoots With the Sun and Moon Using Your iPhone

10 Easy Tips and Tricks for Looking Better in Photographs