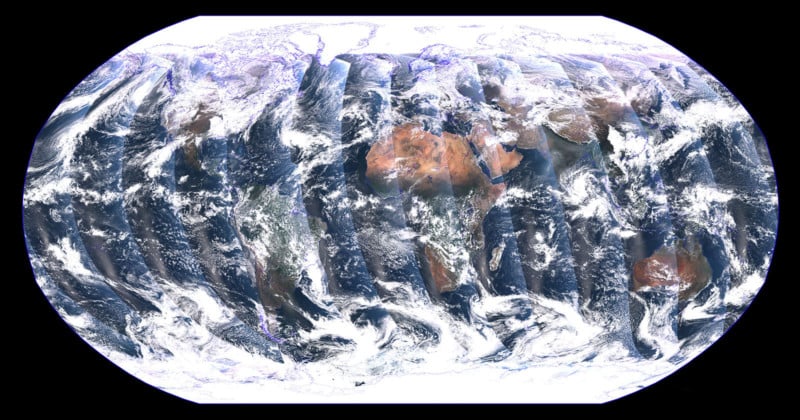 A recently launched NASA satellite has sent back this stunning mosaic image of Earth, captured over a 24-hour period.

NOAA-21 was launched on November 10 and captured the incredible photo composite on December 5 and December 6.

Unlike geostationary satellites, polar-orbiting satellites capture swaths of data throughout the full globe and observe the entire planet twice each day.

As noted by Space, NOAA-21 is the second operational satellite in a series of polar systems

It is the second in a series of polar satellite systems, with the first one, NOAA-20, launched in November 2017. NOAA is an abbreviation for the National Oceanic and Atmosphere Administration.

Aside from beaming back marvelous imagery, VIIRS provides global measurements of the atmosphere, land, and oceans. Over the oceans, it measures ocean color that helps detect harmful algal blooms, and monitors phytoplankton activity, as well as sea surface temperature, a key ingredient for fueling hurricanes. 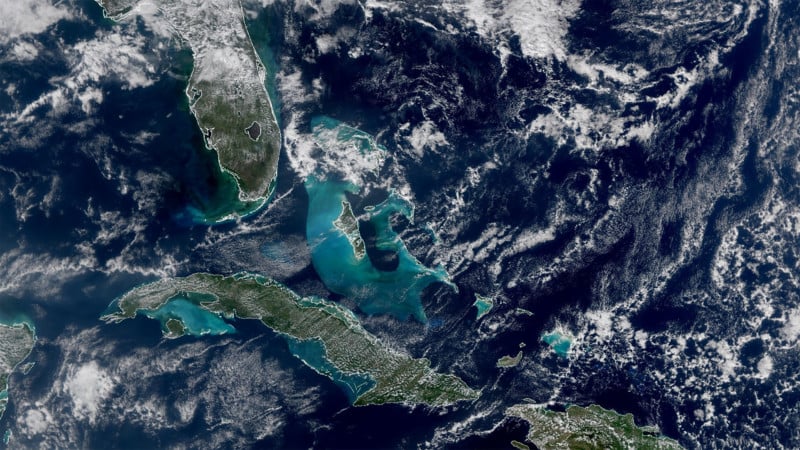 The above images show the ocean’s color around the southern tip of Florida and the Caribbean.

Dr. Satya Kalluri, Joint Polar Satellite System program scientist, explains: “The turquoise color around Cuba and the Bahamas is due to sediment in the shallow waters around the continental shelf.

VIIRS can also monitor the intensity of wildfires, droughts, and floods. Below is an image of Northern India covered in haze and smog generated from agricultural burning. The snow-capped Himalayas and the Tibetan plateau are also visible to the north. 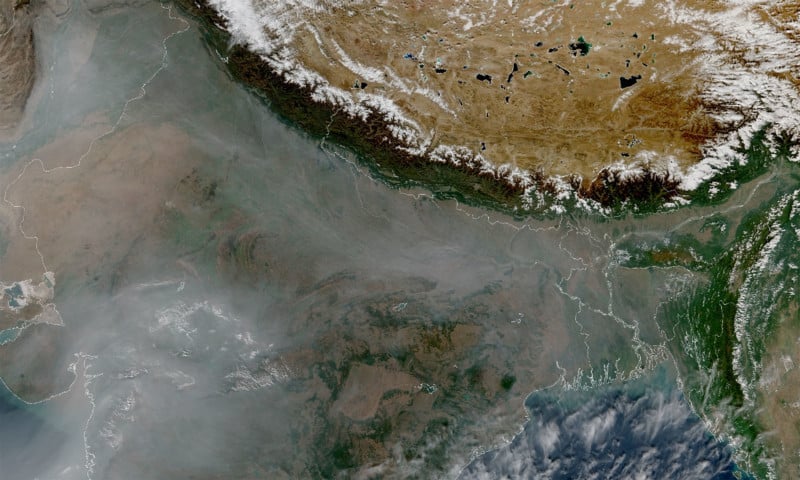 “One of its most important uses is imagery over Alaska,” Dr. Kalluri says.

“Up there, the satellites that provide the best imagery are polar-orbiting satellites.”

One of the unique features of VIIRS is the Day-Night Band which captures images of lights at night, including city lights, lightning, auroras, and lights from ships and fires.

The weather satellites are a joint operation between NOAA and NASA.