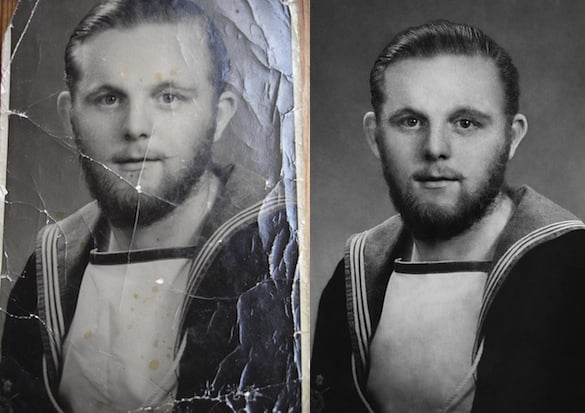 Redditor Steven Withey‘s grandfather Derek is an 87-year-old WWII veteran who served in the Royal Navy, and a little while back he showed his grandson a badly damaged Navy photo (of a photo) of himself as a 20-year-old.

He had showed him the photo in the hopes that his technologically savvy grandson could maybe touch it up a bit, but given the massive creases and tears he didn’t have much hope. It turns out he needn’t have worried, because in this particular case, Reddit came to the rescue. 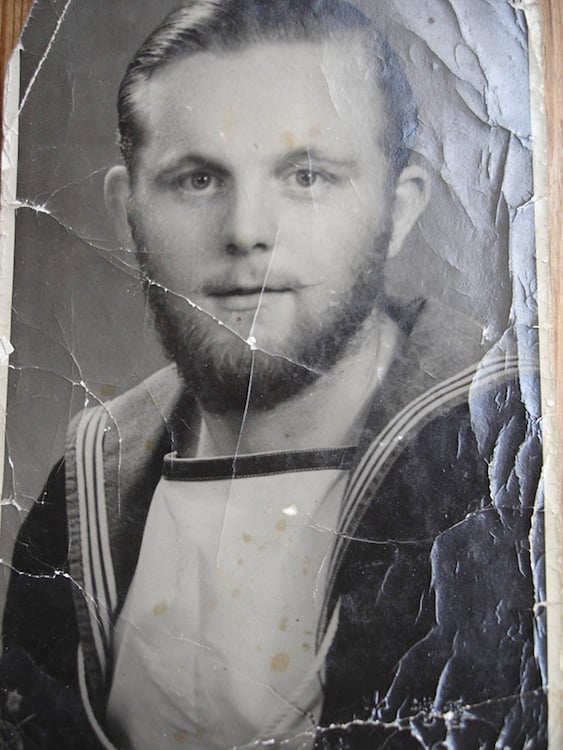 Withey uploaded the original photo to Reddit and asked if anybody could help touch it up for his awesome WWII veteran grandfather. Reddit delivered in spades. After several iterations and three painstaking hours of editing by user Dave Humphreys, we have the photo below.

The cracks and creases are gone, the table in the background is no more, the distortion that resulted from this being a photo of a photo was removed, and Withey’s granddad even reclaimed some hair that wasn’t in the original crop. 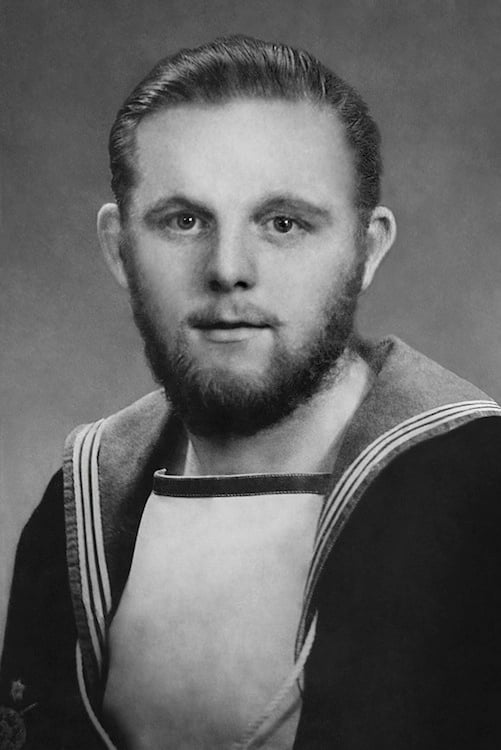 Finally, in order to wrap this story up nicely and show the kind editors on Reddit just how much of an impact they made, Withey had his girlfriend videotape him as he showed his grandfather what the Internet had done in his honor:

Going From Exclusively Shooting RAW to Adding JPEGs to the Mix