“Your darkroom is now a datacenter.” That’s the thought and slogan behind a huge update that Google+ Photos is rolling out over the next week. Many people already considered Google+ the photographer’s social network because of the many features Google has built into the system over the years — this announcement is another giant leap in that direction.

The announcement is focused around four entirely automatic features for Google+ users: Auto Backup, Auto Highlight, Auto Enhance and Auto Awesome. The video at the top will give you a brief overview of what each feature does, but the story goes something like this:

Auto Backup, also known as instant upload, allows Google shooters to automatically beam their photos to the cloud as they’re taken, making sure they don’t get stranded in the bowels of your phone. You get unlimited storage for photos smaller than 2048px, and 15GB of storage (shared between your photos, Google+ and GMail) for anything bigger than that. 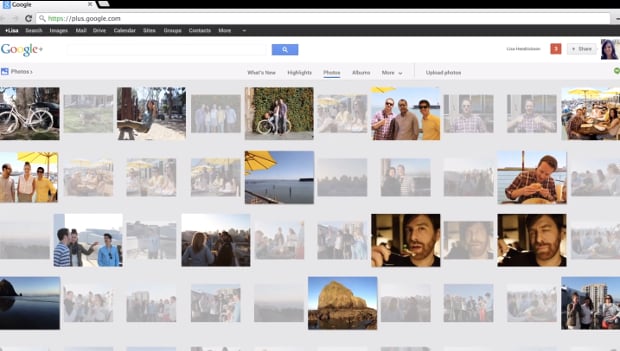 Next, Google’s Auto Highlight feature uses complex algorithms to, what else, highlight the best photos from your archive, tossing out duplicates as well as pics plagued by blur, red eye or other displeasing attributes.

Auto Enhance then takes those highlighted images and applies automatic corrections (the result of Google’s Snapseed acquisition perhaps?). The photos will be enhanced in every way: brightness, contrast, saturation, structure, noise, focus, and many other factors will be automatically tweaked to provide the best outcome. 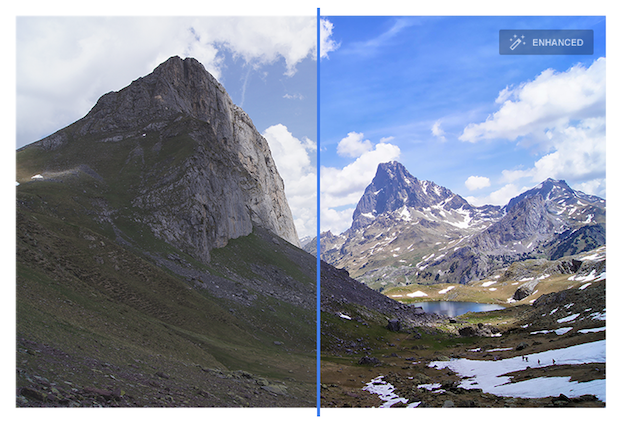 Finally, Auto Awesome is the fun, albeit less essential, cherry on top. The feature will automatically create animated GIFs if it detects photos taken one right after the other. It can also stitch your family’s best smiles from several pictures together into one composite.

Given that Google is messing with your photos here, we were glad to hear that the originals are preserved. Enhancements can be done manually as well, and global or individual auto enhance can be turned off anytime.

Some have said that this new combination of features has to potential to displace Lightroom. And while we wouldn’t go that far, it certainly will make storing, organizing and editing massive archives of photos a cinch for those who trust Google to do a decent job of it.

Head over to the Google+ Project Blog for more details or log into your own Google+ account to check out the features for yourself.

Going From Exclusively Shooting RAW to Adding JPEGs to the Mix