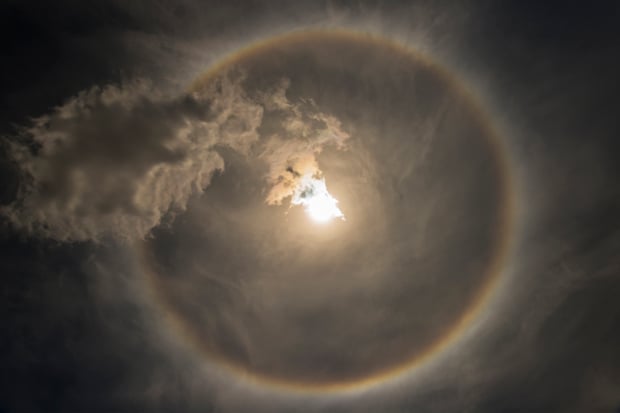 Earlier today, residents of New York and the surrounding area were privy to a really amazing celestial treat; it’s called a Sun Halo, and one spent some time today hovering over The Big Apple and making people wonder if Martians were finally invading.

Fortunately (or not, depending on how you feel about it), there were no Martians, just a cool and somewhat rare phenomenon that had people and photographers turning cameras to the sky all day. One such photographer was Richard Silver, who was kind enough to shoot us an e-mail and offer to let us display the photos he had taken.

For those of you who aren’t familiar with meteorology, a Halo is a type of optical phenomenon that can happen around the sun or moon. It’s also referred to as a 22-degree halo because it forms a ring exactly 22-degrees from the sun.

In order for a Sun Halo to happen, a thin veil of high-level clouds has to put some hexagonal ice crystals at exactly right spot. Once they’re in place, these particles refract light twice (on the way in and way out) bending the light approximately 22-degrees from its intended path and producing a ring of light around the sun that goes from red (~21.54°) on the inside to blue (~22.37°) on the outside.

Here are a few more of Silver’s pictures of the phenomenon: 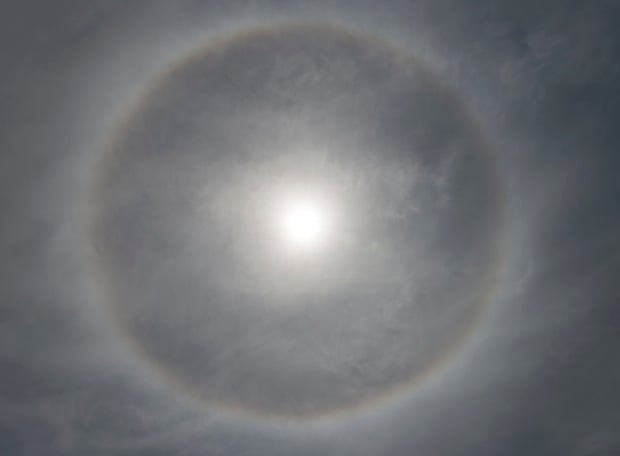 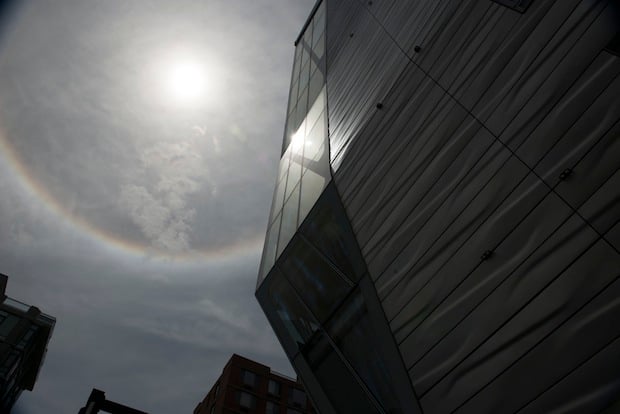 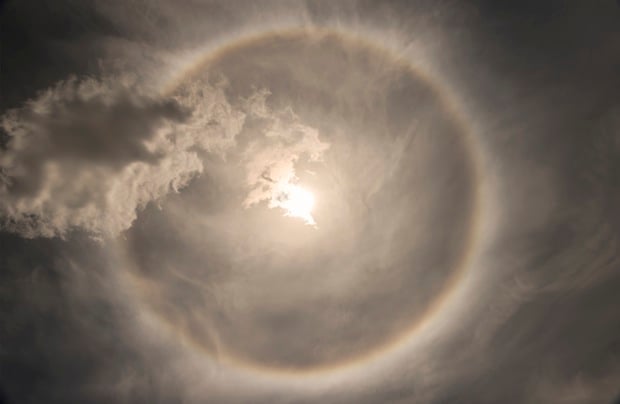 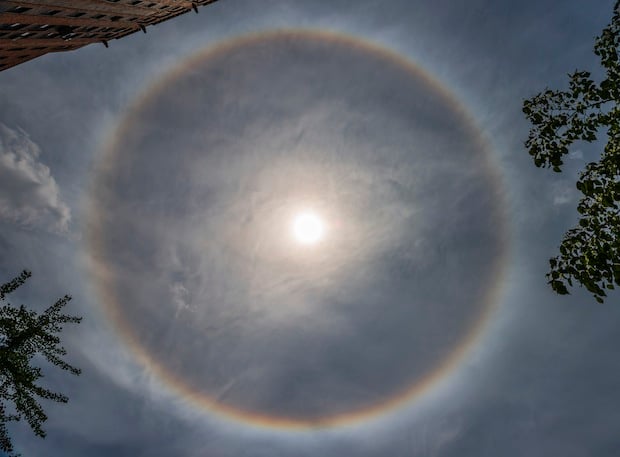 If you want to see more Sun (or Moon) Halo pictures, feel free to Google “New York Sun Halo” and you’ll wind up with plenty of options. Several people even took videos of the phenomenon, with varying levels of “double rainbow” amazement included.

Image credits: Photographs by Richard Silver and used with permission.

Tutorial: How to Get the Perfect Photo of a Steaming Cup of Coffee