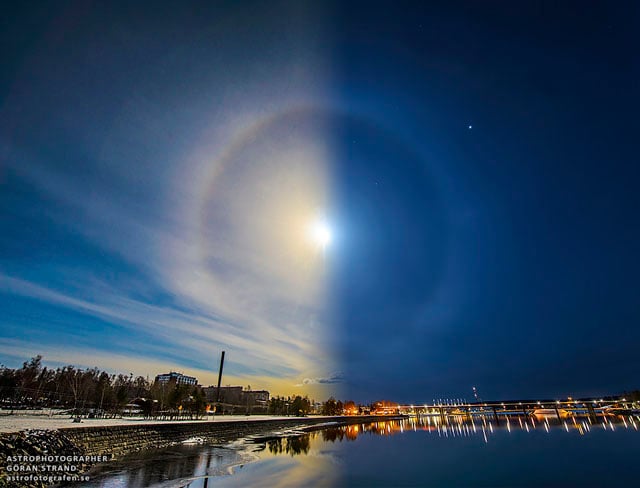 This unique and beautiful image shows sun and moon haloes side by side. There was perfect halo conditions in the sky yesterday in Östersund, Sweden, so Swedish astrophotographer Göran Strand went out and shot a photo of the 22° solar halo.

10 hours later, after day had turned to night, Strand returned to the exact same location and photographed the moon with its 22° lunar halo. The image above is a photo that blends the day and night images together with the halos perfectly matching.

“It’s quite interesting to see these two halos side by side,” Strand writes. Although the sun’s diameter is about 400 times larger than that of the moon, it’s also about 400 times farther away, which causes the sun and the moon to appear at roughly the same size in the sky.

Here’s the photograph Strand captured of the Sun: 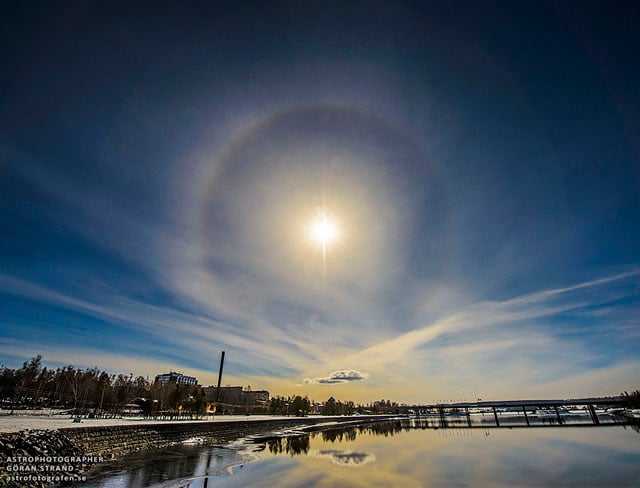 …and here’s the image he captured of the Moon 10 hours later: 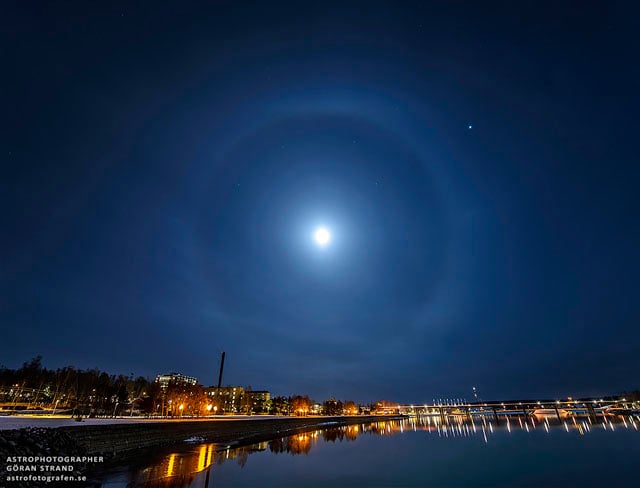 Image credits: Photographs by Göran Strand and used with permission

A Conversation with David Hobby of Strobist About Lighting

Dark and Haunting Portraits of People Struggling with ‘Emotional Cancers’