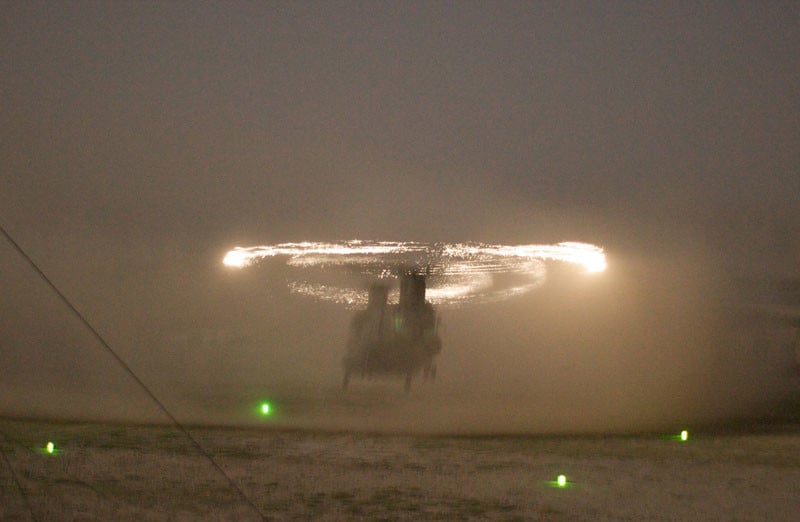 While embedded with troops in Afghanistan in the late 2000s, war photographer and writer Michael Yon captured numerous photos of the sparkling halo that can appear when a helicopter’s rotors hit sand and dust. Upon finding that the particular phenomenon didn’t have a name, Yon gave it one that honors two fallen soldiers: the Kopp-Etchells Effect.

The name “Kopp-Etchells Effect” is now widely used when referring to dazzling helicopter halos, which commonly appear when powerful military helicopters take off or land in sandy environments. 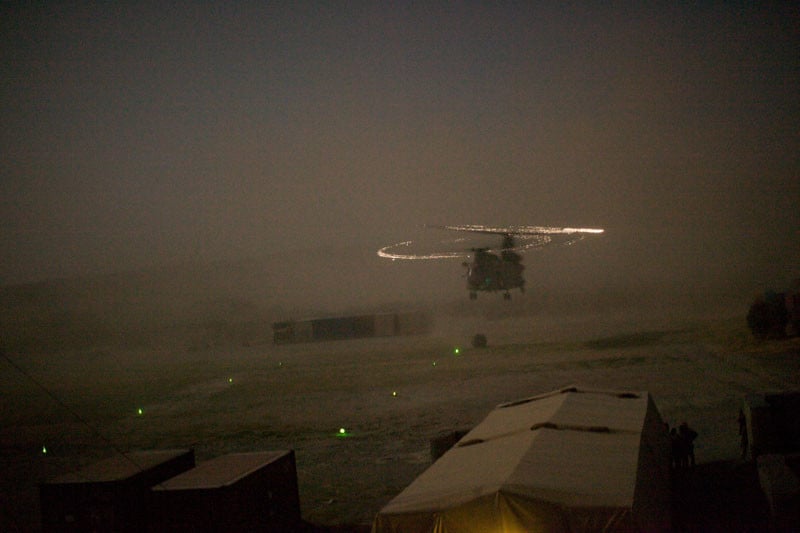 After asking around, Yon found that none of the American or British pilots around could give a name for the glowing rings of light. All they could tell him is that it was caused by sand hitting the titanium and nickel abrasion strips on rotor blades and eroding their surfaces. The cloud of tiny metal particles spontaneously ignites in the air (a “pyrophoric oxidation of eroded particles“), creating a visible corona. 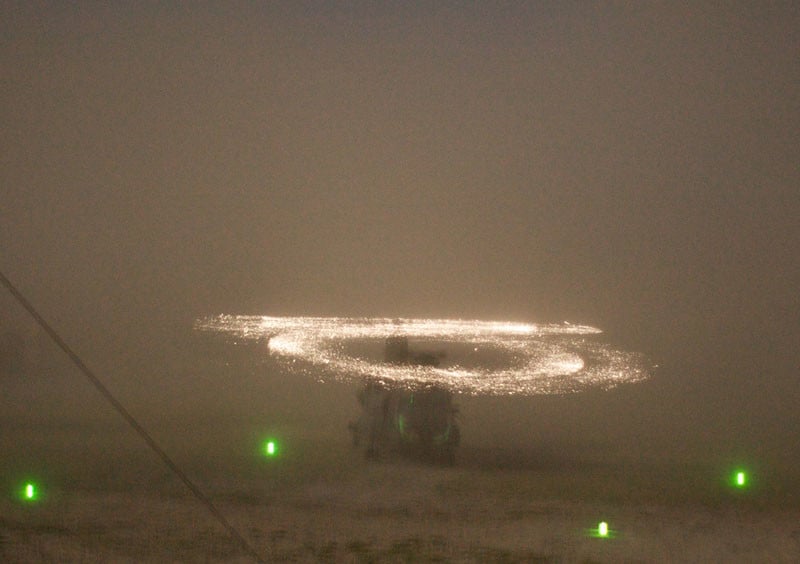 “How can the helicopter halos, so majestic and indeed dangerous at times, be devoid of a fitting name?” Yon wrote in a dispatch in 2009.

So, the former Green Beret decided to name the phenomenon himself. After spending 2 weeks trying and failing to come up with a good name, Yon’s mind turned to a 21-year-old US Army Ranger named Benjamin Kopp and a 22-year-old British soldier named Joseph Etchells, both of whom were killed in battle in Sangin, Afghanistan, that year.

“And so a fitting name had arrived to describe the halo glow we sometimes see in Helmand Province: Kopp-Etchells Effect, for two veteran warriors who died here,” Yon writes. “The Kopp-Etchells eponym can be seen as a cynosure for the many who have gone before the Corporals, and those who will follow.” 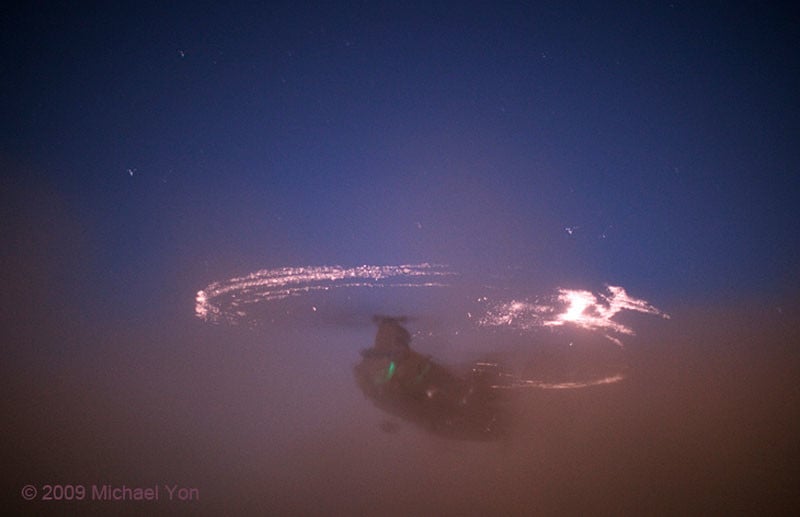 And that’s how one of the most beautiful sights you’ll see in a war zone was given a name that honors the lives of fallen soldiers.

Image credits: All photos by Michael Yon and used with permission

5 Lesser Known Photoshop Shortcuts to Speed Up Your Editing