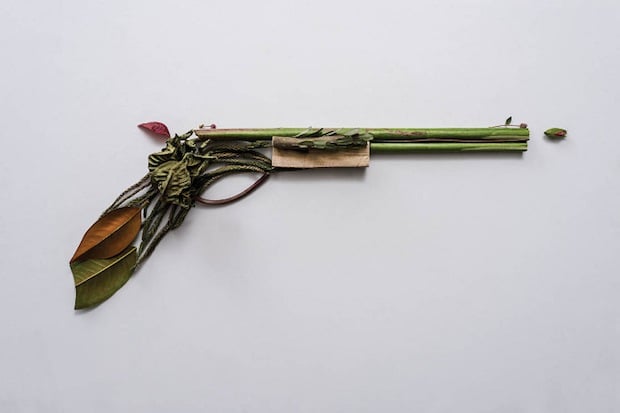 Here’s a great photo series by artist Sonia Rentsch that quite literally takes the “fire” out of firearms. Dubbed “Harm Less,” the series consists entirely of weaponry made out of only organic materials.

The series of sculptures was created by Rentsch for January Biannual, a periodical dedicated to “beauty, intelligence and timelessness.” Once she had constructed the handguns, hand-grenade and bullets, she enlisted the help of photographer Albert Comper to actually take the photos themselves.

It’s a short series, but one that makes a subtle (yet powerful) statement about violence, weapons and gun culture. Rentsch’s “Harm Less” sculptures have stirred up conversations about everything from violence within nature, to how nature’s beauty overcomes such things: 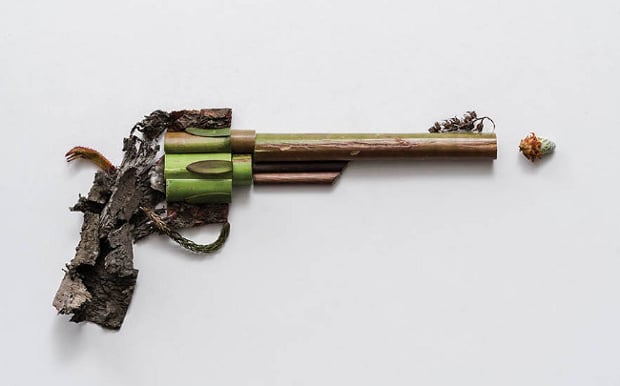 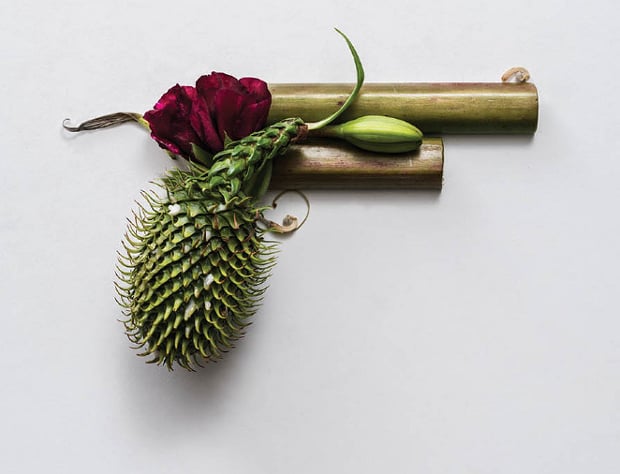 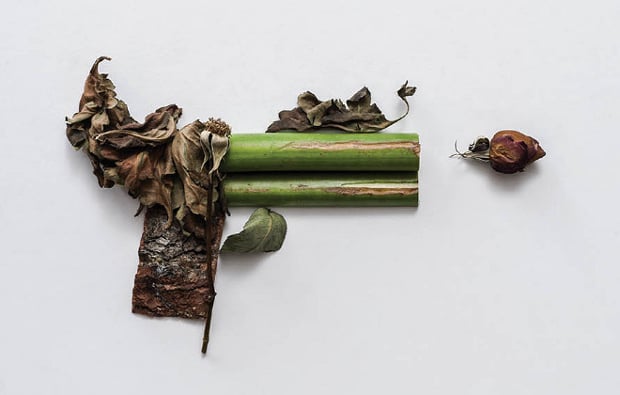 To see more from Rentsch or Comper, head over to either of their websites by clicking here or here, respectively.

Image credits: Photographs by Sonia Rentsch and Albert Comper and used with permission.