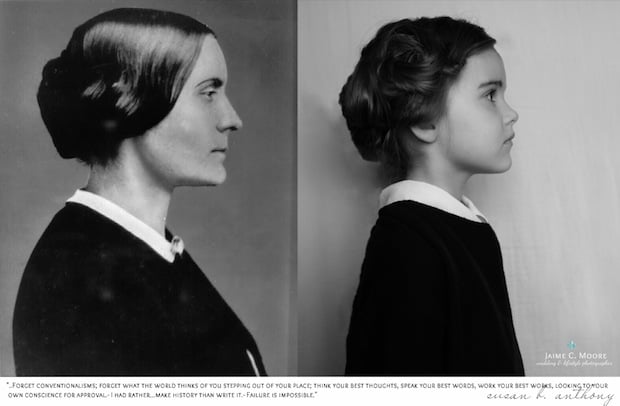 Photographer Jaime Moore‘s daughter Emma recently turned 5 years old. Naturally, being a photographer, Moore wanted to commemorate the event for her daughter by putting together a cute photo shoot for her, so she turned to the Internet for inspiration.

Much to her chagrin, however, something like 95 percent of the ideas she ran into were actually the same idea: how to dress up your 5-year-old as a Disney Princess. Moore wasn’t keen on that, so she went another way. Instead of dressing her daughter up as a made up ideal, an “unrealistic fantasy” as she put it, she chose to dress and pose her daughter as some of the greatest women throughout history.

The point was to convey to little Emma that she could be anything she wants to be. As Moore explains it on her blog:

My daughter wasn’t born into royalty, but she was born into a country where she can now vote, become a doctor, a pilot, an astronaut, or even President if she wants and that’s what REALLY matters.

The resulting photo series has Emma dressed and posed as five influential women from the history books, with a presidential photo thrown in at the end: 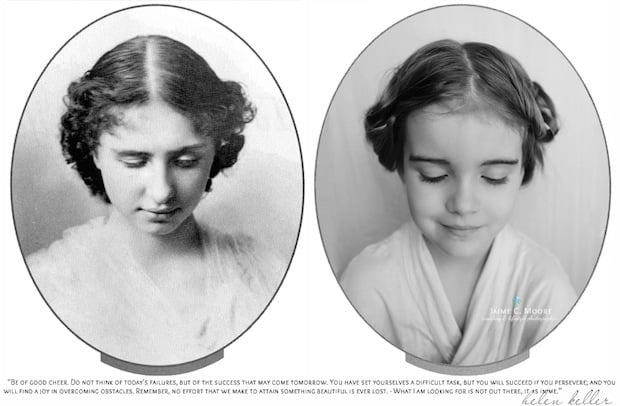 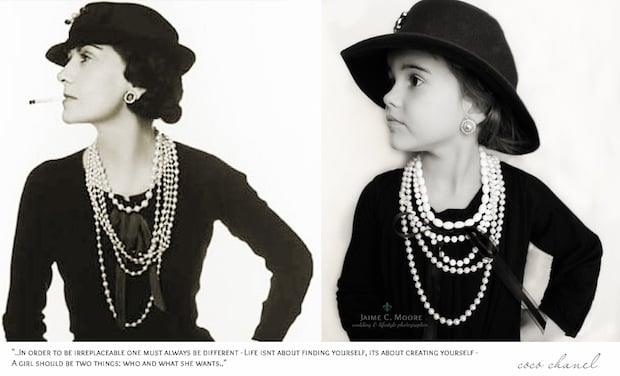 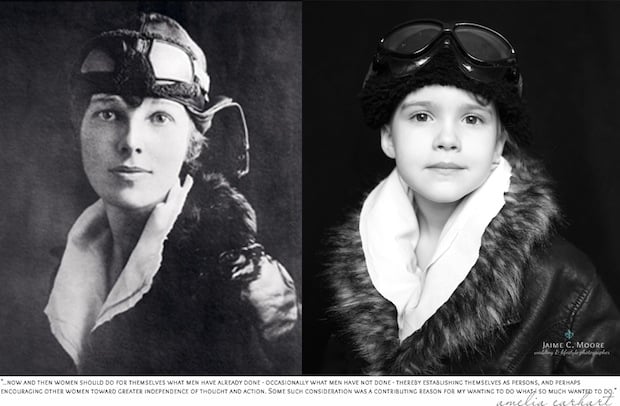 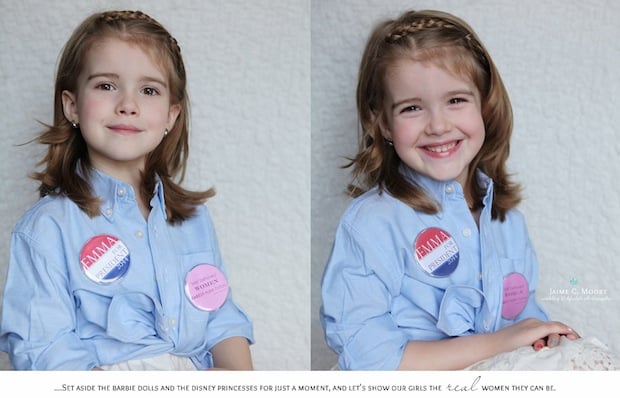 Each photo is also captioned with an inspirational quote by the amazing woman it portrays. To see all of them in higher resolution and read more about Moore’s inspiration for the project, head over to her website by clicking here.

Image credits: Photographs by Jaime Moore and used with permission.

KeyProp: The Smartphone Stand That’s Always There When You Need It