Luong is a prolific National Parks photographer. In fact, he’s credited as the first to photograph all 59 of the US National Parks. As such, he knows what it takes to get great results when you’re creating a time-lapse of one of the most amazing and dynamic forces on earth — a lot of work!

The time-lapse covers everything from the steam clouds of lava instantly boiling the ocean at sea level to the peak of Mauna Loa at 13,700ft. Often only feet away from lava flows known to reach temperatures of up to 2,000°F, he had to be extremely careful and use a respirator so he wouldn’t breathe in the toxic gases.

One of the most spectacular shots — the one of the milky way breaking through clouds illuminated by the glow of a lava lake — required that he set up his camera in the driving rain. This was no easy set-it-and-forget it time-lapse shoot.

Here are a few stills from the movie: 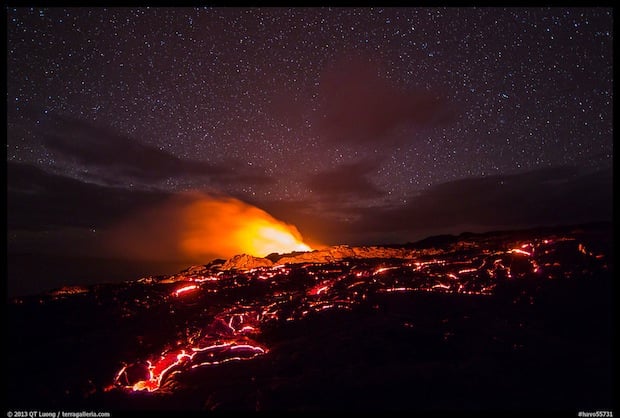 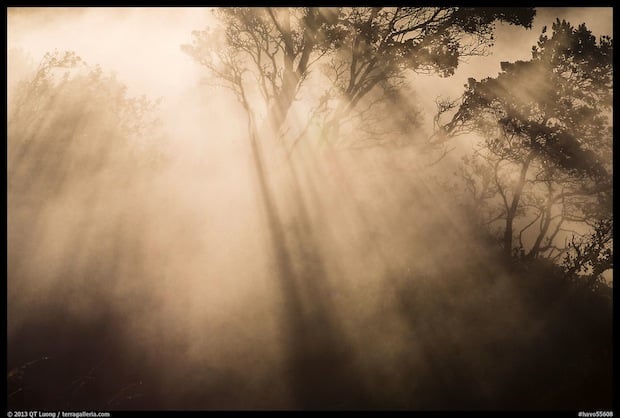 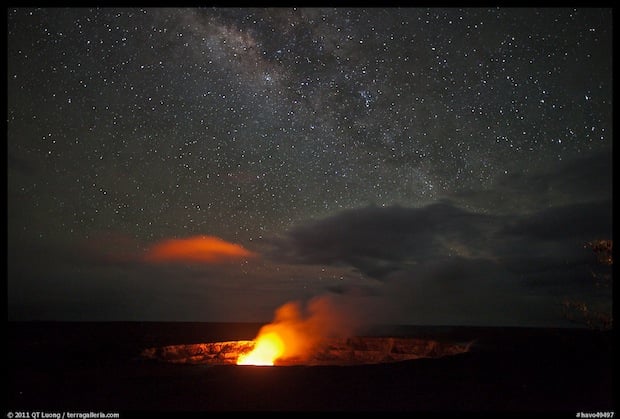 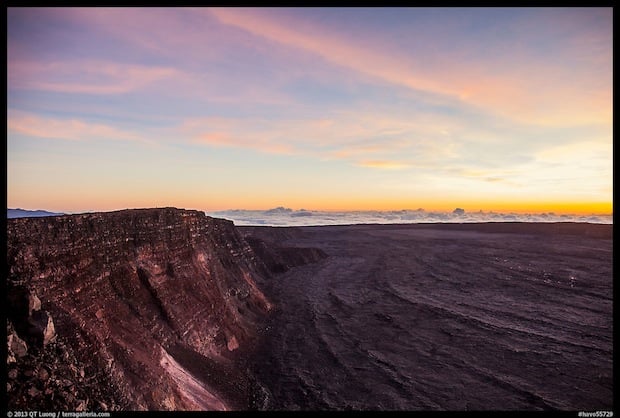 The photographs that make up the time-lapse were taken on two trips, one in 2011 and another this year using a 5D Mark II and Mark III, respectively. You can see more of Luong’s work, including over 9,000 photos he’s taken in all 59 of the United States’ National Parks, by visiting his website here.

Image credits: Photographs by QT Luong and used with permission.