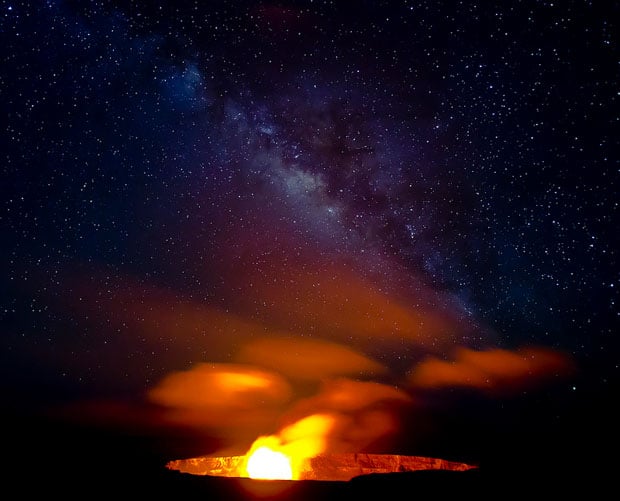 King first moved to Hawaii 8 years ago after years of working in construction in New York City. One day he decided that he wanted to show some of Hawaii’s beauty with his friends back in New York, so he grabbed a digital camera and went to the Kilauea volcano.

Soon, he was hooked on photographing volcanos and their lava flows, carefully mixing in views of moonbows and the starry night sky.

King acknowledges that his photos often look ‘shopped and slightly fake. The photographer is colorblind, which affects how he perceives the images he post-processes, and the intensity of the colors they end up with once he’s done. 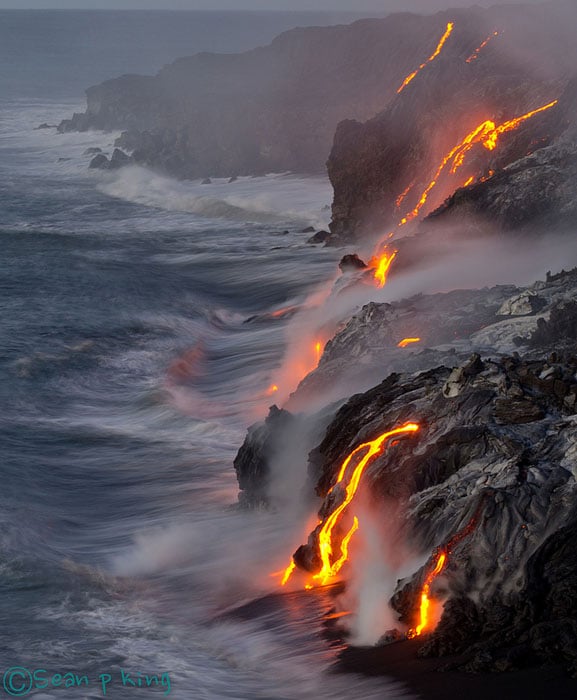 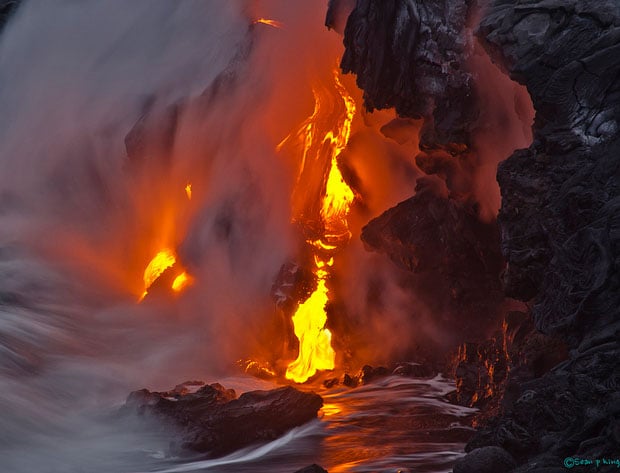 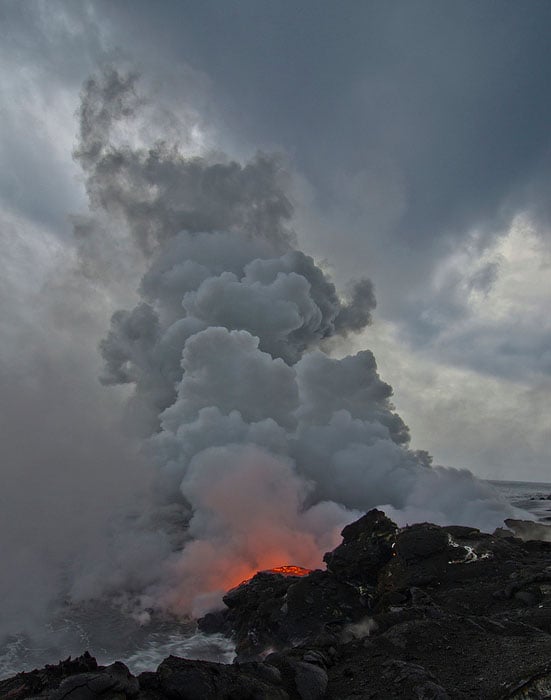 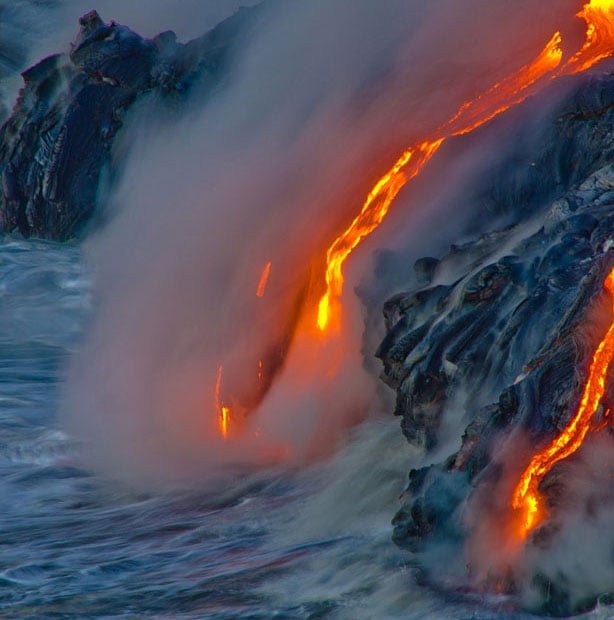 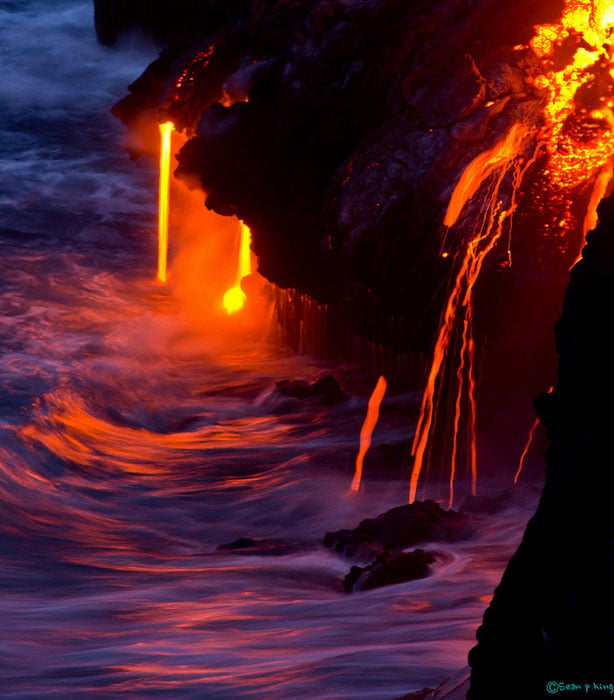 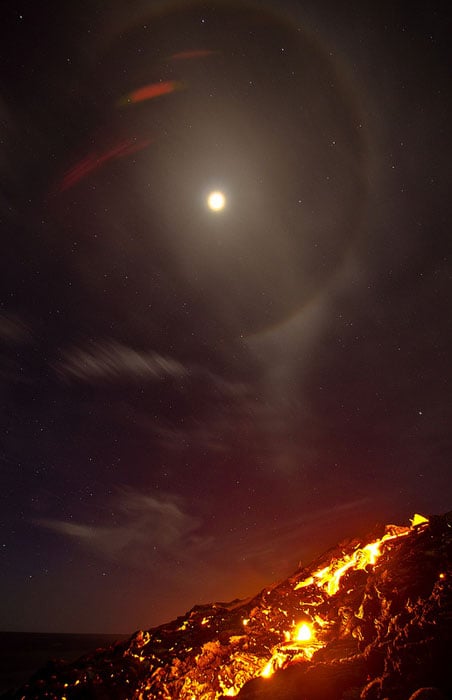 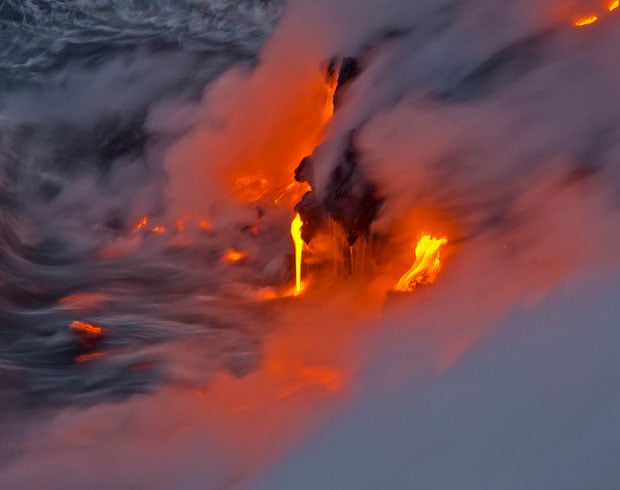 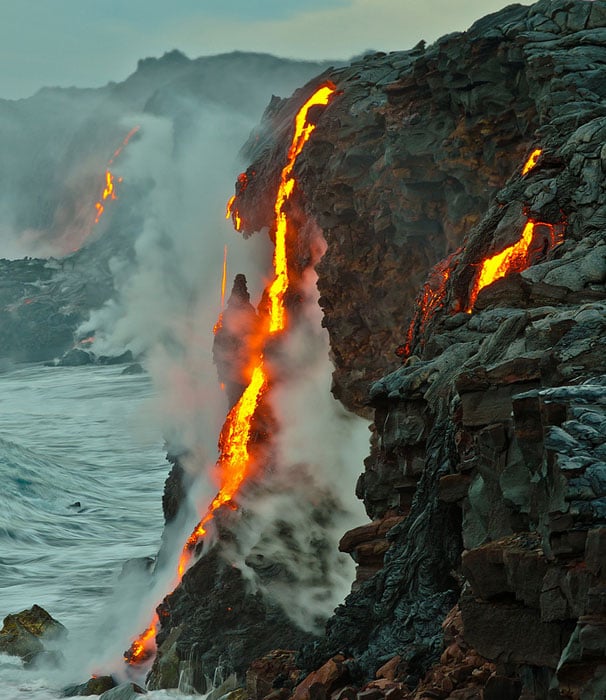 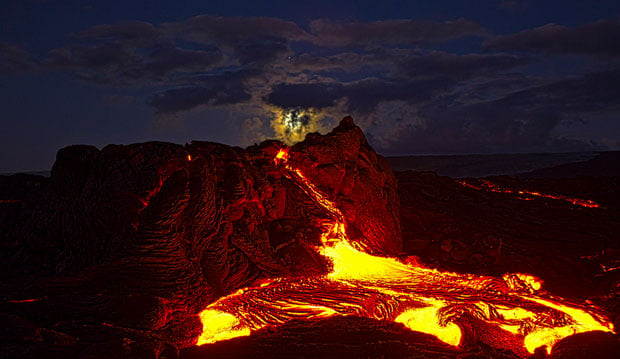 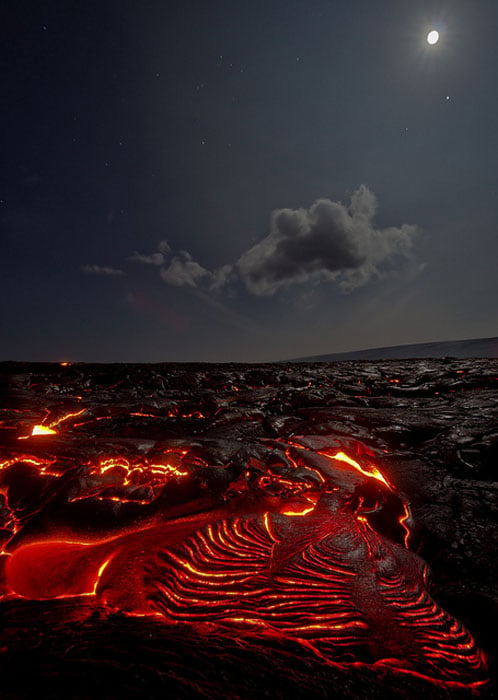 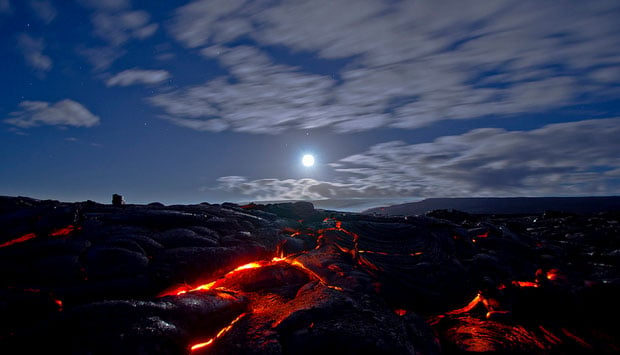 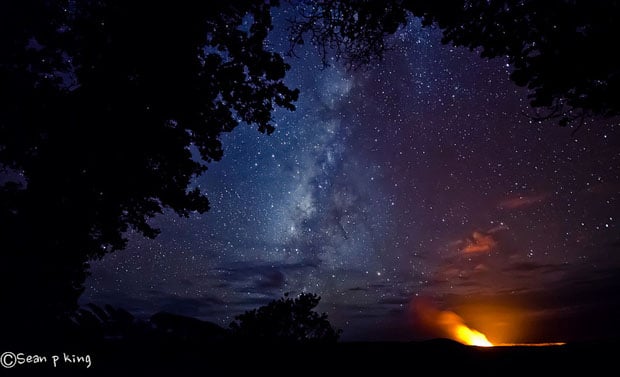 Here’s a short feature Flickr recently did on King and his work:

You can find more of King’s photos on his Flickr page here.

Image credits: Photographs by Sean King and used with permission