Want to see what London looked like back in the year 1926? Check out this beautiful color footage shot in various London locations by Claude Friese-Greene, an early British pioneer of film. Frisse-Greene created a series of travelogues nearly 90 years ago using a color process developed by his father William Friese-Greene.

William Friese-Greene was a British portrait photographer and a well known inventor. His experiments in the field of motion pictures led him to be known as one of the fathers of cinematography (some credit him as the main inventor).

One of William’s inventions was an additive color film process known as “Biocolour.” He exposed every other frame of standard black-and-white film through a different-colored filter, and then stained the resulting monochrome prints either red or green. Once projected, these prints provided an illusion of real color.

A major downside to the technique was that there was severe flickering and color fringing when there were fast-moving subjects in the frame. To compensate for the fringing issue, Biocolour films were captured using frame rates that were faster than what was typical.

After his father’s death in 1921, Claude continued developing the system. It was renamed the Friese-Greene Natural Colour process, and was used for tens of films between 1923 and 1943.

In the video above, the British Film Institute used computer enhancement to reduce the noticeable flickering that was seen in the original footage. 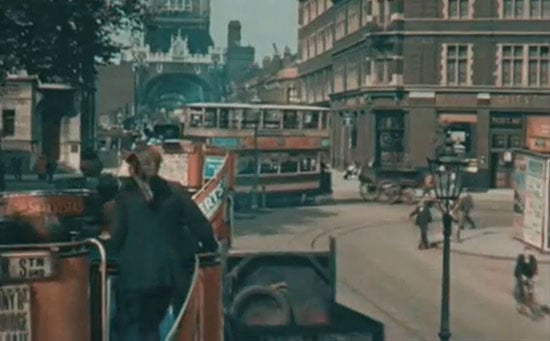 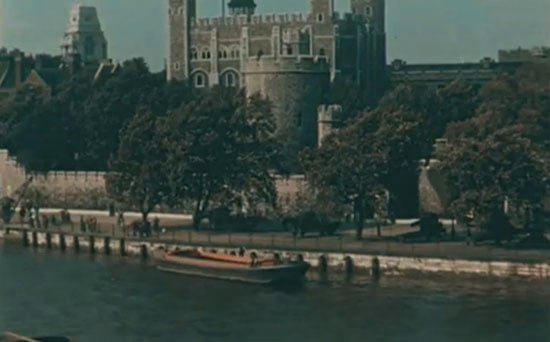 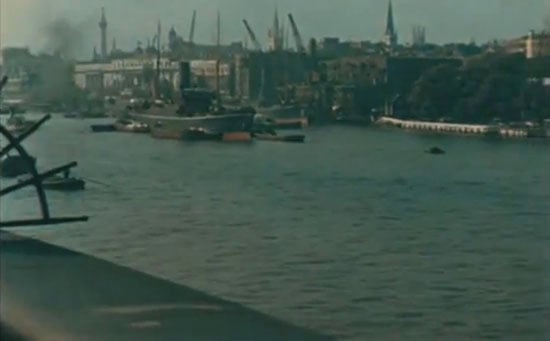 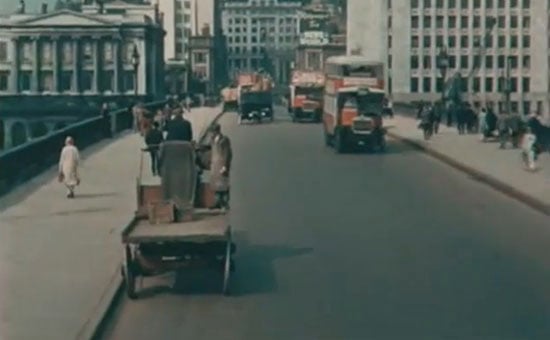 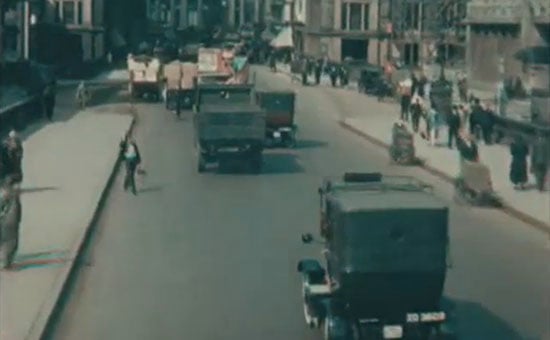 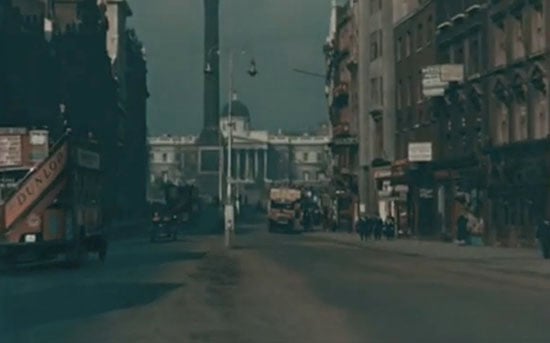 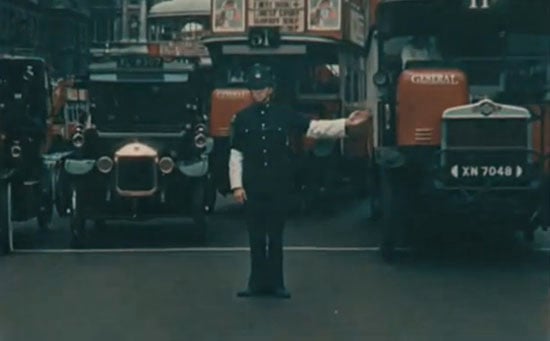 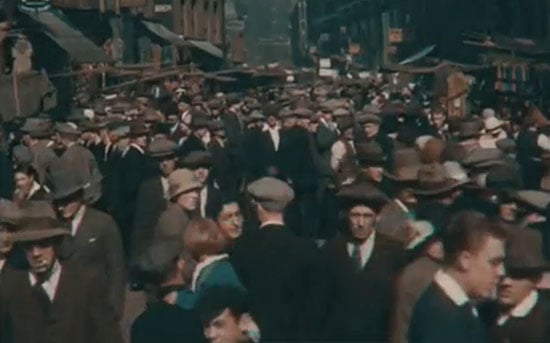 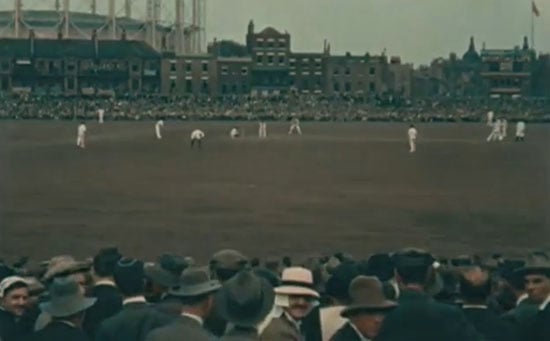 Thanks for sending in the tip, Jon!