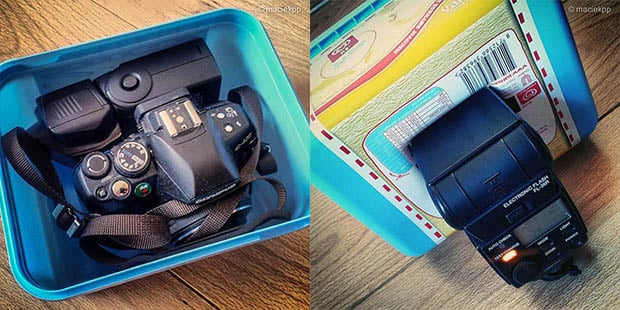 Dublin, Ireland-based photographer Maciej Pietuszynski was doing a bit of spring cleaning recently when he decided to upgrade a plastic box he has been using to carry his camera and flash unit. His idea was to give the box an extra job as a makeshift softbox in addition to its storage/transportation/protection duties.

The box was originally an empty ice cream box that had just enough room to snugly hold Pietuszynski’s Olympus DSLR and flash: 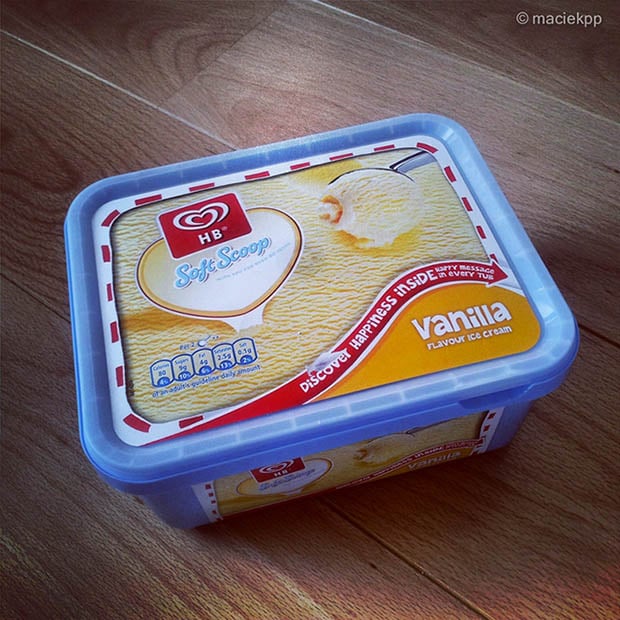 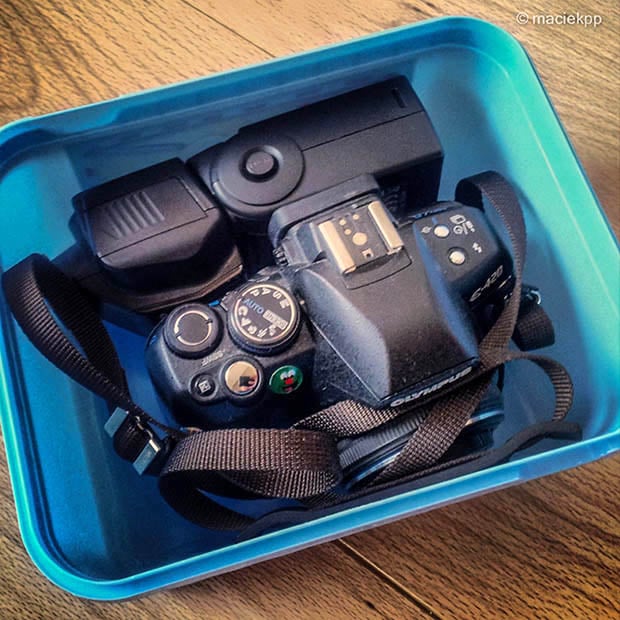 To convert it into a DIY softbox, Pietuszynski pressed the head of his flash against the back of the container, and used a pen to trace out the outline: 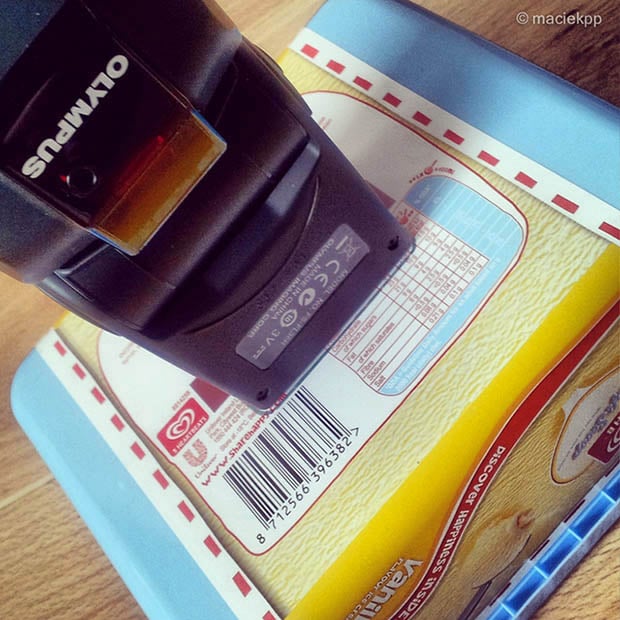 He then drew diagonals from corner to corner. The lines were guidelines for where he would cut through the box: 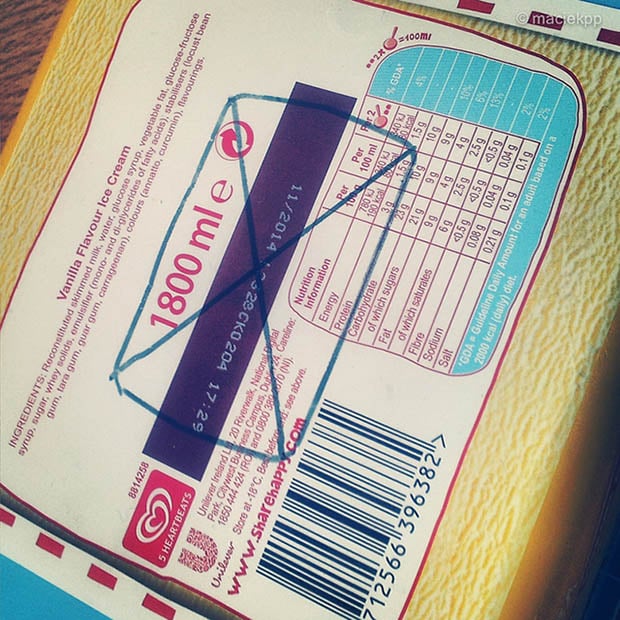 Using an X-Acto knife, Pietuszynski sliced an “X into the box that creates an opening just large enough for the head of the flash to fit through: 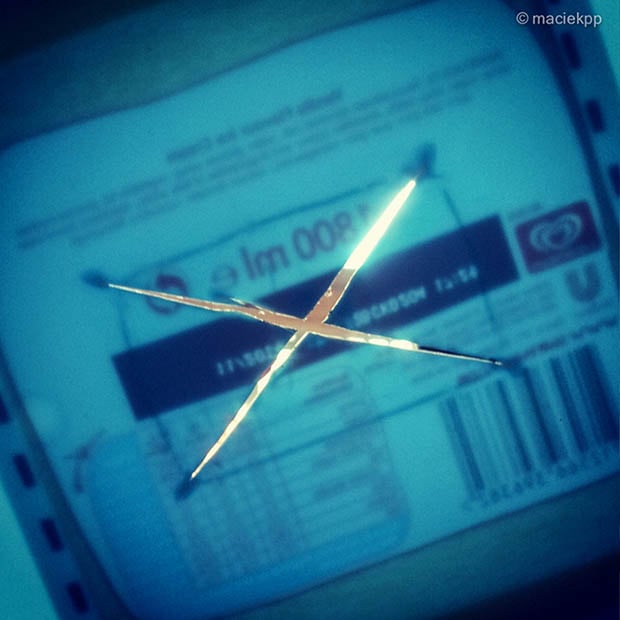 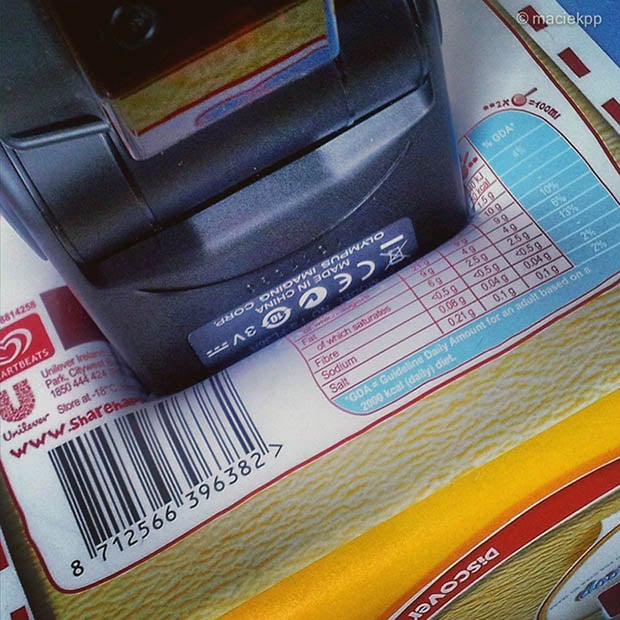 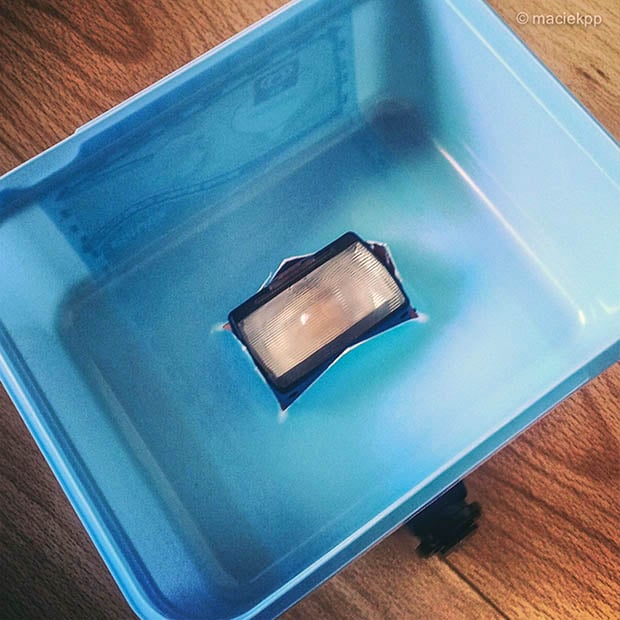 Pietuszynski then took some silver reflective duct tape and lined the interior of the box with it. This reduces the amount of light lost to the walls of the box itself: 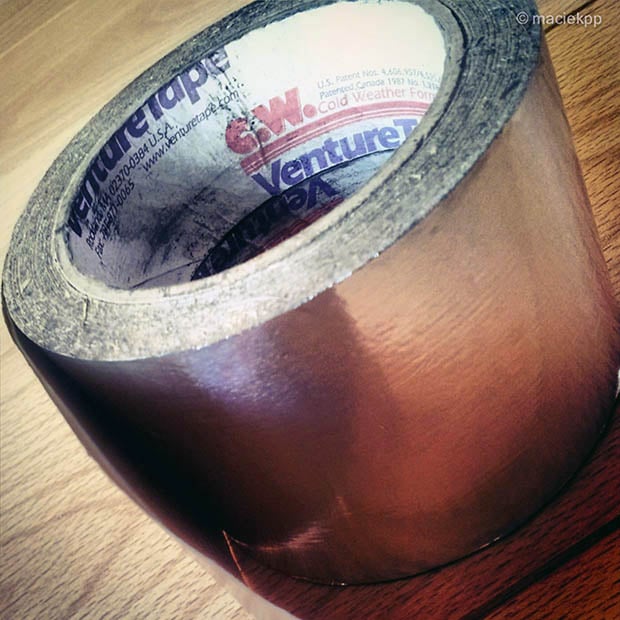 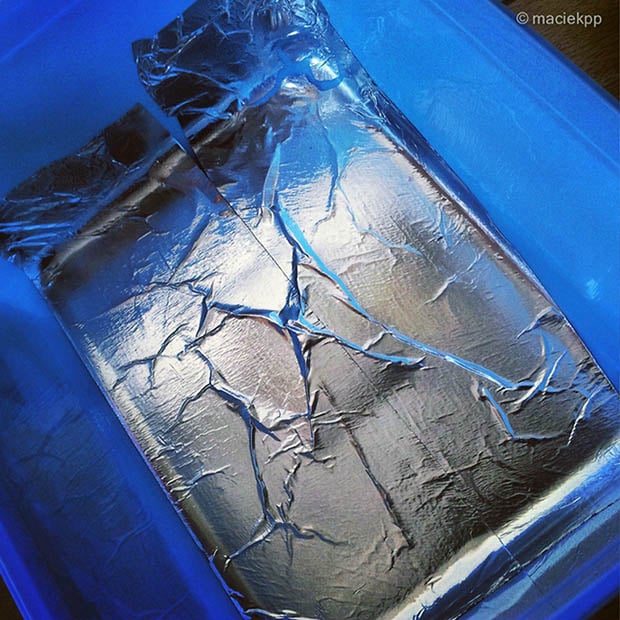 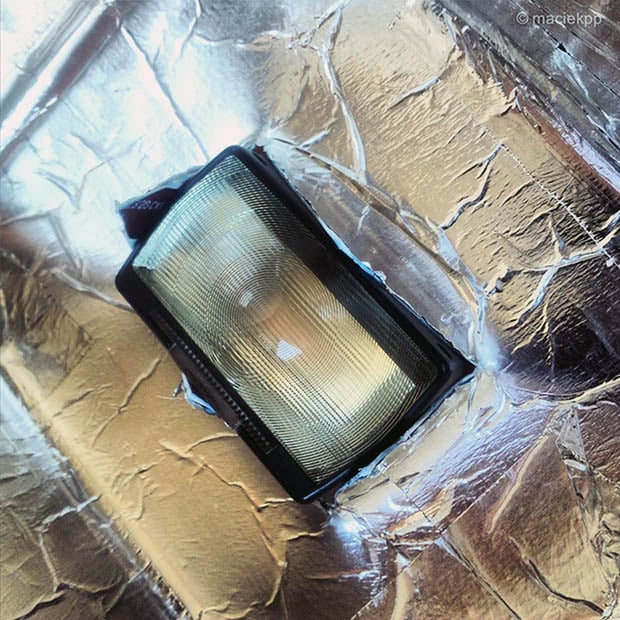 Using a knife, Pietuszynski scratched off the label sheet that was covering the top of the box until the lid was clean and nicely translucent: 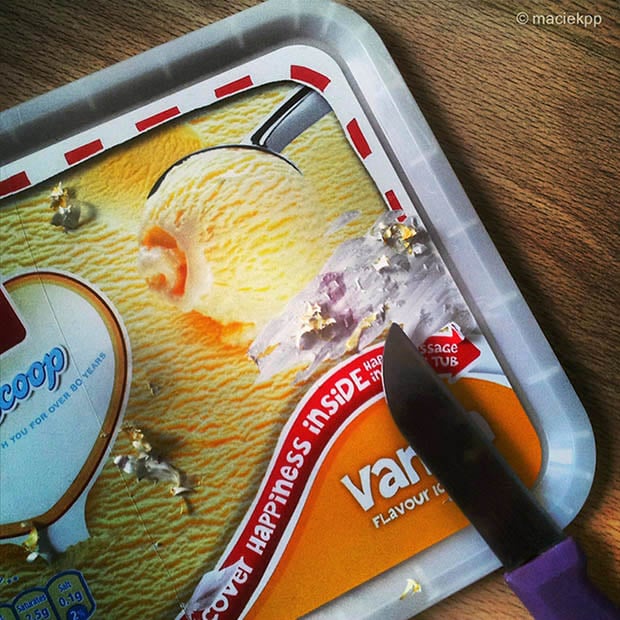 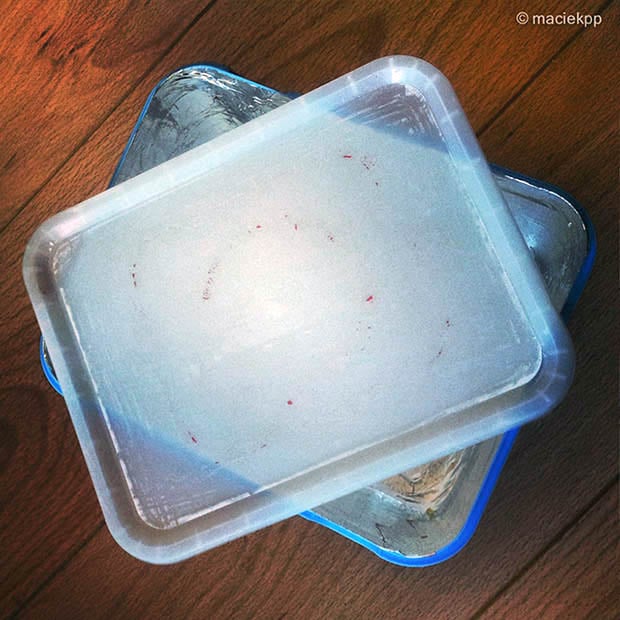 Voila! A plastic container that can be used for both holding your gear and diffusing your flash! 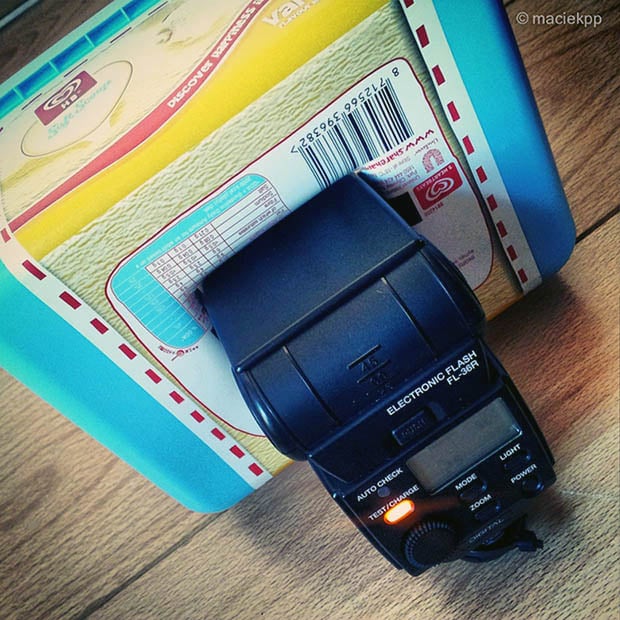 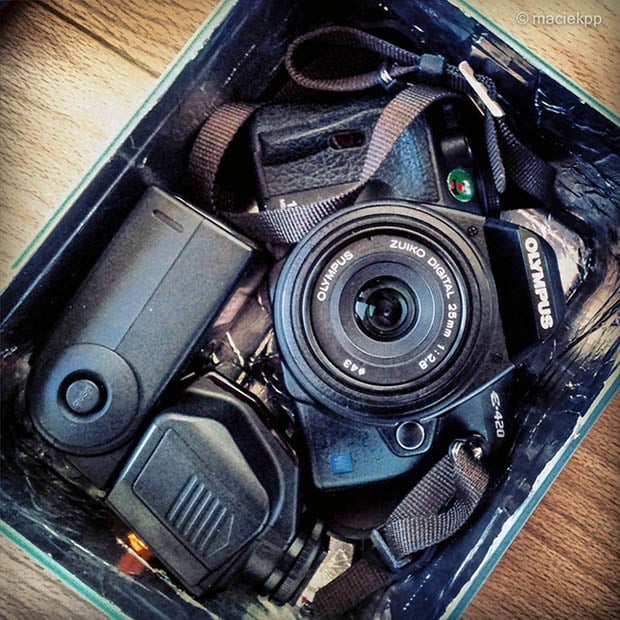 Here are a couple of sample photos Pietuszynski shot with and without the makeshift softbox. Can you make out which is which? 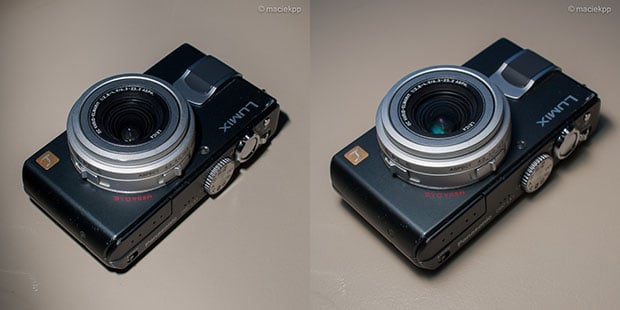 You can find larger versions of all the photos in this project over on Pietuszynski’s blog.

Image credits: Photographs by Maciej Pietuszynski and used with permission

Tips for Wedding Photographers From a Professional Wedding DJ