North Korea has a history of Photoshop fails, so you think the country’s neighbor to the south would take heed and keep a close watch on manipulation. Sadly, that doesn’t seem to be the case, as the above photo clearly illustrates.

The photo — chosen by South Korean news outlet Yonhap to illustrate their coverage of President Park Geun-Hye’s recent visit with President Obama — shows the two leaders shaking hands. The only problem is that they seem to be standing in different rooms … and President Obama has two right arms.

To say this is a Photoshop fail is almost an understatement. Yonhap (who happens to be South Korea’s leader in news) seems to have taken two separate photos, cropped them, and slapped them together without even looking twice at the result.

According to the Atlantic Wire, the half of the photo with President Park in it actually came from a different event in which she shook hands with U.N. Secretary General Ban Ki-moon: 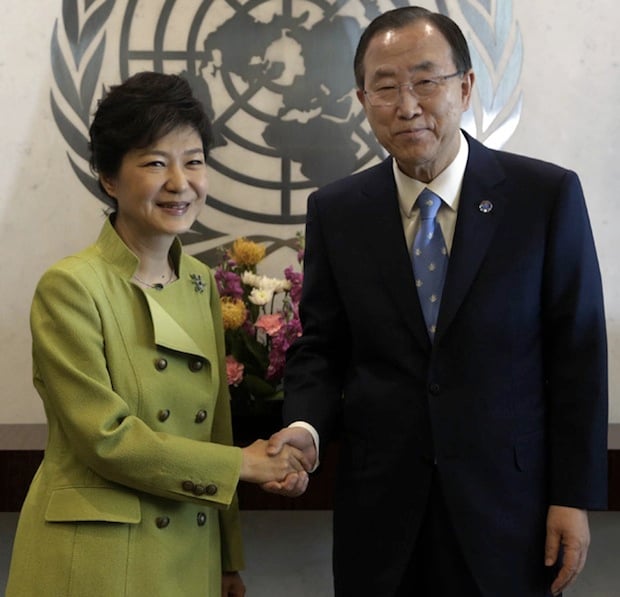 The strangest part of this story is that there were plenty of legitimate photos of the two leaders shaking hands all throughout President Park’s visit, making us think that this may not be so much a Photoshop fail as a split-screen photo gone wrong.

It’s not like they were trying to fake an event that didn’t happen, they were simply trying to illustrate a handshake between the two leaders. Still, next time, they might wanna chose two photos that don’t make for such an awkward composite.

(via The Atlantic Wire)