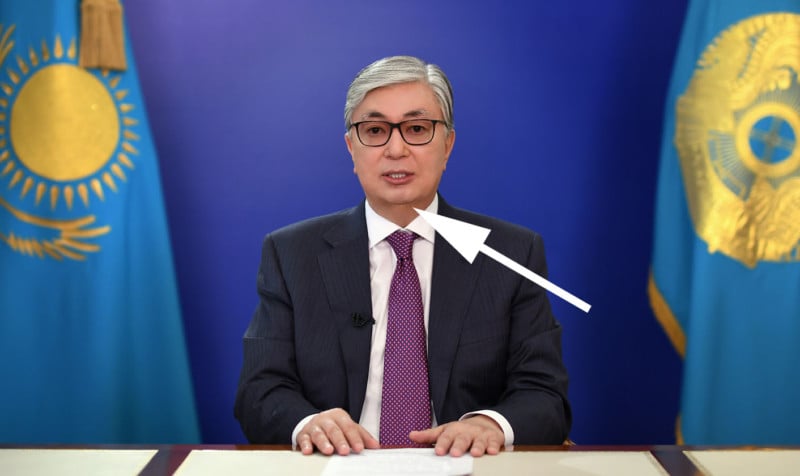 RFE/RL made the discovery after comparing government-released photos with alternate versions captured at the same time by photojournalists in attendance.

Kazakhstan interim president, Qasym-Zhomart Toqaev took over as leader after longtime President Nursultan Nazarbaev unexpectedly resigned back in March. Since then, Toqaev’s government has been releasing photos that aren’t exactly true to reality.

“The aim, it appears, is to digitally nip, tuck, and smooth the 65-year-old ex-diplomat and former prime minister’s appearance — and possibly ease his path to a five-year term as the Central Asian powerhouse prepares for its snap presidential election in June,” Amos Chapple of RFE/RL writes.

Here are two photos showing Toqaev and US Ambassador William H. Moser in March, one shot by Kazakh photojournalist Mukhtar Kholdorbekov and released through the Kazinform international news agency, and the other an official photo released on the president’s official website.

Here’s a closer look at Toqaev’s face in the two photos, side-by-side — notice anything? 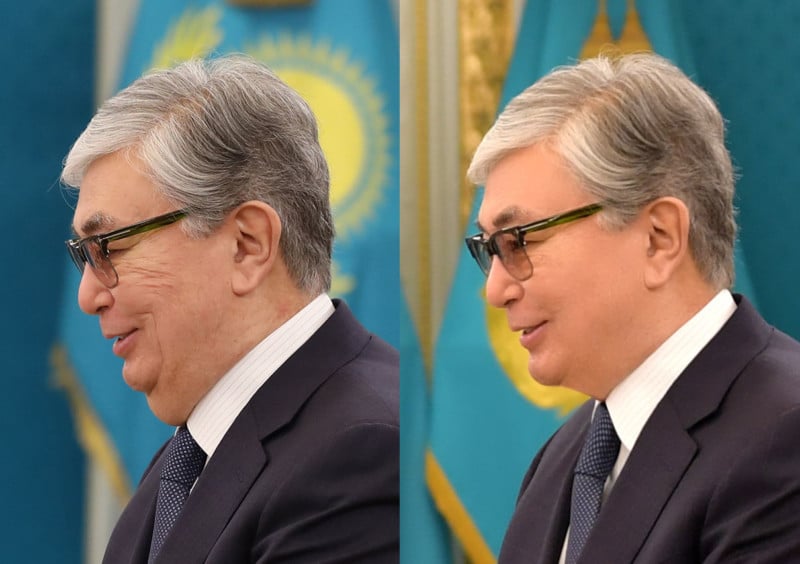 RFE/RL also uncovered a number of other examples in which Toqaev’s face was retouched.

A Photoshop expert contacted by RFE/RL stated that he was “almost 100 percent” certain that the official photos of Toqaev were retouched to alter his appearance — changes like skin smoothing and reducing the size of the chin. In every case of doctoring discovered by RFE/RL, only Toqaev’s face and neck have been noticeably altered while other people in the frame remain untouched.

Official photos released by the Kazakhstani government have been widely published by international media outlets — publications that presumably had no idea the photos were “Photoshopped” and untruthful.