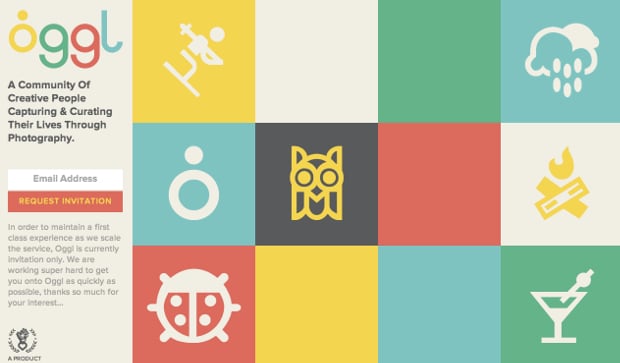 Hipstamatic has seen better days. Ever since Instagram came along and stole its thunder by offering filters for free, the app hasn’t had the same following it once did. But the company isn’t going to take this lying down. After having to fire several core employees last August, Hipstamatic is bouncing back by debuting a new social networking app called Oggl.

Oggl is a community-centered social network version of the current Hipstamatic app (which, incidentally, the company’s founders promised is “here to stay”). Focused around sharing your photos within a Hipstamatic community of “like-minded creatives from around the world,” the app allows users to take and edit photos, preview films and lenses, and share the results via their personal Oggl profile, Facebook, Twitter, Tumblr, Flickr and/or Instagram.

In a recent statement, Hipstamatic CEO and co-founder Lucas Buick explains the reasoning behind Oggl:

From the editorial spreads of Harper’s Bazaar to the cover of Time magazine to the pages of The New York Times, Hipstamatic photographers have had their work showcased on a global stage, and are ushering in a new era in photography. It’s time we created a place designed just for them to connect, to be inspired, to create and to continue to define what it means to be a photographer for this generation

In the spirit of exclusivity — or, as Hipstamatic puts it, “in order to maintain a first-class experience” — the app is currently only available by invitation. But once Oggl is out, iOS users will be able to download it for free, along with 5 pre-loaded “favorites:” nightlife, food, portraits, landscapes, and sunsets.

Additional films and lenses (in fact, Hipstamatic’s entire catalog, including future updates) will only be available to Oggl subscribers, who will have the option of paying $1 per month or $10 per year.

To learn more and/or get your name on the list of people interested in receiving an invitation to Oggl, head over to the app’s website by clicking here.

Conservation Time-Lapse Asks for Help Saving a Forest in Trouble