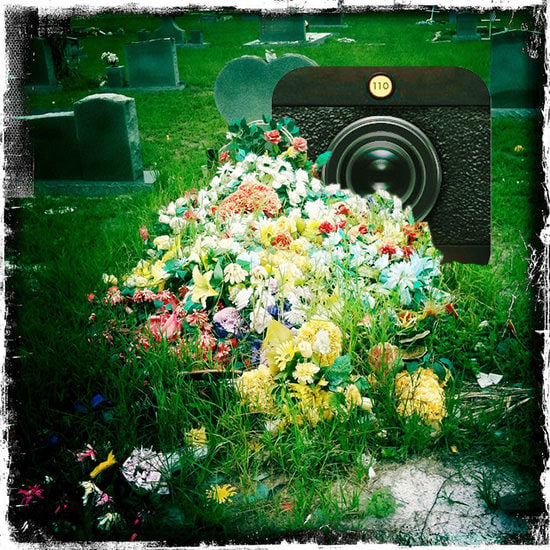 Before Instagram, there was Hipstamatic. Hipstamatic was one of the pioneers and heavyweights in the retro filter photo app space, but when Instagram came along, the price advantage (free vs. $2), ease of use, filter selection, and built-in social network allowed Instagram to turn into the new 800 lb. gorilla of mobile photo sharing.

The story is strangely similar to the history of Myspace and Facebook, and yesterday the narrative became even more identical. On the same day that Instagram rolled out version 3.0 to its 80+ million members, Hipstamatic laid off all but 5 of its core staff.


The Next Web writes that although the app is one of the most popular photo apps and a top 100 paid app (#99 at the moment), Hipstamatic’s parent company Synthetic doesn’t feel like it’s raking in enough dough.

The layoffs are therefore meant more for rethinking the app and business model rather than for throwing up the white flag.

Unlike Instagram, the app is one with a clear-cut business model and consistent source of revenue. The download itself costs $2, and users can also drop more money on in-app purchases for things like additional “films” and “lenses”.

Here’s what Inc. magazine had to say about the app in a profile of its founders, published at the beginning of last month:

Today, Hipstamatic boasts over 4 million users and brought in $10 million in revenue last year. It has also become Synthetic’s flagship product, and inspired the company to create a portfolio of other photo apps, including Disposable, IncrediBooth, and SwankoLab. The founders project revenue of $22 million this year.

Hipstamatic, of course, continues to be the company’s backbone. The app hit the Apple store in December 2009, and within the first 36 hours, it was the most downloaded app in Japan.

4 million members for an iPhone app is quite a lot, but paltry compared to the membership figures seen at Instagram. Luckily for fans of the app, the fact that it remains profitable means you can snap away without the fear of it being shuttered anytime soon.