At its Adobe MAX conference in Los Angeles today, Adobe announced Photoshop CC, the next version of its flagship photo editing software. Unlike version that came before it, Photoshop CC will only be offered through Adobe’s Creative Cloud subscription plan.

This marks a huge shift in the direction of the company. Adobe says it plans to focus all of its software development efforts on its Creative Cloud product from here on out. The Creative Suite (CS) is being rebranded to Creative Cloud (CC) as part of this shift.

In other words, the Creative Suite line is coming to an end, and Creative Suite 6 will be the last in the series. Gone are the days in which you purchase a boxed copy of Adobe software.

Photoshop CC will have a number of upgrades over Photoshop CS6. Major ones are a new image deblurring/sharpening feature, and new Camera Raw capabilities. The new program merges features that were previously found in Photoshop standard and Photoshop Extended.

That magical camera shake blur reduction tool that has been dropping jaws since 2011 will be appearing in the new program. It uses fancy algorithms to reduce the blur caused by camera shake: 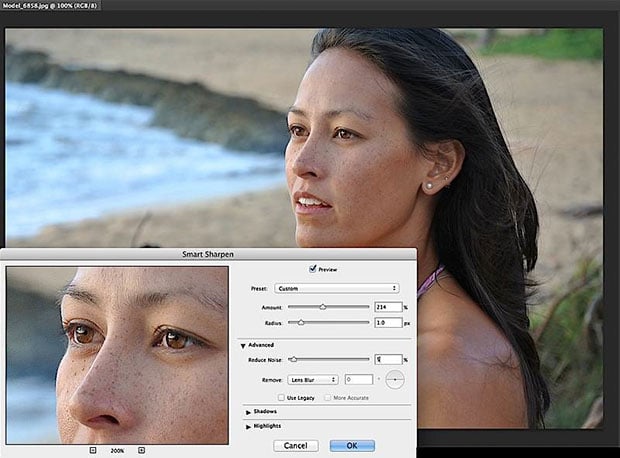 Adobe Camera Raw 8 has three new capabilities for editing RAW files: an Advanced Healing brush that “heals” and “patches” images with a brush stroke, a new Radial Gradient for drawing attention to the focus of a photo without applying a standard vignette, and an Upright tool that straightens horizons and applies perspective corrections.

Camera Raw edits can also be applied to layers within Photoshop CC itself, without having to open up the Adobe Camera Raw window.