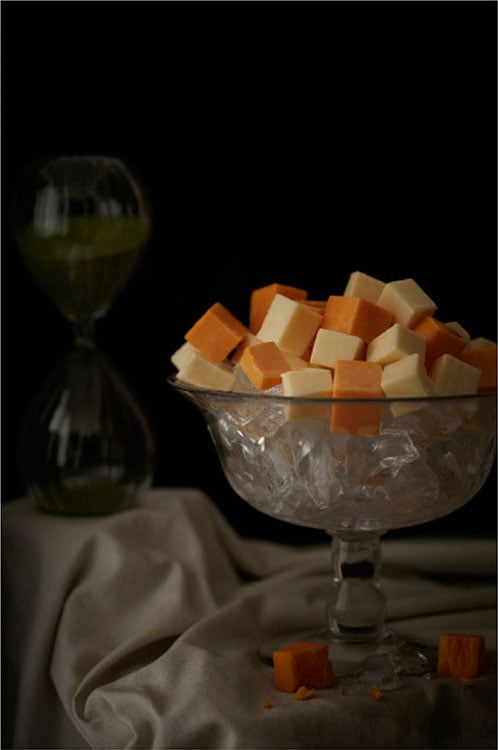 When musicians sign contracts to perform in major concerts, their documents often contain riders (more commonly known as addendums). These are a series of special requests made by the band or musician, and outlines specifics of what they’re expecting when they arrive.

Photographer Henry Hargreaves noticed that riders often contain strange requests for the foods and drinks requested, so he decided to turn the requests into a photo project that offer a glimpse into the lives of famous musicians.


The photograph above shows one of Lady Gaga’s riders: “Small plate of cheese (nonsmelly, nonsweaty), on ice.”

Each of the requests that accompany Hargreaves’ photographs are taken directly from the contracts, and the spelling is verbatim from the riders.

Hargreaves tells us that what attracted him to the series was “the way their requests manage to say something about the performers personality that words struggle to,” and the way they “were able identify with them through what they chose to eat and drink.”

The riders were originally obtained from a section on The Smoking Gun called Backstage, which aggregates and publishes the contracts from major musicians.

The catering riders were very comprehensive, so Hargreaves decided to narrow down on some of the quirky and unusual requests found in the contracts.

To challenge himself, Hargreaves partnered with prop stylist Caitlin Levin to compose the rider items in the manner of Flemish still life paintings.