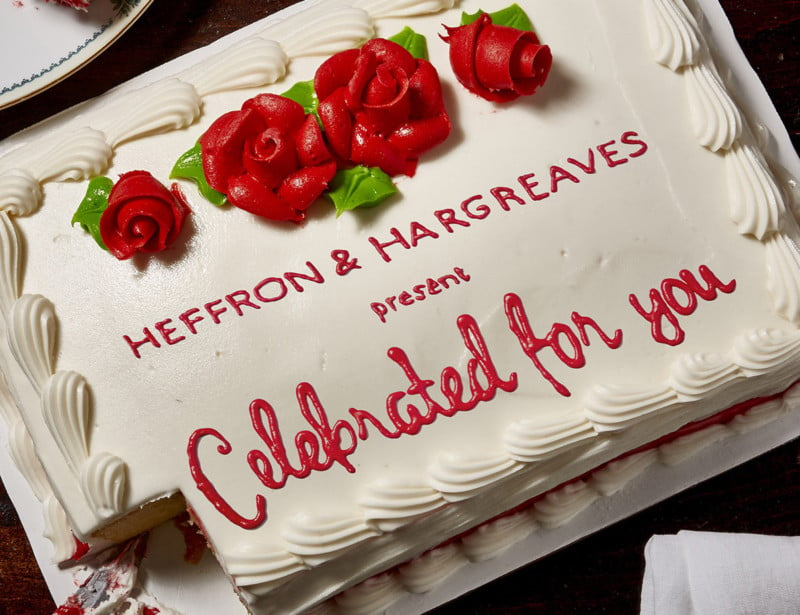 The photos that resulted capture each filmmaker so well you should be able to identify at least a few without looking at the “credits” below the shot. Hitchcock’s cake in particular should be easy to spot.

Here’s a bit from the artist statement:

For each image, the team staged a fictitious celebration as it might be hosted by an obsessive fan, with coveted collectables as clues to each month’s honoree. From John Water’s pink flamingo candles to Tarantino’s blood-splattered samurai swords, the series provides visual narratives that are both a celebration of each filmmaker’s unique vision and a glimpse into the minds of their most impassioned fans.

Can you tell whose meal is whose? 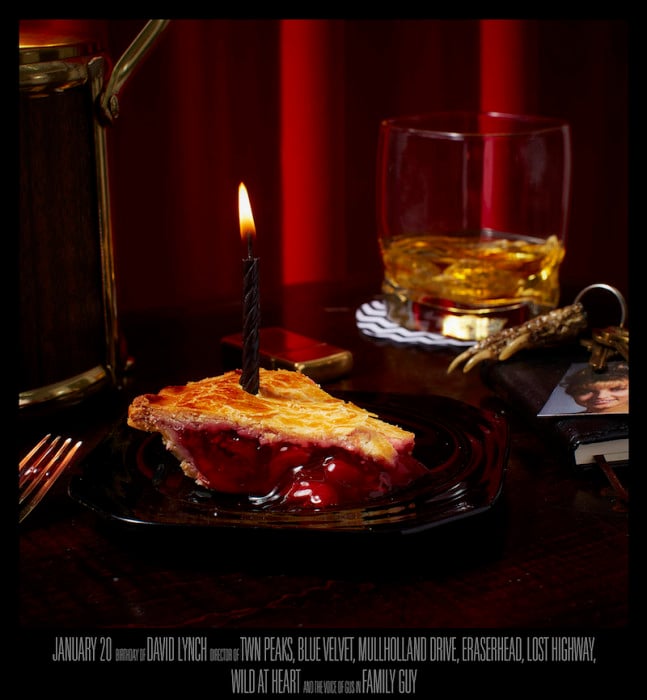 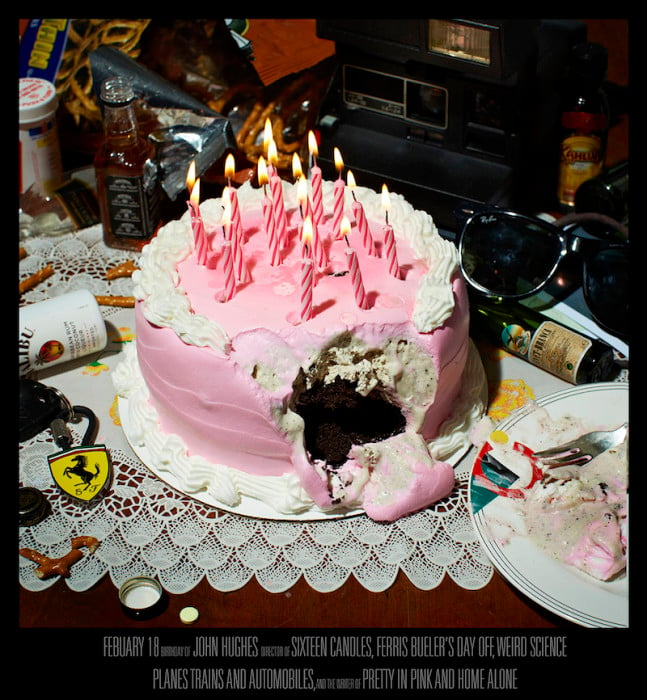 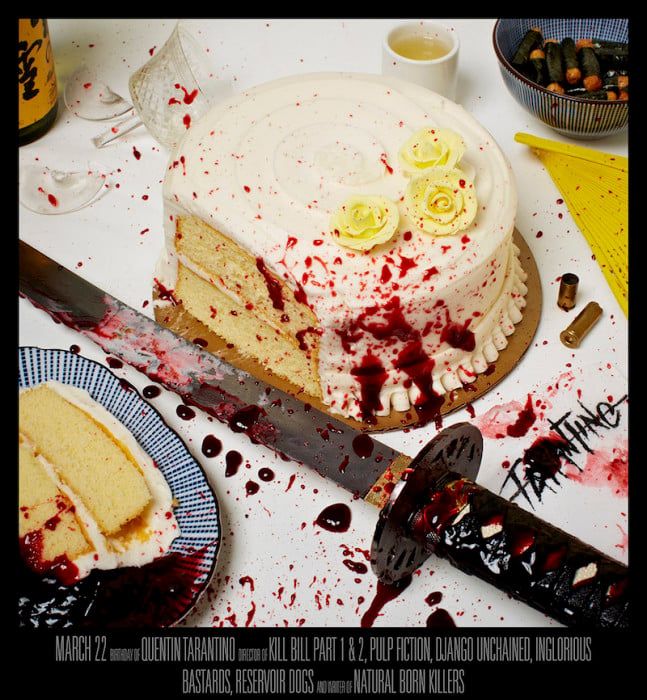 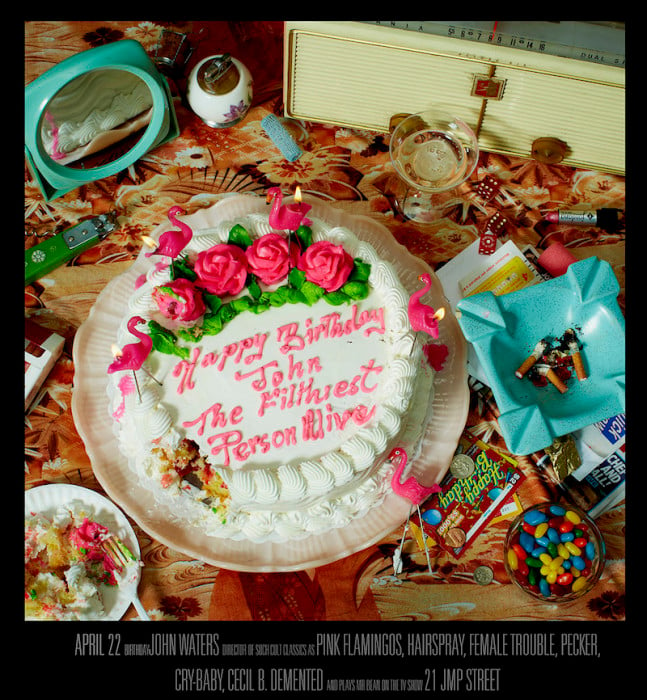 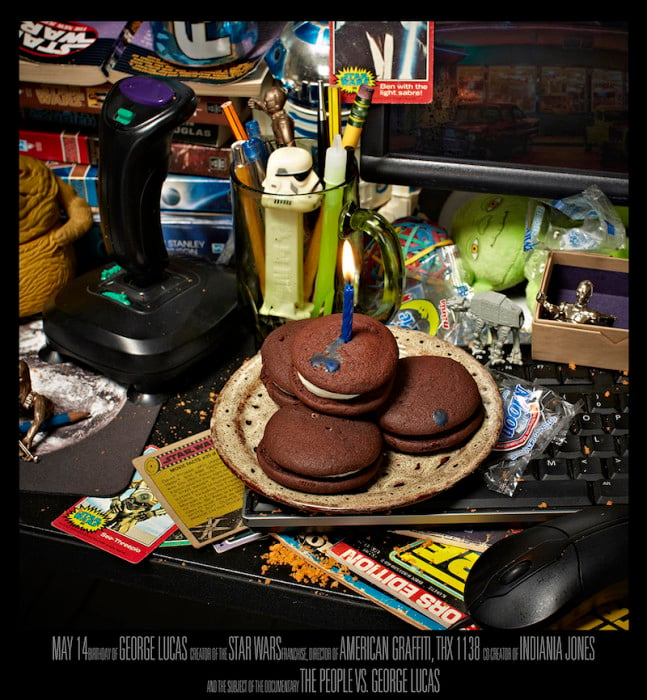 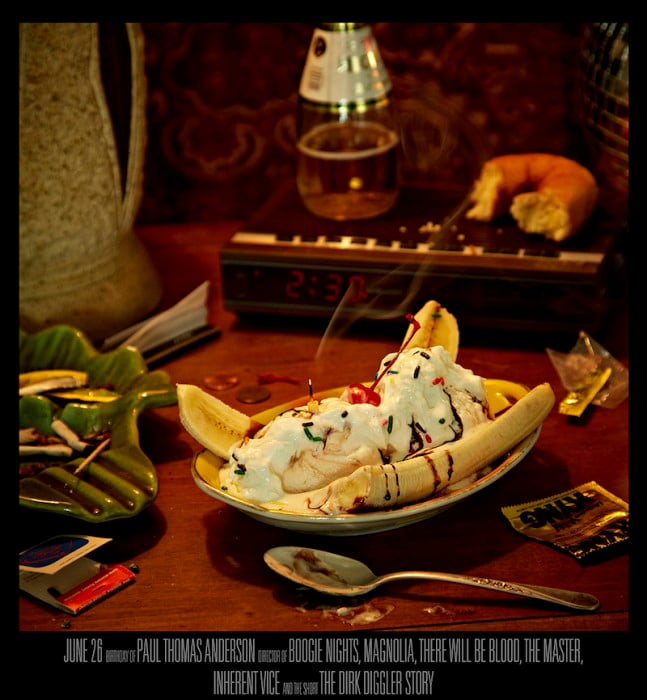 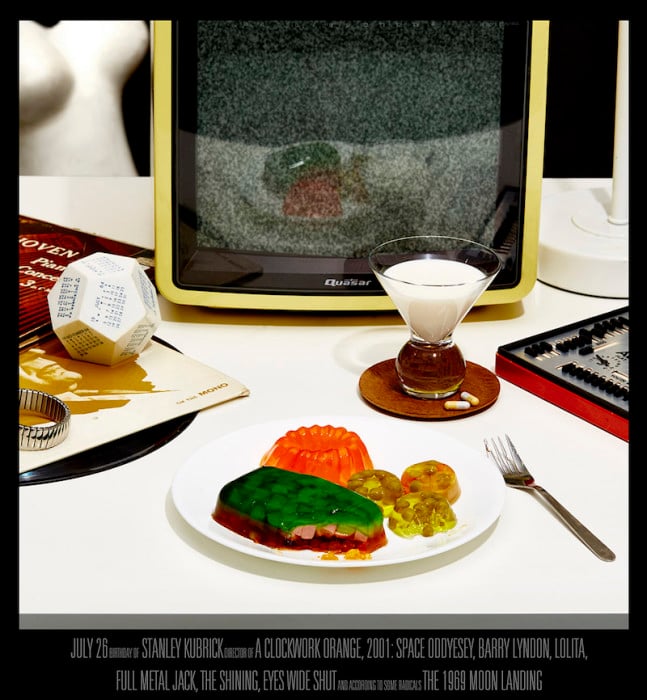 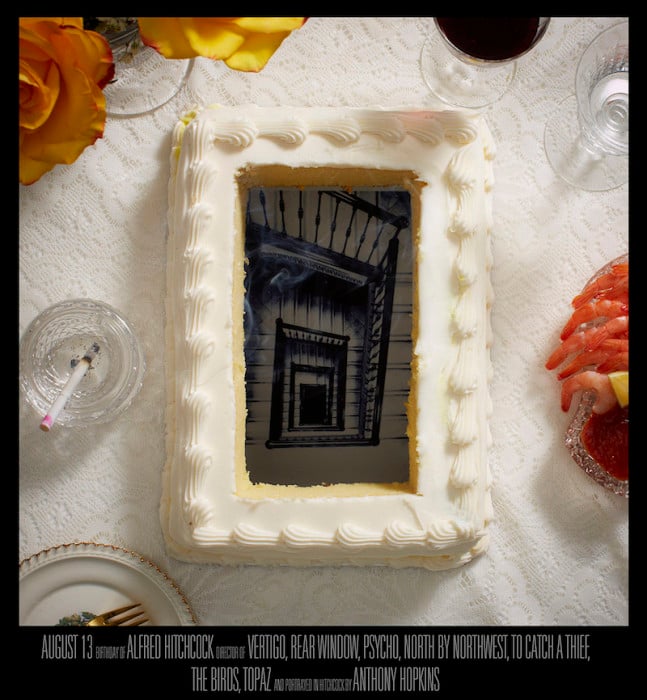 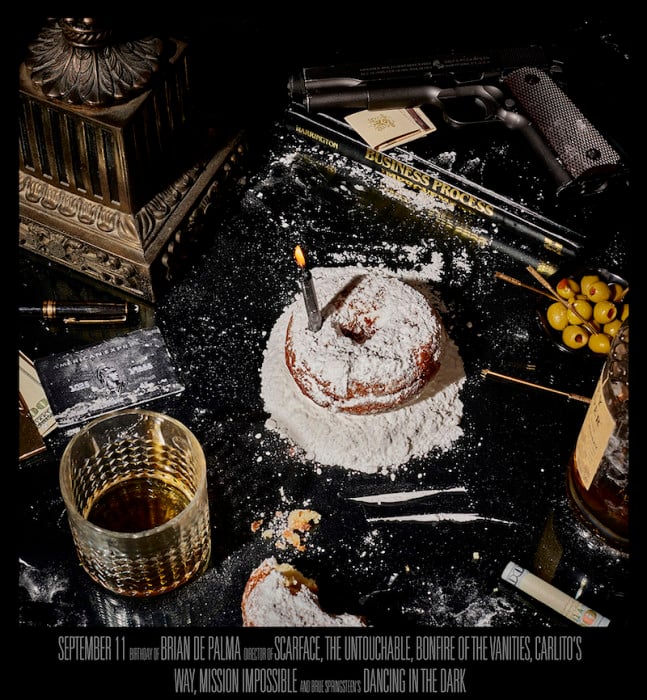 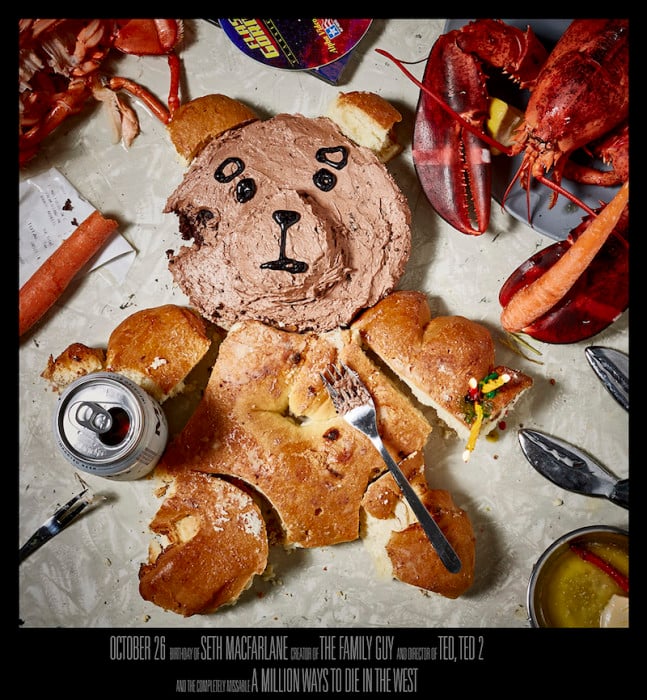 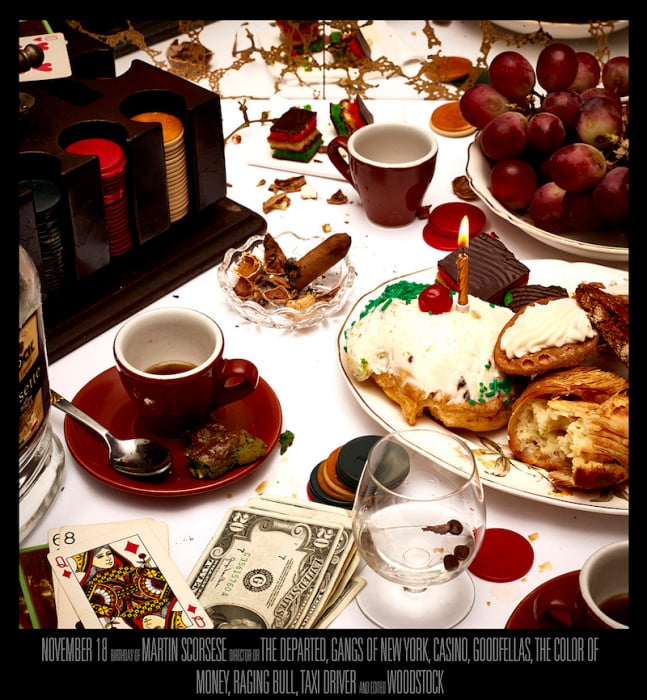 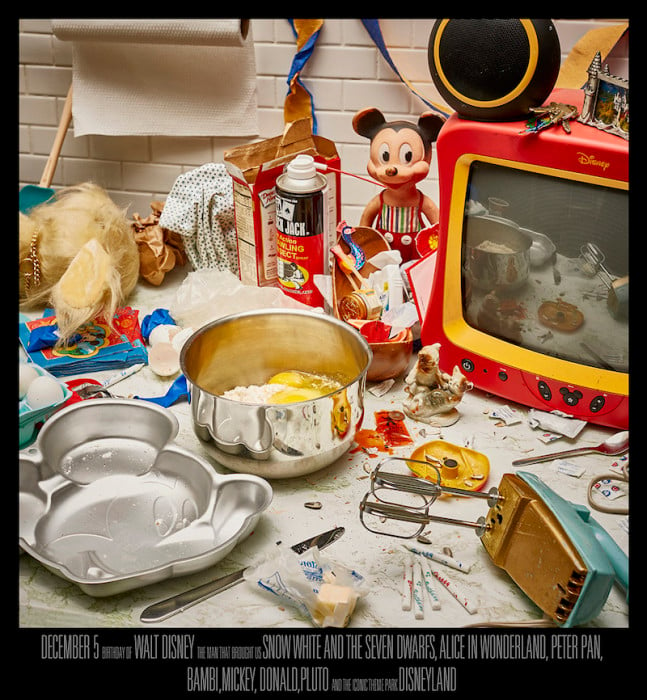 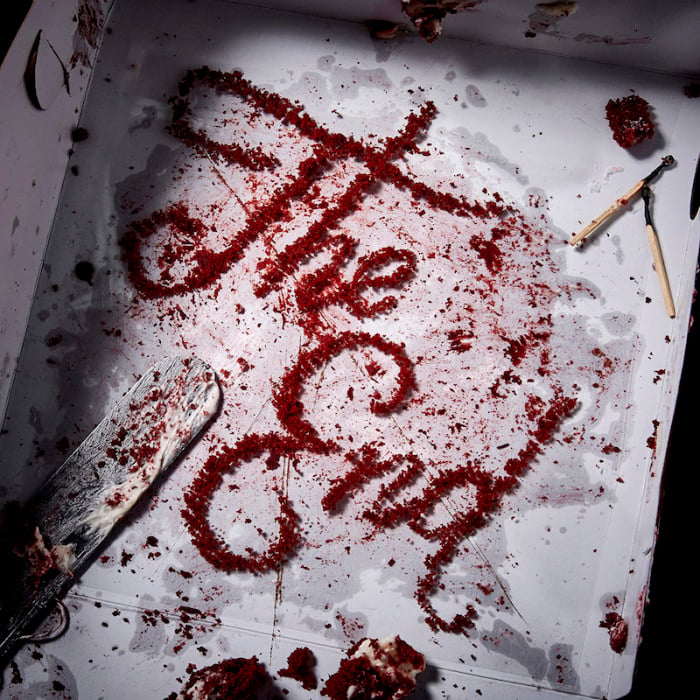 Hargreaves has been featured on PetaPixel several times before for his creative food-based series. He’s captured everything from the meals of doomsday preppers to last meal requests by inmates on death row.

Image credits: Photos by Henry Hargreaves and used with permission.