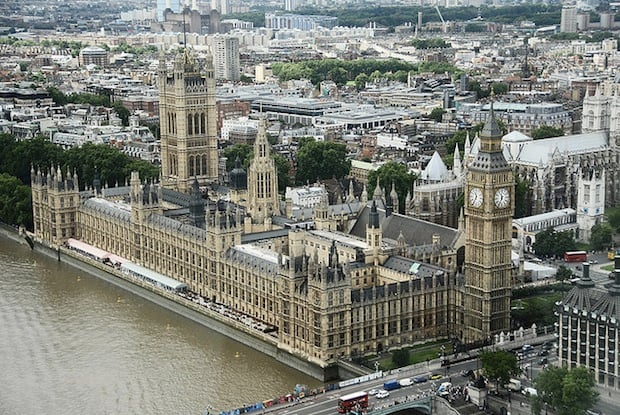 A “copyright land-grab” that will “permit the commercial exploitation of [orphan] images” and lead to a “firestorm” of litigation. Those are the terms being used by some to describe a UK bill that just received Royal Assent last week, despite drawing fire from writers and photographers the world over.

The Enterprise and Regulatory Reform Act — which was put forth by the UK’s Intellectual Property Office (IPO) — attempts to address the issue of ‘orphan works,’ but some believe it goes much too far, giving undue power to unscrupulous big companies in both the UK and US.

An orphan work is a copyrighted work whose owner cannot be contacted. In most of the world, acts such as the Copyright Act of 1976 paired with international agreements such as the Berne Convention, make copyright automatic. Thus, any use of orphan work that isn’t termed fair use is as much copyright infringement and subject to litigation as blatant theft; assuming a copyright holder comes forward. The new act seeks to protect users of orphan works — allegedly Libraries and Archives that don’t want to face harsh fines for displaying works whose copyright is unknown — by lumping those works into “extended collective licensing” systems and preventing lawsuits against users if an owner comes forward.

This means that any images of yours that are found online with their identifying info missing could be lumped under one of these licensing schemes and used, even commercially, without you being able to demand proper compensation once you discover the infringement. All the infringer has to do is prove they performed a “diligent search.”

Despite what The Register is calling vague wording that will lead to “widespread commercial exploitation of unidentified work,” and a strongly worded letter signed by six groups representing US photographers and graphic artists denouncing the act, it somehow has already become a reality. The only way to protect yourself completely from the possible fallout of the Enterprise and Regulatory Reform Act is to register your images or pull them offline entirely. According to photo rights campaigner Paul Ellis, residents of the UK have no choice but to register using the PLUS registry, while US residents can do so by visiting the US Copyright Office website.

The US attempted something similar in 2008 when the Senate’s own amateur photographer Patrick Leahy helped draft the 2008 Orphan Works Bill. But while that bill ultimately died in the US House of Representatives — due, in large part, to the same ‘vague wording’ criticism — the UK bill has sailed through and is well on its way to causing what the writers of the aforementioned letter warn will be “a litigation firestorm.”

Update: Renowned UK photographer David Bailey has weighed in on this controversy by publishing a letter. He writes,

I am writing because I am appalled at what the government is doing to our rights in the ERRB (Enterprise and Regulatory Reform Bill). Why the ERRB by the way? Why can’t copyright be dealt with properly in a proper Copyright Bill? I’m told everyone will be able to get their hands on our so-called “orphans” so libraries and museums can publish old photographs whose authors have long been forgotten. But never mind what’s lying around on dusty old shelves, what about the millions of “orphans” that are being created now every day!

Why? Because social media, and everyone else for that matter routinely strip our names and contact details from our digital files. They simply should not be allowed to get away with this. They can because our government refuses to give us the right to our names by our pictures (Moral rights). So now commercial organisations will be allowed to make money from our “orphans”, but not us, the creators.

This legislation should never have been even considered without first giving us our moral rights, and is contrary to our rights under the Berne Convention. Why the rush? A scheme, the Copyright Hub – a scheme backed by the government – is being developed to ensure that those who wish to find our pictures can not only do so quickly online, but also find the contact details of the pictures’ owners. You are about to put the cart before the horse.

I’m told the real reason for speed is that “releasing” orphans will create growth. We all understand the need for growth. But where’s the evidence? The seemingly impressive financial figures presented originally in the Hargreaves Review have mysteriously had to be revised – down by 97%! Which now apparently amount to no more than 80p per taxpayer per year. Given the damage this legislation will now cause to taxpaying creators, damage no-one has so far taken into account, the effect of this legislation on economic growth will in fact be negative.

It’s not too late to think again!