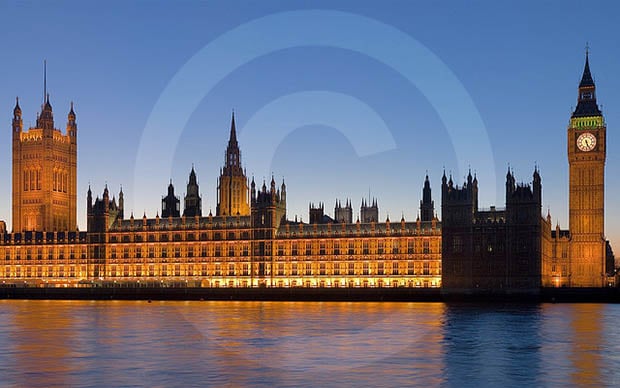 Earlier this week we reported that it is now easier for photographers in the UK to pursue copyright infringement cases without having to shell out big money for a lawyer. While that law change is likely a big boon for photographers, there are other proposed law changes that have some photographers up in arms.

Olivier Laurent of the British Journal of Photography writes that a number of photographer organizations in the United States have joined arms to write a letter to the UK government, protesting a certain section of the Enterprise and Regulatory Reform Bill that may become law later this year or early next year.

The controversy revolves around a new “orphan works” section that’s strikingly similar to one that was scratched back in 2010. It’s part of Clause 68 of the bill under a section titled, “Power to provide for licensing of orphan works.” Here’s a snippet:

The fear is that this would allow copyrighted photographs to be freely used by anyone, as long as a “diligent search” fails to reveal the identity of the photographer.

We assert that the majority of photographs and illustrations deemed to be “orphan works” in the UK under the Bill will be works created and owned by foreign persons and businesses. Involuntary injection of these foreign works into a UK Extended Collective Licensing program or similar legalized infringement scheme with neither the knowledge or consent of the foreign copyright holders is morally reprehensible, contrary to the letter and spirit of UK and USA copyright laws […]

If enacted, the Bill will permit foreign works to be used without the permission of or credit and compensation to their rights holders. The prospect of unknown, ongoing unlicensed usage of foreign works in the UK will prevent any rights holder in any country from licensing exclusive rights to any party. In many instances, unlicensed usage of foreign work in the UK will drastically devalue the works throughout their copyright life.

You can read the letter in its entirety here:

The groups also warn that if the new “orphan works” law passes, “a firestorm of international litigation will immediately ensue.”