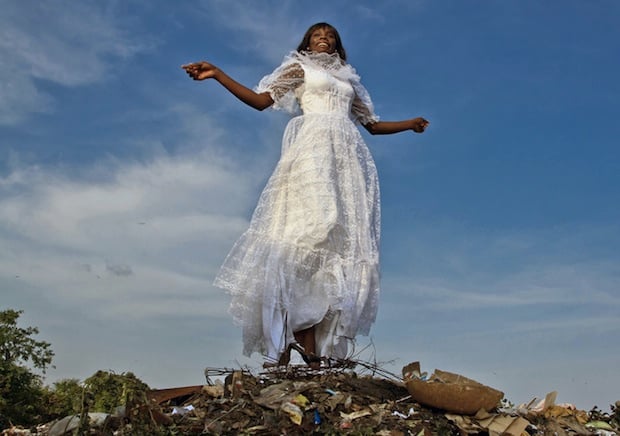 “A new generation is using photography to celebrate, to question and represent a continent on the rise.” That is the final sentence of the intro to Episode 1 of the six episode Al Jazeera miniseries ‘The New African Photography.’ It’s a miniseries that, over the next several weeks, will look to the continent’s photographers to paint a new, more accurate picture of Africa for the world.

Unfortunately, the term “African photography” tends to bring up one of two stereotypical images. We either picture photographs of majestic wildlife on the Serengeti, or images of poverty, famine, and perhaps civil war. ‘The New African Photography’ seeks to change that image and bring our perception of Africa into the 21st century.

The first episode, ‘Invisible Borders,’ follows photographer Nigerian Emeka Okereke, the founder of a project by the same name. The project offers to take African photographers on an annual road trip across the continent, and in this episode we get to see what one of those journeys — this time from Nigeria to Cameroon to Gabon — looks like.

Check out the entire first episode below:

The next episode, dubbed “The Red Dress,” is set to air on April 29th and follows leading Kenyan fashion photographer Barbara Minishi on her latest project in which she photographs a variety of normal African women (normal as in not models) all wearing the same red dress as a symbol of unity.

The final four episodes that follow will then feature everything from the oil devastation in the Niger delta, to the first woman recipient of the CNN African Journalist Award for photography, to a former street child who now uses photography to investigate the growing gap between the wealthy and the poor in Mozambique.

To read more about each of these episodes and watch them as they debut, head over to Indiewire here or Al Jazeera English’s YouTube channel here.

Do Hashtags Transform a Photo Into More Than Just a Photo?