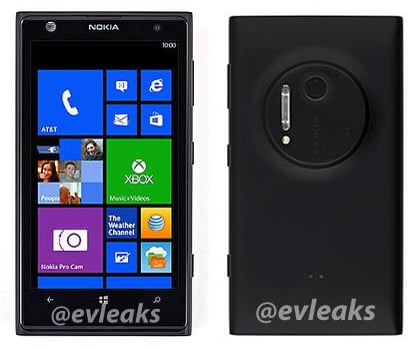 About a month ago, we got our first look at what is rumored to be the next big thing from Nokia camera-wise. Codenamed the ‘EOS,’ a few sources leaked IRL photos of the upcoming smartphone, showing off the bulging PureView camera module on the back and encouraging many consumers who believed that this would be Nokia’s stateside version of the company’s 808 PureView.

Now, we have a couple of leaked low-res product shots to corroborate those IRL images, and a potential release date that has the phone making an official appearance before month’s end. 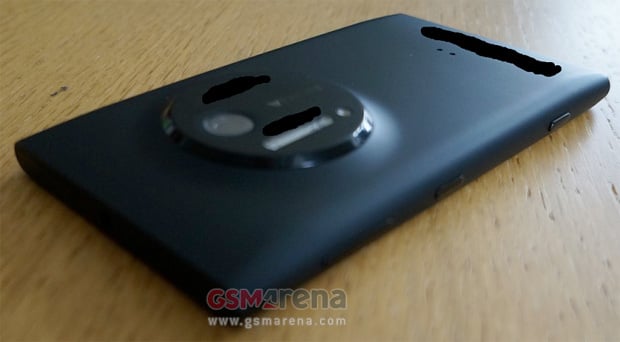 The leaked photos come to us from EVLeaks, who posted both of the above images on their Twitter account. The photos, although low-resolution, look to be official product shots and are identical to the real-world photos we saw last month. The difference is that the “XX” in place of a megapixel count on the old photos looks to be have been replaced by the expected 41.

The information regarding a release date comes courtesy of a leaked screenshot of a Microsoft Store’s inventory. According to that information (and corroborated by the photos) the phone will be an AT&T exclusive available in black, yellow and white. It will retail for about $600 (off contract, obviously), and will arrive at said store on July 22nd. The store is expected to start selling them a few days later. 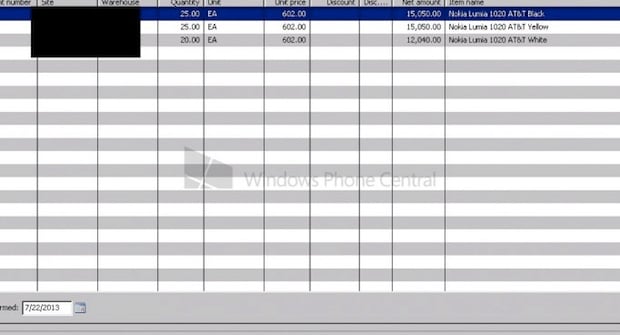 Where the two sources conflict is in the naming of the phone, which will not be the EOS as codenamed, but either the 1020 or the 909. EVLeaks believes the latter, while the Microsoft Store screenshot seems to indicate the former. Whichever it is, it’s likely we’ll find out next Thursday at Nokia’s already announced Zoom Reinvented event.

(via The Verge and SlashGear)

Video: Using a High-Speed Camera and a Ruler to Test Reaction Times