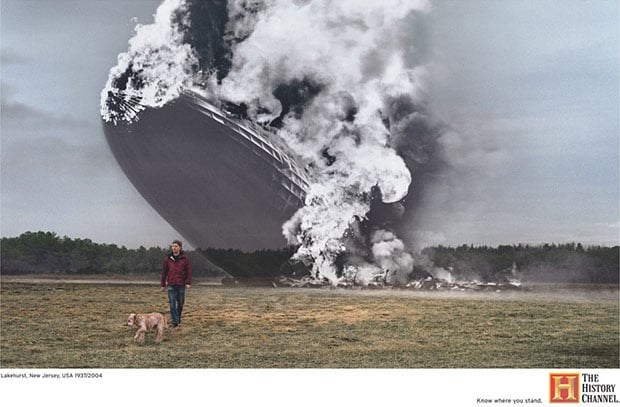 In 2010, photographer Seth Taras created a series of photographs for a worldwide marketing campaign for the History Channel with the message “Know Where You Stand.” The photographer shot photos at locations around the world where major historical events happened, and then blended old photos showing those events from the same perspective. It’s the same “then and now” concept that has become quite popular over the past few years.


The photograph above shows a field in Lakehurst, New Jersey where the Hindenberg disaster occurred back on Thursday, May 6, 1937. The German passenger airship LZ 129 Hindenburg caught fire and crashed to the ground as it was attempting to dock, killing 36 people and ending the airship era. 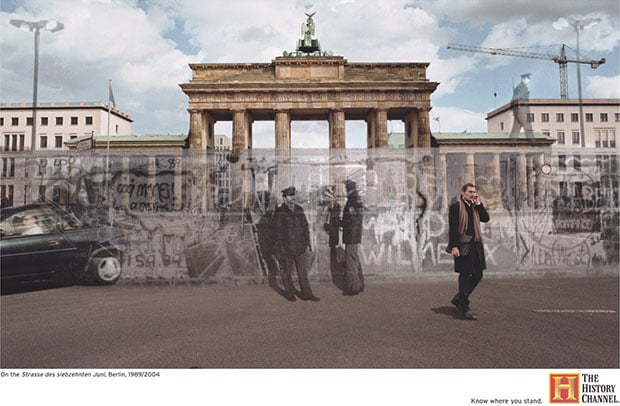 Adolf Hitler touring Paris and standing in front of the Eiffel Tower in 1940: 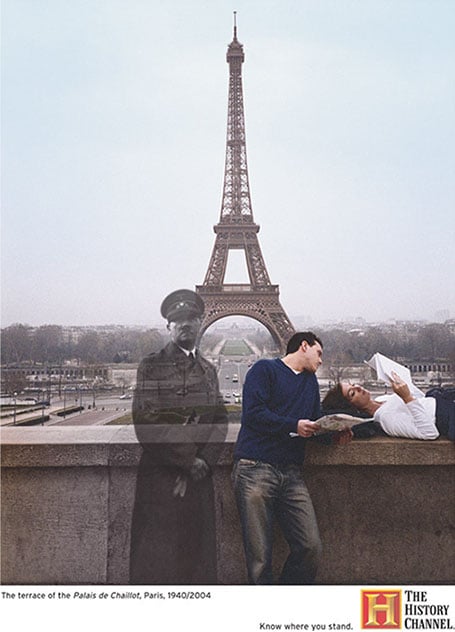 Allied soldiers rushing the beach at Normandy in June 1944: 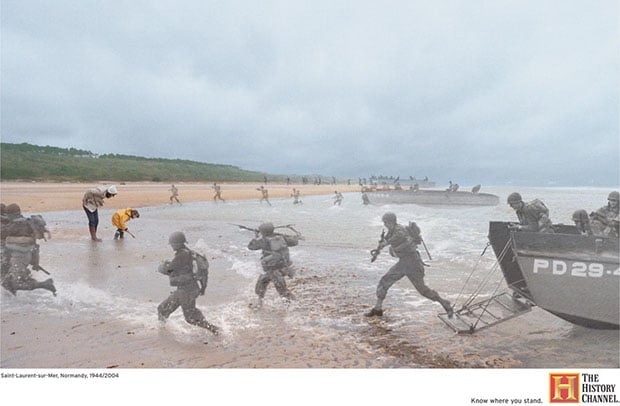 You can find higher-resolution versions of all of these advertisements over on Taras’ blog.

If you enjoy then-and-now photographs, be sure to check out Dutch historian Jo Teeuwisse’s work done in Amsterdam and France. Last year we also shared an interesting project with then-and-now photos of an abandoned high school in Detroit, Michigan.