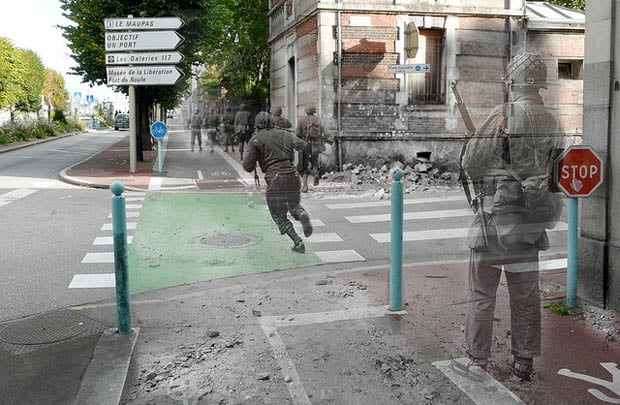 Dutch historian Jo Teeuwisse is back with another fascinating then-and-now project (we featured her work once back in 2010), this time titled Ghosts of War–France. The images show old World War II photographs of soldiers blended seamlessly into photos of the same locations in modern day France.


We’ve shared a number of these “window into the past” projects in recent days, including a very similar one by Sergey Larenkov, but we think Teeuwisse’s images are still worth a look.

Teeuwisse began shooting her then-and-now photos after finding 300 old WWII photographs on negatives at a flea market in her hometown. After having the images digitized, she visited the various locations shown in the photos (figuring that out is a feat in its own right) and re-photographed them from the same location and with the same framing. The two versions are then combined with careful blending in Photoshop. 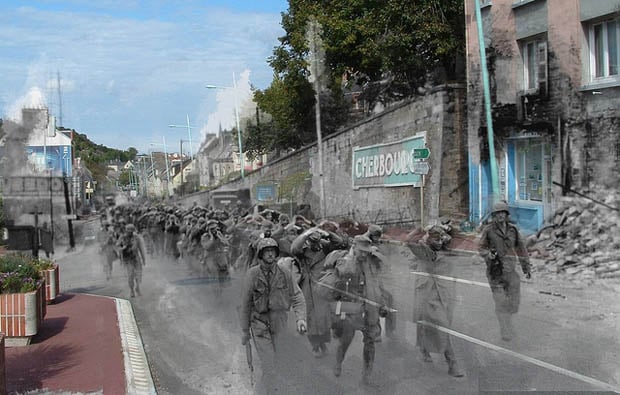 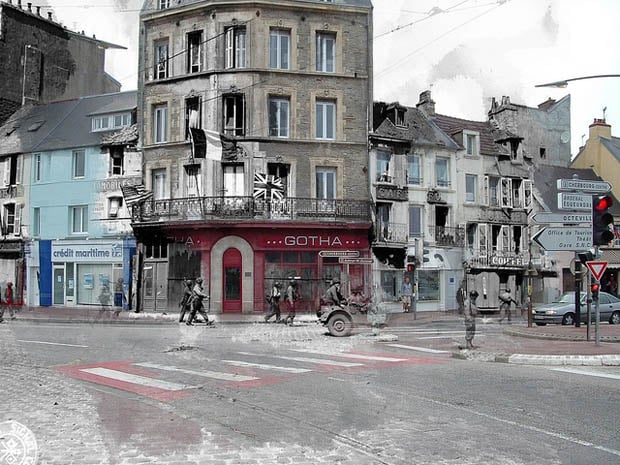 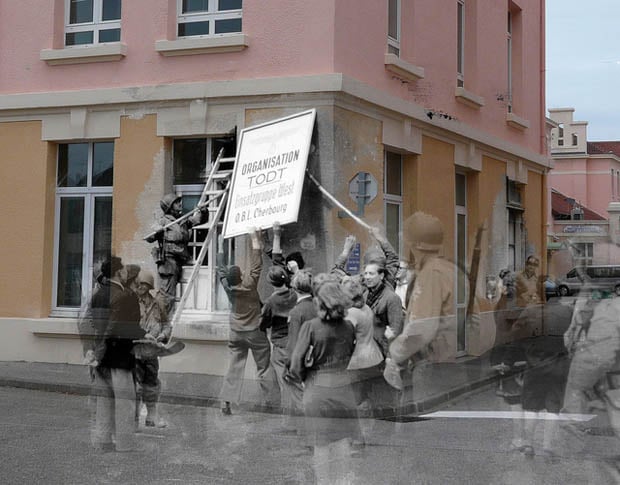 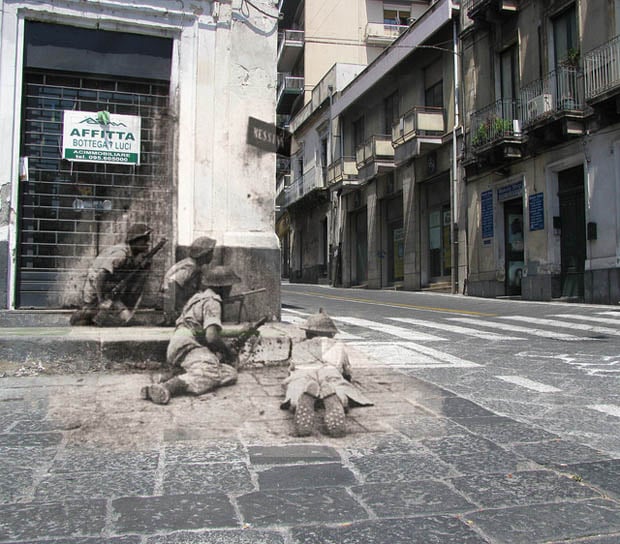 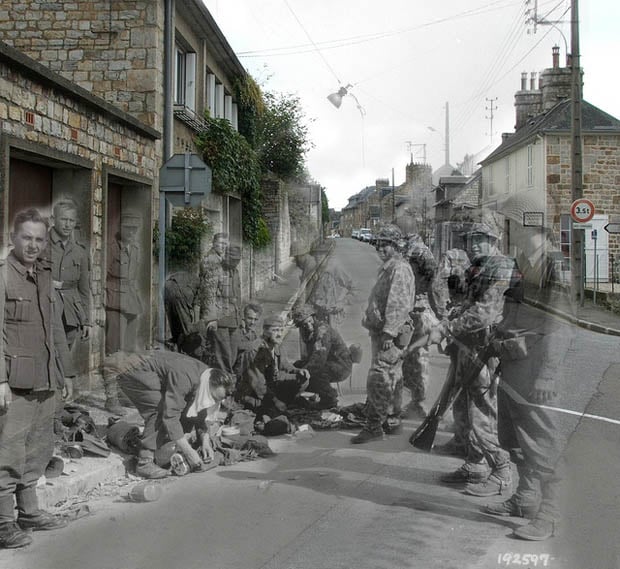 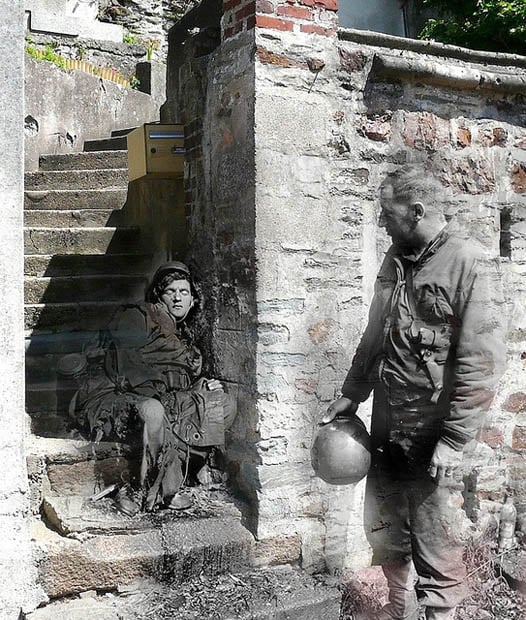 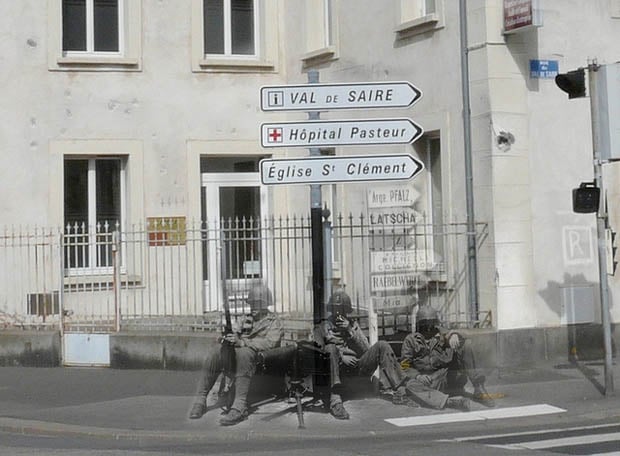 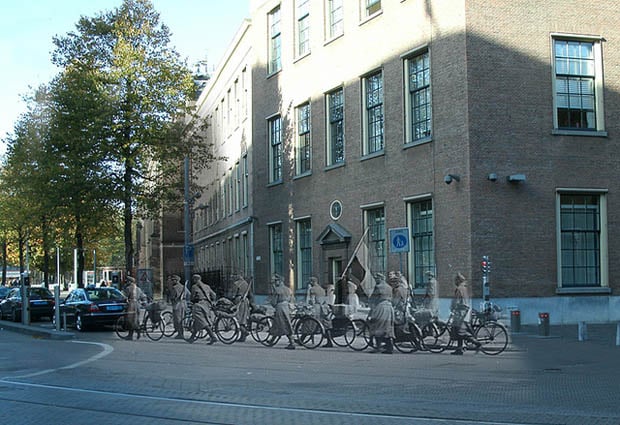 Higher-resolution versions of these images can be found here. You can find much more of her work over on Flickr, where she has over 200 sets filled with historical photos and scans.

Thanks for sendin in the tip, Daniel!