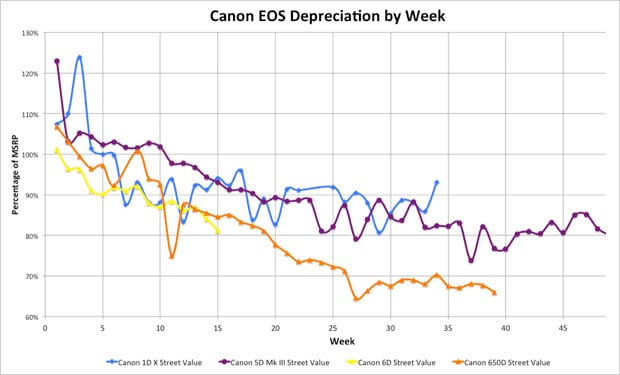 New cameras are like new computers. Both of them depreciate quite quickly as new technologies and new models are churned out year after year. This presents a perpetual problem for photographers, as many constantly grapple with the question of whether to upgrade their camera to a more recent model, or whether to purchase a higher-end model so that it keeps its value longer.

Market research software company Terapeak recently did a study that looks at depreciation in Canon EOS DSLRs. The results are pretty interesting.

The study used a tool called Terapeak for eBay, which aggregates and analyzes transactions on eBay. Data regarding new Canon camera body sales were imported into the tool and then crunched to see what would turn out. 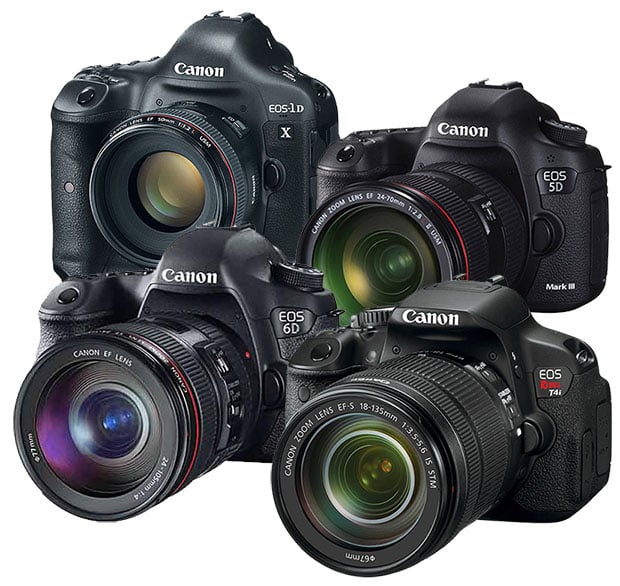 This is the same comparison graph with some trend lines added in: 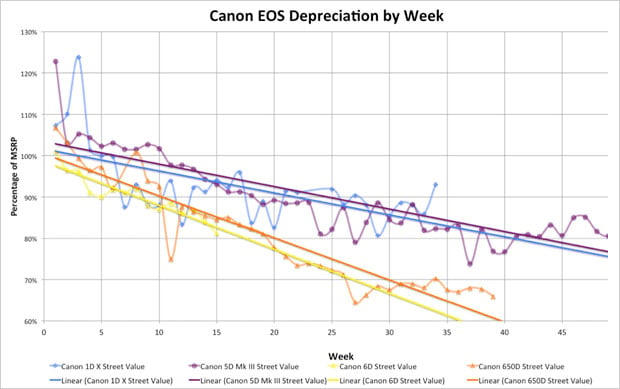 High end cameras such as the 1D X and 5D Mk3 depreciate at roughly the same rate (i.e. they both hold their values relatively well), even though one model is much more expensive than the other (the former is double the price of the latter).

For some reason, even though the full frame 6D is billed as a prosumer camera that sits alongside the 5D Mark II and Mark III, it depreciates at roughly the same rate as the entry-level 650D.

The key takeaways of these findings are: (1) purchasing a more expensive and higher-tier camera doesn’t ensure that the body will depreciate more slowly, and (2) purchasing a higher class of camera (pro versus amateur) is the way to go if you’d like to have a camera that keeps its value for a longer period of time.

For a closer look at how this study was conducted and the results that it came to, check out the reports on the Terapeak blog here and here.

Brian Bowen Smith on Trusting Your Gut and the Creative Process

GPP2013 Shoot-Out: Taking a Portrait of One of the World’s Greatest Portraitists