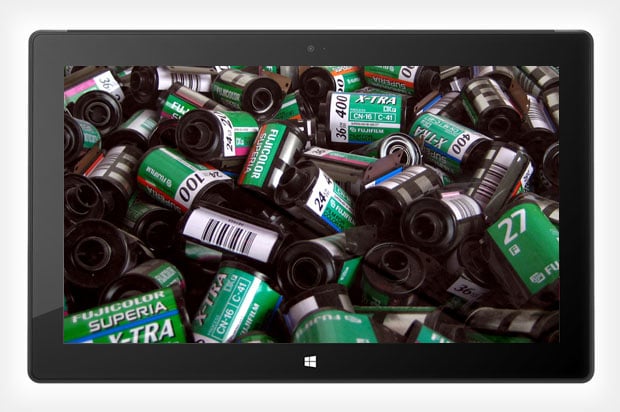 Fujifilm is best known for its camera and film products, but the company is now using its photographic expertise to invade new markets as well. The company is reportedly using its background in silver to create touchscreen displays that are bigger and more affordable than current offerings.

Ian King of Bloomberg writes that the new technology could help Microsoft and the rest of the PC industry fight against Apple and its highly regarded touchscreens, which have been on the market since 2007.

What’s interesting is that the touchscreen technology uses the same light sensitive chemicals used in photographic film and paper:

Tokyo-based Fujifilm is taking advantage of its photographic film technology as it seeks to meet demand. The company uses a material called silver halide to create sensor meshes in grids of almost invisible fine wires to detect touch, Keiji Uchiyama, a technical manager at Fujifilm’s Substrate Solution Group, said in an interview.

The report also claims that recent pressure in the photo industry from smartphones is one of the reasons Fujifilm is looking to break into new markets.

Image credits: Roll On by Looking Glass and From silver halide to pixels by mnsc

High-Resolution ‘Scanned’ Portraits Using a DSLR Mounted to a Track