In their most recent “Pro Photographer, Cheap Camera” challenge, DigitalRev managed to get world-renowned, Pulitzer Prize-winning photographer Vincent Laforet to participate. Known best, perhaps, for his tilt-shift work, Laforet was asked to trade in his 1D X and 45mm tilt-shift lens for a Canon A2e and Lensbaby composer.


More intriguing than the challenge itself and the photos that resulted, however, is the nostalgia with which Laforet writes about the experience on his blog. This is the first he shot with an A2e in 14 years, and the entire experience was extremely refreshing for him.

I can tell you it was terribly refreshing to shoot film. We had no plan. No script, no storyboards or teams of folks working on a crew … No LCDs to “chimp” with (a term we use to describe the act of looking at a rear LCD and jumping up and down and showing your friends as you see a nice photo…)

Although initially nerve-racking, the lack of instant gratification from the ever-present LCD made for, instead, a more relaxing experience. The process of taking the picture was removed from the outcome sufficiently that Laforte was able to enjoy the former for the first time in a long time.

Somehow, for the first time in a while, the end result – the resulting “still photograph” was beautifully overshadowed by the pleasure I felt with the simple act of “taking my time.” Being that I was halfway across the world, there were no phone calls, e-mails, tweets, or texts coming in to distract me either.

Digital technology has somehow slightly cheapened the value of an image… hasn’t it? The marvel of technology has a bad tendency to lead to a bit of laziness, impatience, and a reticence to do “work for” something… generally speaking.

As the world continues to move faster and faster, as processors, resolutions, dynamic ranges, and terabytes keep increasing at an exponential rate, sometimes I think we could all do with a roll of 36 exposures.

You can read the entire commentary on his blog, see a few of the resulting images below, or watch the video at the top. But whatever order you choose to attack that list in, be sure to have your old 35mm close by … you’ll definitely want to break it out by the end. 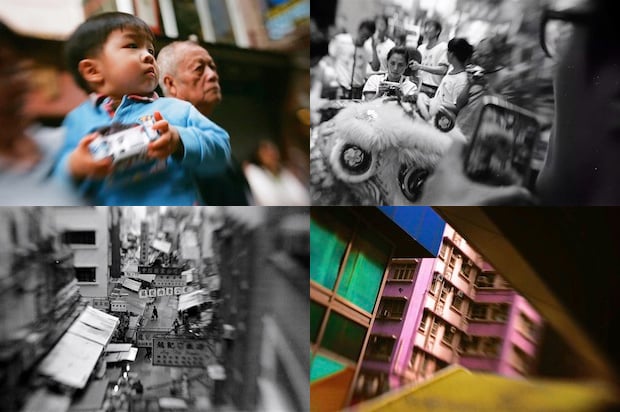