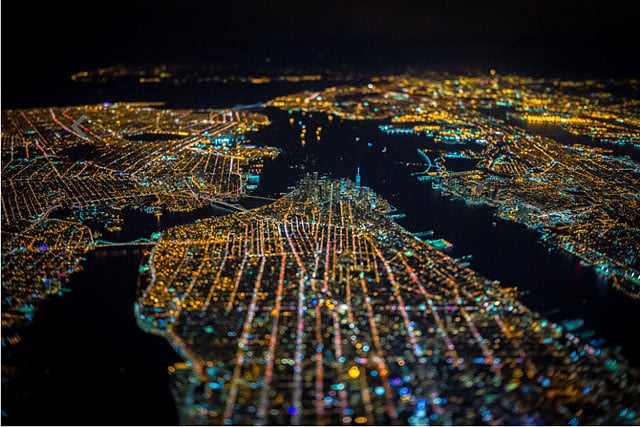 Photographer Vincent Laforet captured some stunning nighttime photographs of New York City while leaning out of an open helicopter door 7,500 feet in the air. At that altitude, Laforet was able to look down at air traffic around NYC’s major airports, and there was no extra pane of glass between the photographer and the city. A few thousand feet higher and oxygen masks would have been required.

Laforet has been on over 50 aerial adventures over New York City over the past 15 or so years, but this one was “by far the most frightening flight of them all,” he writes over at Storehouse.

He and his cameras were harnessed into the helicopter as he shot the images for Men’s Health Magazine using a Canon 1D X and Mamiya Leaf Credo 50MP at 3200/6400 ISO with a set of f/1.2-f/2.8 lenses. The high ISO and a fast shutter speed allowed Laforet to shoot sharp photographs despite the significant vibrations of the helicopter.

Here’s a behind-the-scenes look at the shoot, which started when it was still bright out:

These are some of the photographs Laforet captured that night: 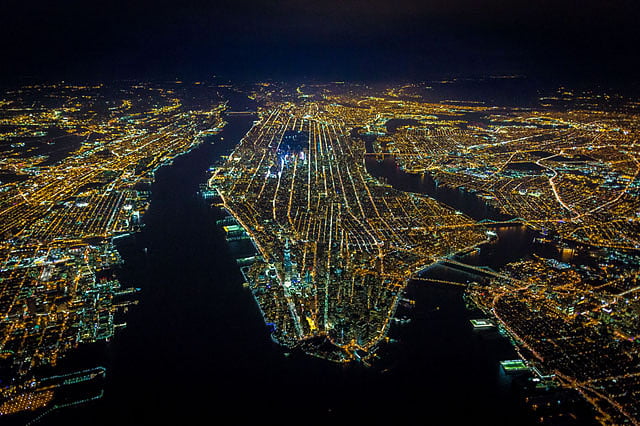 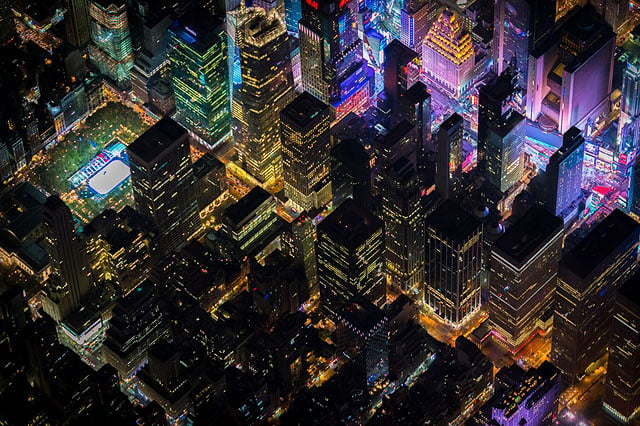 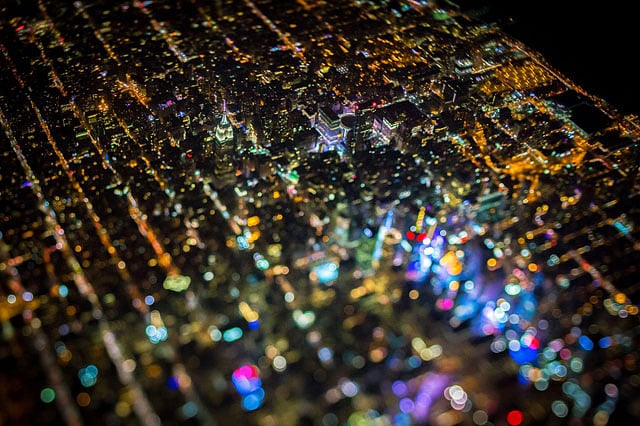 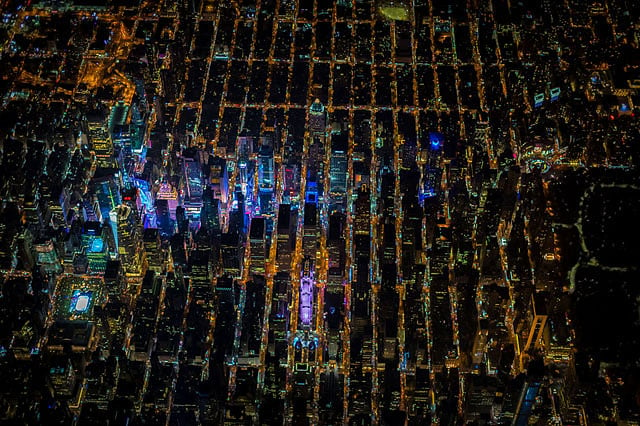 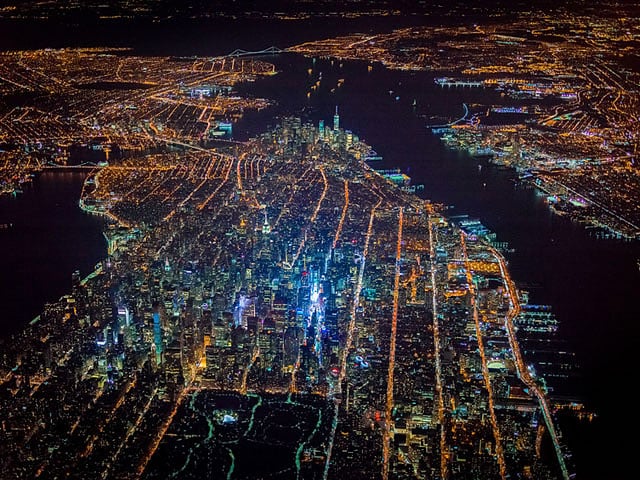 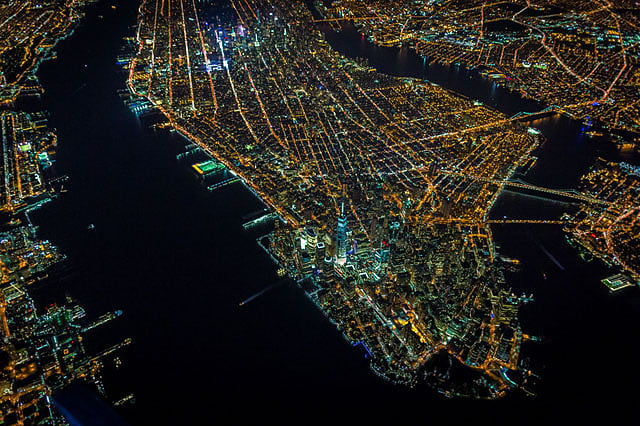 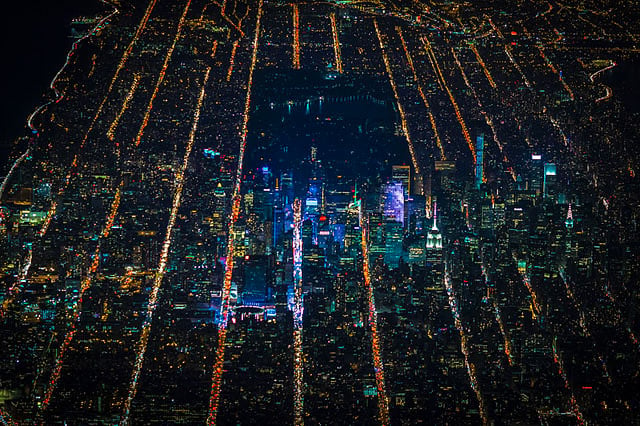 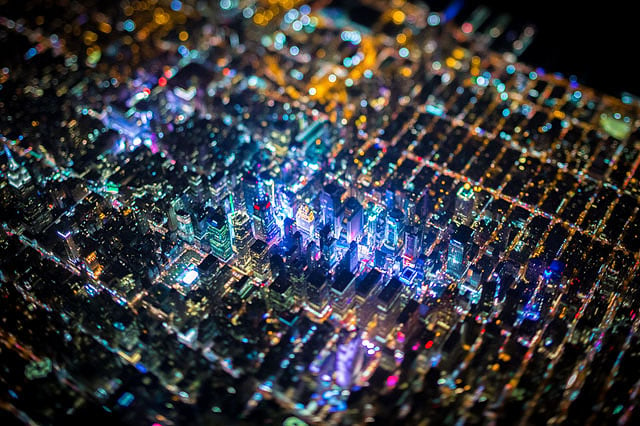 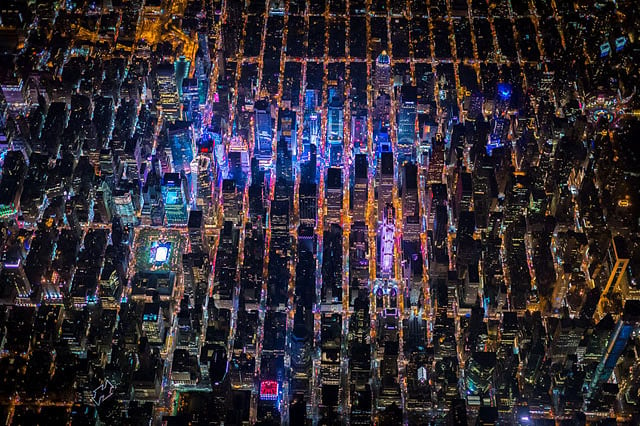 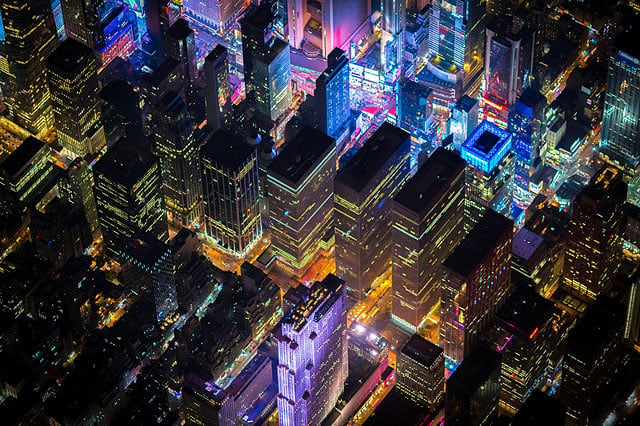 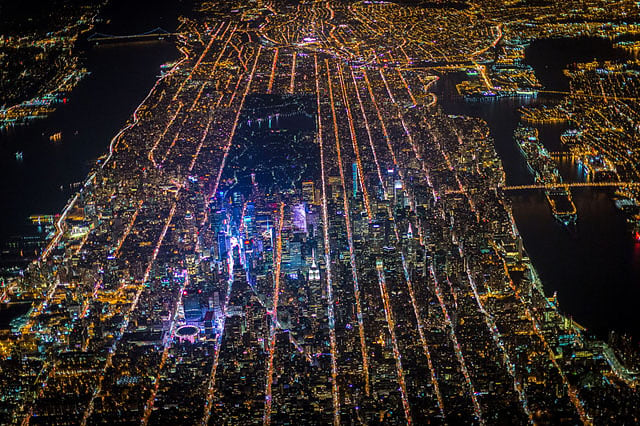 You can find more of these photographs over at Laforet’s fine art page.

(via Storehouse via Laughing Squid)