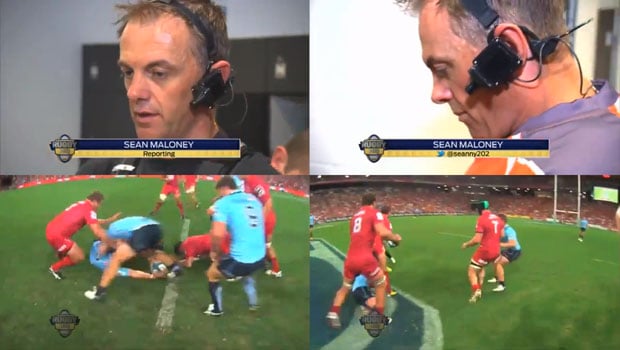 Some broadcasters around the world are starting to experiment with a new camera angle: the referee cam. By having refs on the field wear special high-definition cameras on the side of their head, the broadcasters are able to capture intense in-game footage that bring fans into the middle of the action.

This concept could provide for some fascinating footage for many professional sports, including soccer, baseball (e.g. seeing pitches from the home base umpire’s point of view), basketball, football. It’d be great, just as long as there’s a delay that prevents colorful language from filling the broadcast.