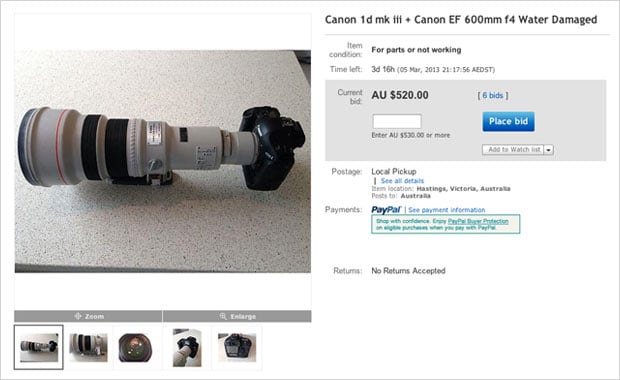 If you want to know what the market is like for high-end camera gear that has been destroyed by water damage, check out this eBay auction by a Hastings, Victoria-based Australian photographer who goes by the handle tallguy069. The poor guy accidentally dropped his Canon 1D Mark III DSLR and Canon 600mm f/4L lens ($10,000+ in gear) off a boat into saltwater, completely destroying the functionality of both pieces.

Luckily for the photographer, the gear was written off through insurance. He’s is now selling the dead kit for parts, as a “movie prop,” and as a “great item for a Canon collector” — he notes that it’s a “once in a lifetime chance to have a 600mm lens. 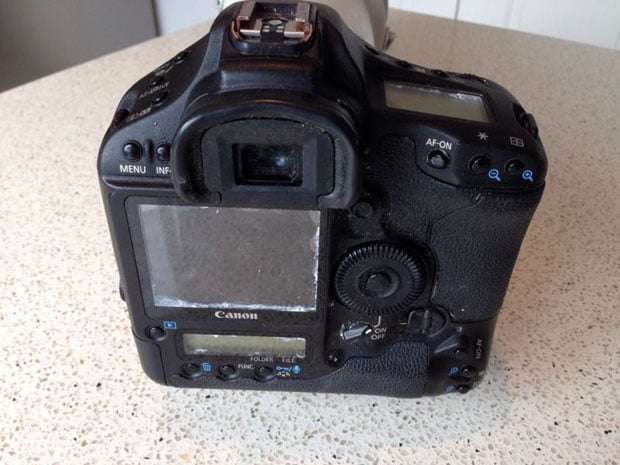 Apparently there’s a need for movie props, bricked gear, or parts (we’re guessing it’s the last one): the auction still has nearly four days to go, but six bids have already pushed the price up to over $500. It’ll be interesting to see what price it ends up selling for. It’ll likely be a nice chunk of change for the butterfingered photographer.

Photogs Offer Infringers a Charitable Way Out, Save on Court Costs in the Process