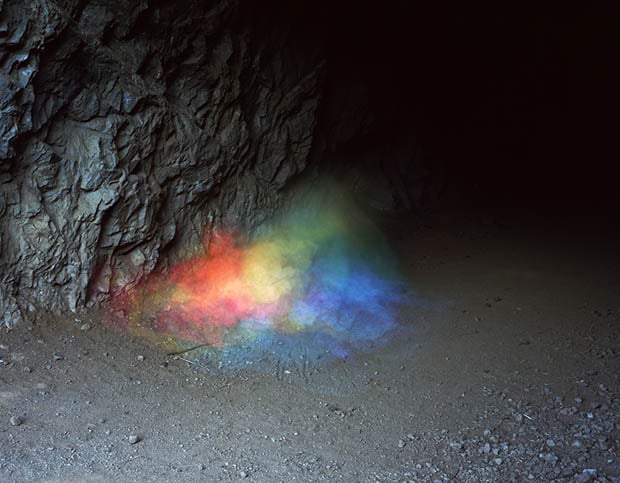 Los Angeles-based photographer Brice Bischoff has a project titled Bronson Caves. Between 2009 and 2010, Bischoff visited the caves in Los Angeles’ Griffith Park with his 4×5 large format camera and some very large sheets of colored paper. He then used long exposure times to paint colorful blurs into the photographs by waving the papers around.

The caves are actually manmade, and have often been used for shooting Hollywood movies. Bischoff says his goal was to create sculptural, photographic objects that interact with the history and architecture of the caves. 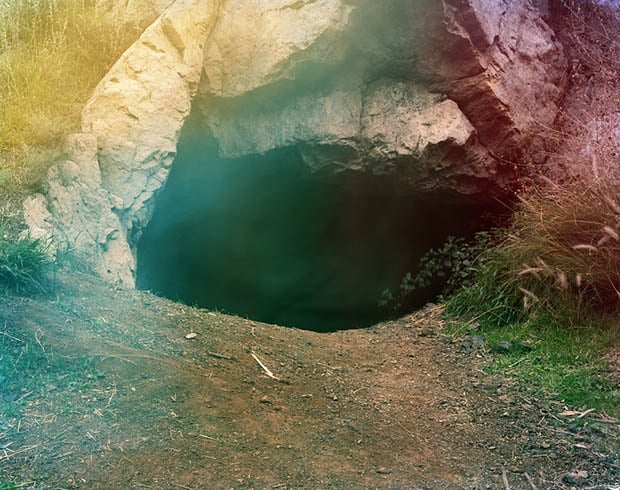 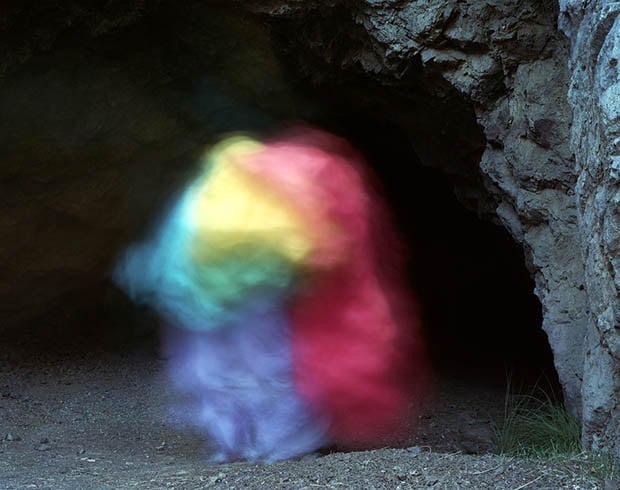 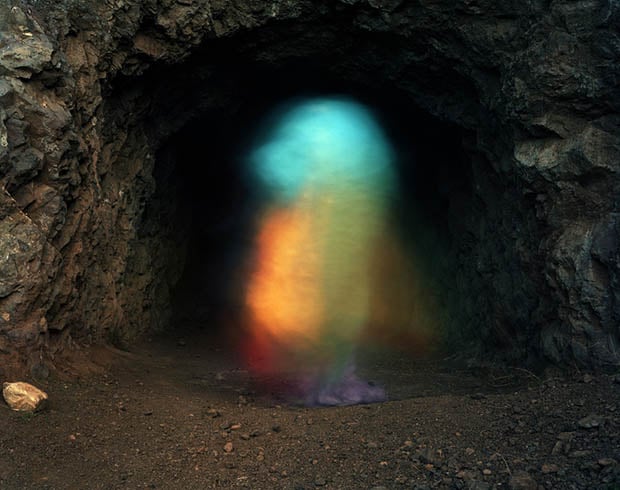 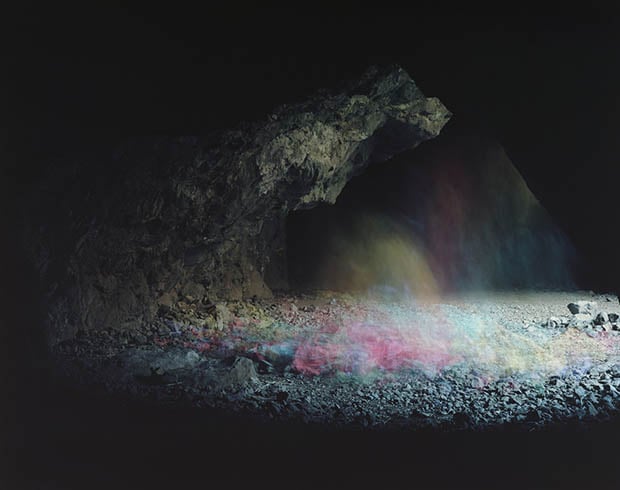 Since a long-exposure photograph was produced rather than a motion picture, the papers were recorded as voluminous, glowing colors. The materiality of the rainbowed forms, emerging from the mouth of the cave, dancing about the canyon, and bubbling up from the ground, are based solely in the photographic process, and can only be experienced when viewing the final photographic prints. If a visitor to the caves were to accidently stumble upon my performance they would only see a mass of crumbled colored paper draped awkwardly over a man moving/dancing to a camera positioned on a tripod […]

The colored paper used during the production of the cave photographs was transformed, weathered, stained, and torn after months of constant use. Deciding to isolate the medium, the props of the action, a studio setting with a pedestal was used to photograph the various scraps of paper. The format of these photographs mimics the traditional way of documenting art objects. However, a photographic technique similar to that explored at the caves was used, exposing the paper into a blurred mass, a pure photographic object. The final phase of the series involved setting the paper ablaze, letting the objects pass in transience but allowing them to persist in photographs. [#] 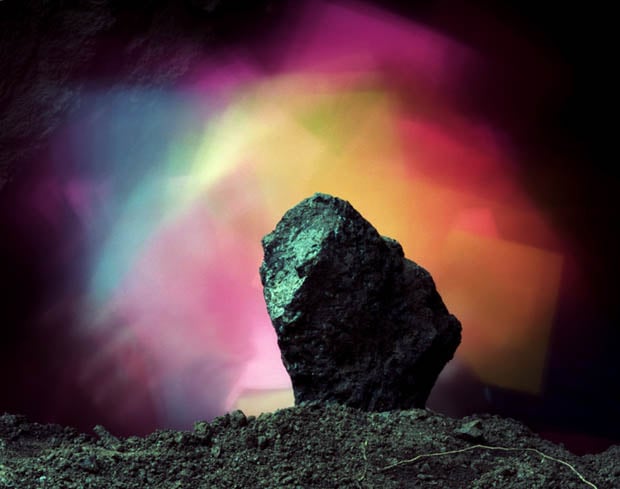 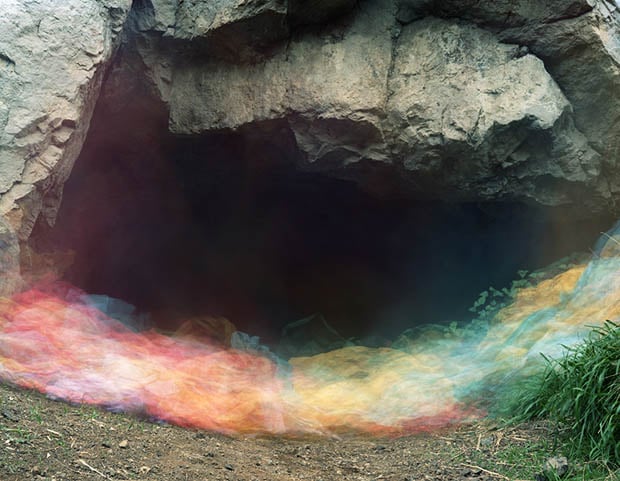 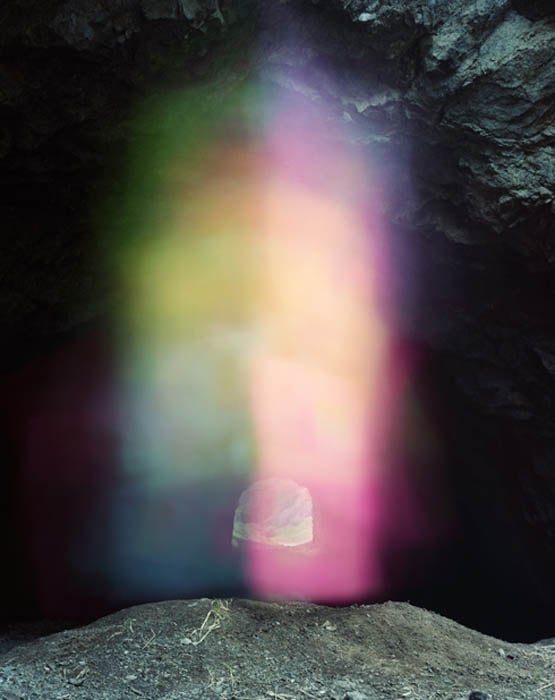 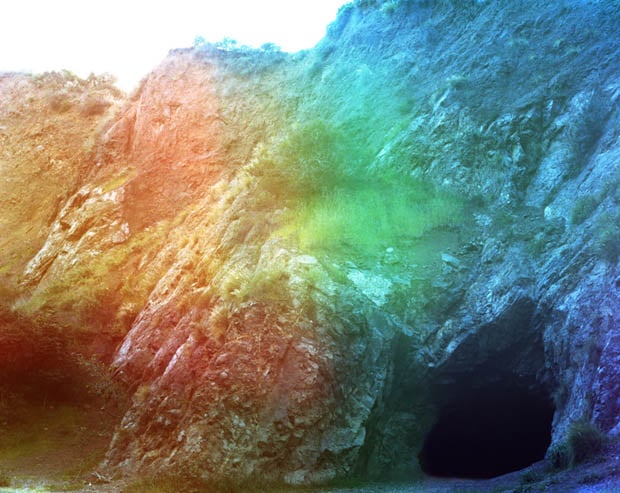 The project reminds us of light painting, except it utilizes colored paper during the day rather than colored lights during the night.

You can see more photos from this series over on Bischoff’s website.

Image credits: Photographs by Brice Bischoff and used with permission