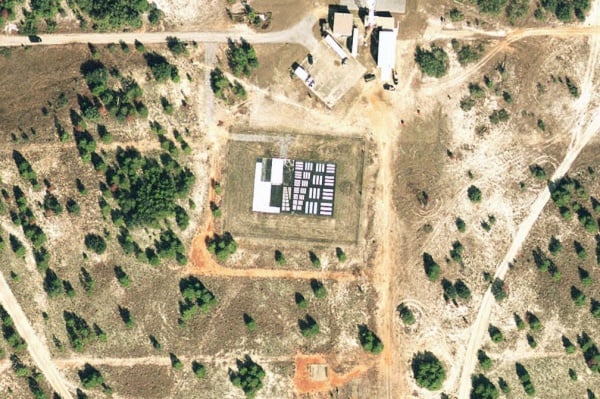 When people test cameras and lenses for resolution, they commonly use special resolution test charts that are filled with black bars of varying lengths and thicknesses. They’re kind of like eye charts, except for cameras instead of eyeballs, and with lines instead of letters.

Well, did you know that in dozens of locations around the United States, there are gigantic resolution test charts on the ground?


The Center for Land Use Interpretation writes that the strange “land-based two-dimensional optical artifacts” are used for the development of aerial photography — cameras built into airplanes and drones.

The resolution charts were mostly used during the 50s and 60s, but some of them may still be used nowadays to calibrate “flying cameras.” They have dimensions of around 50-80 feet and are coated in heavy black and white paint. Here’s what one target looks like from the ground: 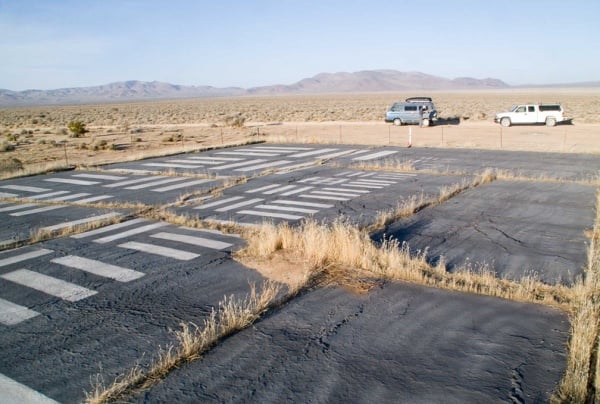 The layout of the charts become much more apparent when they’re viewed from the air: 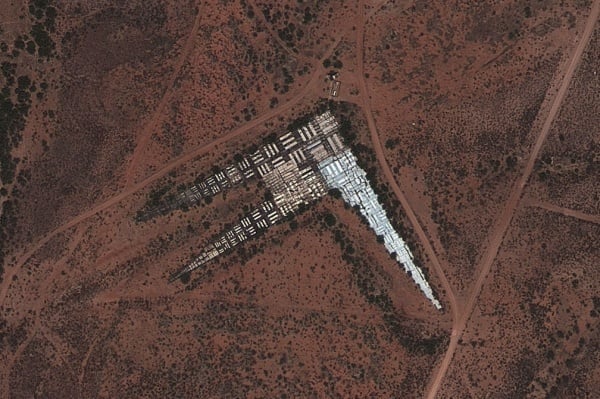 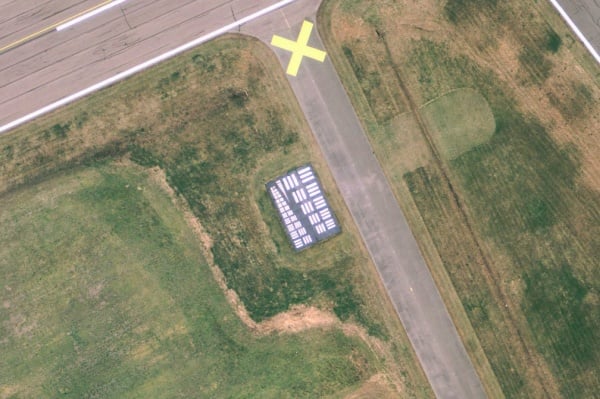 Camera-equipped aerial vehicles can fly over the giant charts and use them to test, calibrate, and focus their cameras while traveling at various altitudes and speeds. Even satellites can utilize the charts. Here’s a chart as seen by the satellite used for Google Maps:

The location you see in the Google Map above is Edwards Air Force Base, which has the highest concentration of these calibration targets in one place. They’re found in the base’s “photo resolution range,” which features 15 of these targets splattered across 20 miles of Earth on the southeast side of the base. This allows a single plane to utilize multiple targets without having to loop back or change course.

Here are a couple of the other targets in the range, as seen through Google Maps’ Satellite View: 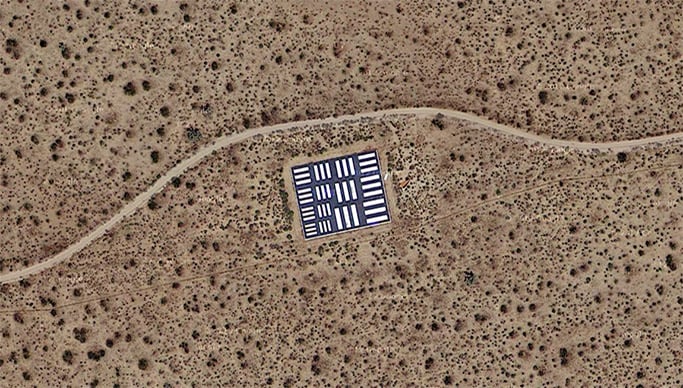 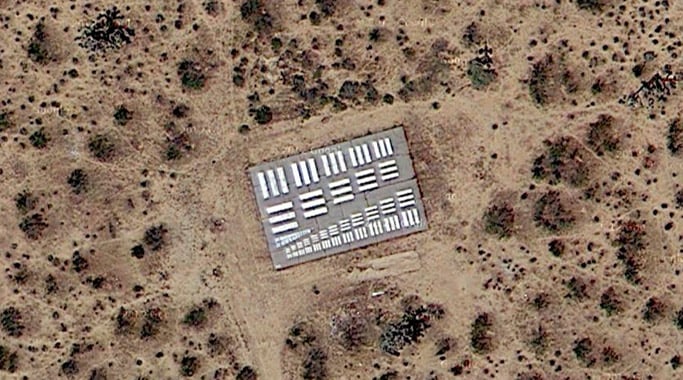 The CLUI reports that there are currently an unknown number of these targets scattered across the country, usually inside restricted areas in military airstrips.

If you’re ever flying in a plane with your camera gear in tow and find yourself traveling over a military base, see if you can spot one of these charts to do some impromptu resolution tests on your camera and lens!

(via CLUI via BLDGBLOG via kottke.org)

P.S. The Curiosity rover on Mars has one of these charts built into its body.

Image credits: Photographs by The Center for Land Use Interpretation