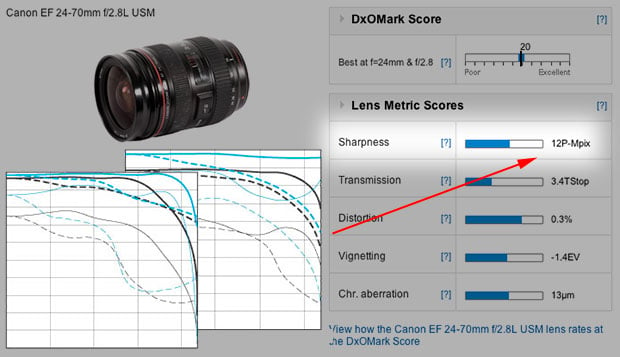 Modulation Transfer Function (MTF) charts are a very commonly used tool in the photo industry for measuring and describing how sharp a particular lens is. However, it’s a system that is largely enigmatic to those outside the realm of optic experts and camera gearheads.

For those of you who don’t want to learn how to read MTF charts, camera gear testing service DxOMark has announced a new metric that boils a lens’ sharpness down to a single easy-to-understand-and-compare number: the Perceptual Megapixel.


The system attempts to make sharpness a more intuitive concept by using megapixels to describe it. After all, photographers spend their time working with photographs rather than scientific optical testing equipment.

If you stick a horrible lens onto a high-megapixel camera, your photographs may pop out with a large megapixel “size”, but the sharpness of the photo may be equivalent to the sharpness of a photo taken with a much smaller sensor and a “perfect” lens.

What this new system allows for is direct comparisons between camera/lens combos and nice graphics showing how they perform. 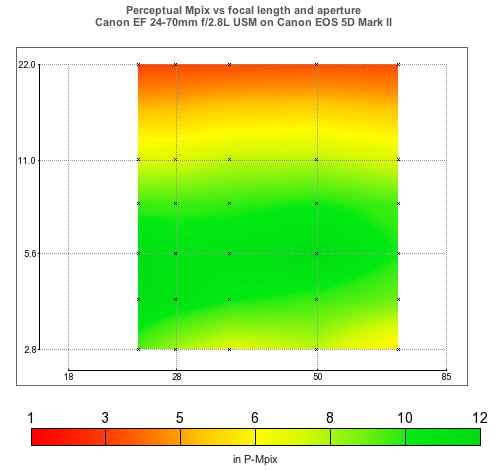 Using the system, DxOMark also tested more than 2,500 camera and lens combinations. The conclusion they came to is startling: on average, 45% of a camera’s reported resolution is lost to defects in the camera or lens.

Here’s a chart that shows how to highly regarded lenses stack up P-MPix-wise to the Canon 5D Mark II. Although the DSLR offers 21-megapixels of resolution, the lenses don’t take full advantage of them: 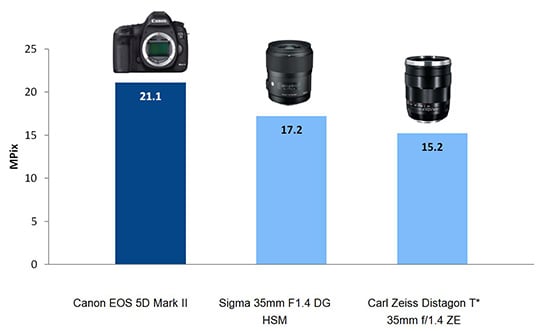 Here’s another chart that shows the drastic difference in perceived sharpness and resolution between a good and bad lens. The affordable Samyang 35mm f/1.4 performs nicely for photographers shooting with the orignal Canon 5D, but on the Canon 7D (which has much smaller pixels) the perceived resolution is less than half of what the camera is capable of: 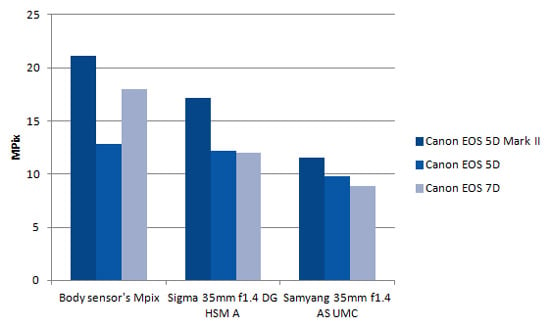 While it doesn’t seem likely that lens manufacturers will join DxOMark in this new system and include P-MPix numbers in official specs, we’ll likely be seeing the metric referenced around the web in the future as the service uses it to quantify the quality of new glass.

(via DxOMark via CNET)

P.S. Another interesting tidbit: DxOMark writes that though using this new metric, they have confirmed that a 12-megapixel full-frame camera is sharper than an 18-megapixel APS-C camera.