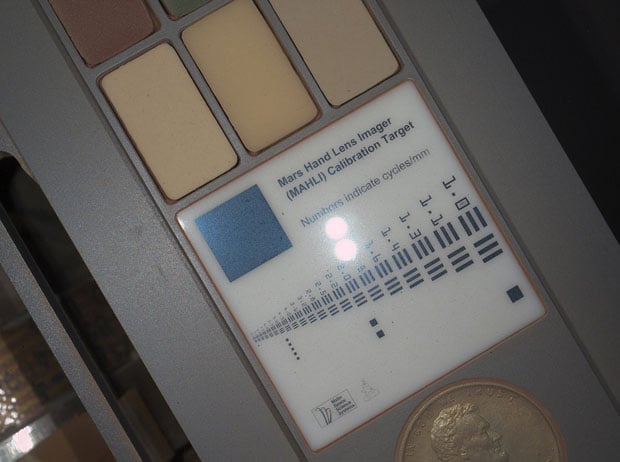 NASA’s Curiosity rover quietly accomplished another photographic first today. This time it was the first nighttime photographs captured on the surface of the Red Planet. 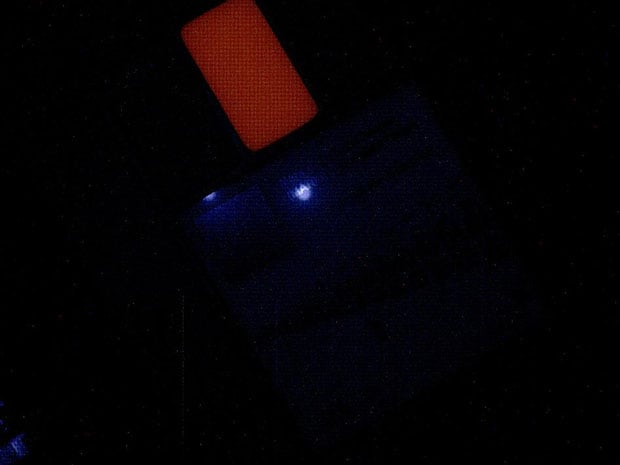 Brightening the photograph confirms that it’s of the same target: After photographing the calibration targets, the rover turned its camera on the martian landscape. Sadly, it wasn’t of the landscape as a whole — we likely won’t be seeing any long-exposure star trail photos — but rather a small patch of rocks and dirt: 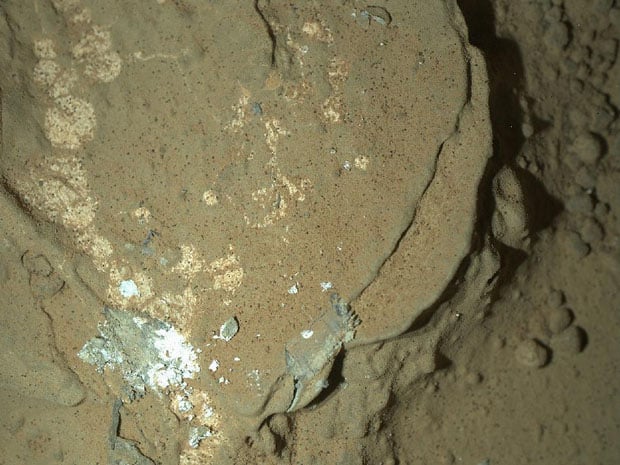 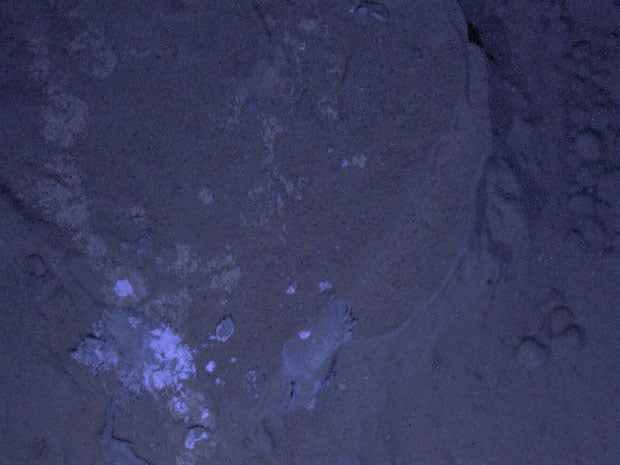 The photo shows an area of about 1.3-inches by 1 inch. The UV exposure required an exposure time of 30 seconds, and was shot to see whether the area had any fluorescent minerals.

You can find higher-res versions of the two photos above here and here.