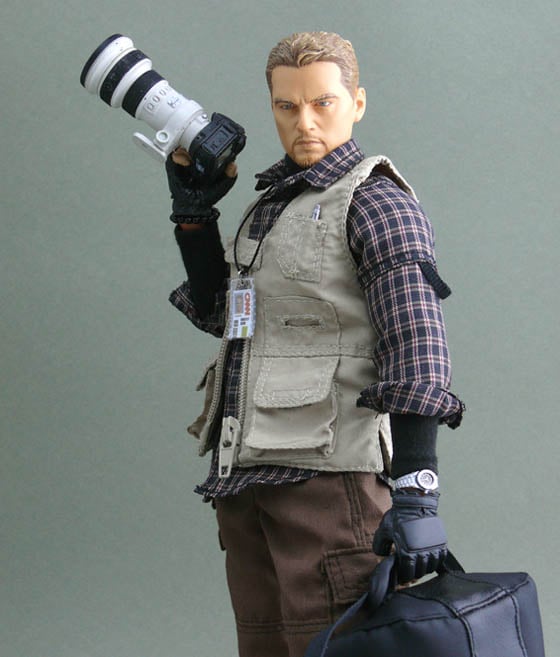 The highly detailed plastic figure comes in a box set with all kinds of goodies. The camera bag isn’t just for show — it can actually be used to snugly and safely store the kit! 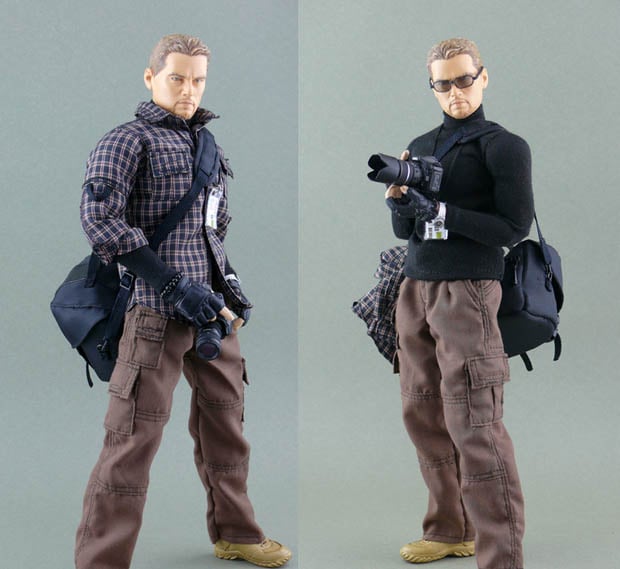 Once photographs are captured, they can be sent off to photo editors using the photographer’s (presumably Internet-connected) laptop: 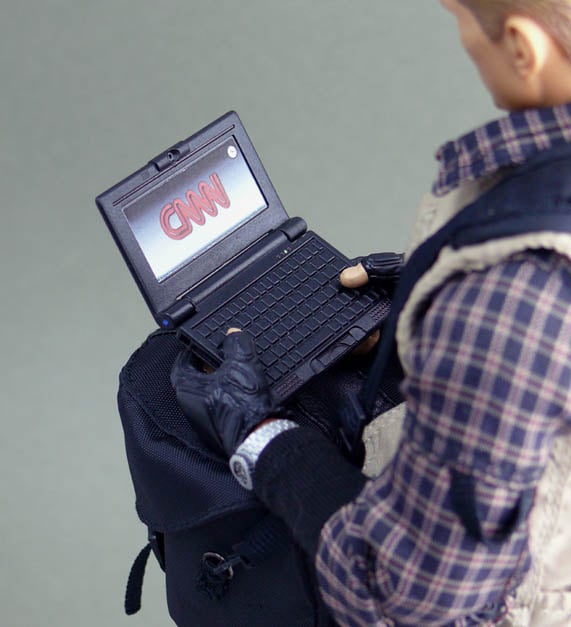 The action figure is very flexible, and can be frozen in various poses that are fitting for a conflict photographer of this caliber: 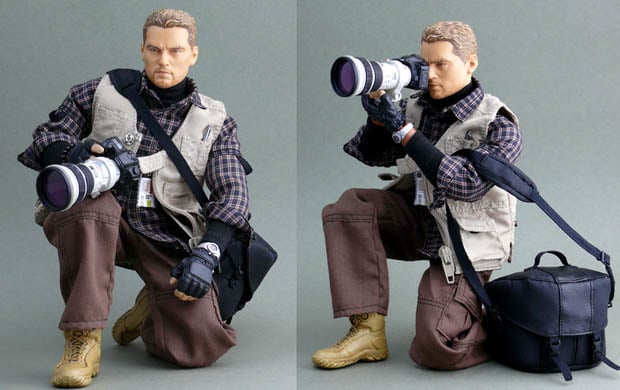 In addition to basic gear and clothing items, the set also includes all kinds of detailed accessories, including a press pass, a pen and notebook, a cell phone, a Bluetooth headset, and a water bottle. 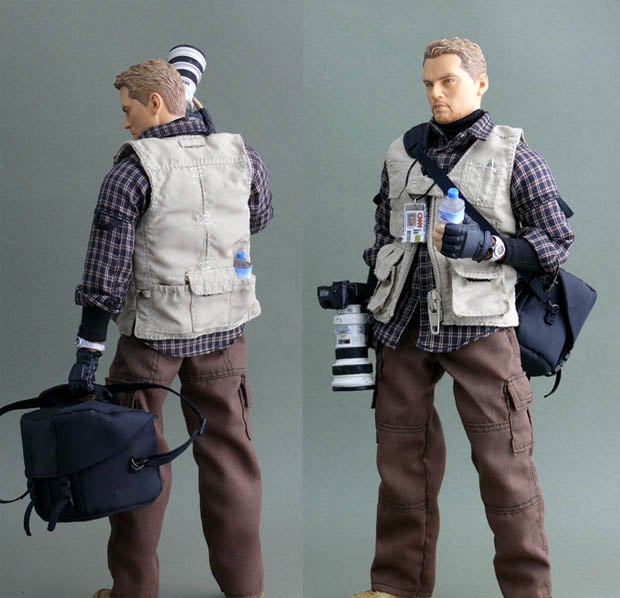 Want one of these action figures for yourself? The box kits can be found over on eBay (search for “toymaster war journalist”) for around $100. People are also selling the miniature camera kits by themselves for around $20.

Update: As many of you have pointed out in the comments and on Facebook, the dude looks strikingly similar to Leonardo DiCaprio.