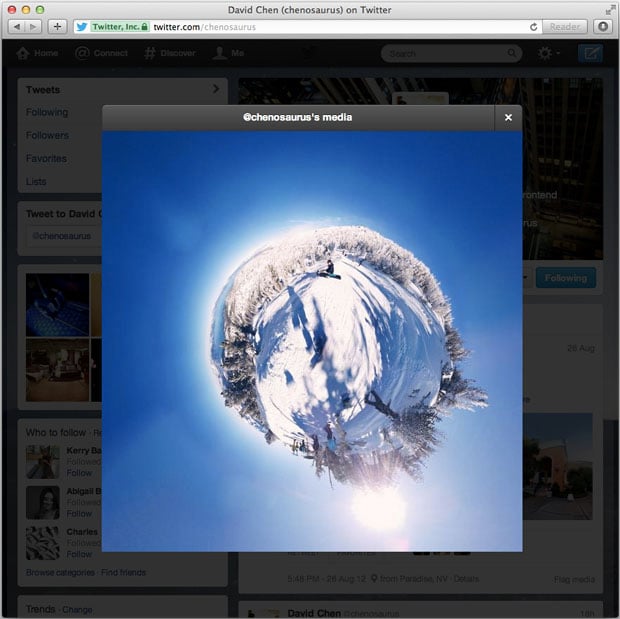 Twitter and Dropbox aren’t really known as premier destinations for sharing photographs online, but both companies are taking steps toward changing that. Both companies unveiled new features today that are geared toward making photo sharing and viewing through their respective services an easier and more enjoyable experience.

Twitter announced a new large photo view on profiles and through search results.

Click a photograph on either of those pages, and it will be displayed as a higher-resolution image in a lightbox while keeping the user on the same page. 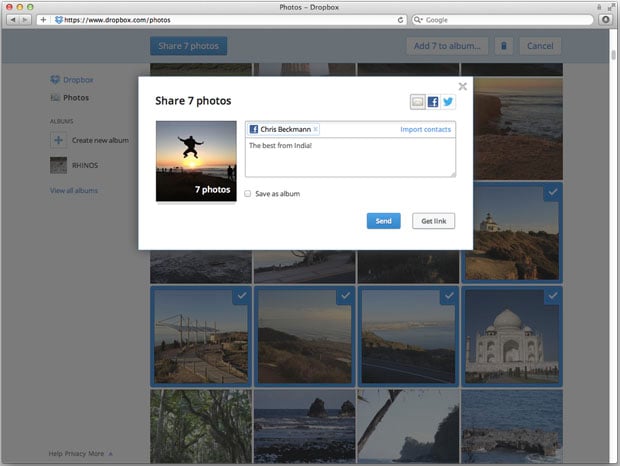 Dropbox’s announcement was delivered with a little more fanfare than Twitter’s simple blog post. The company summoned journalists to a media event at its San Francisco headquarters, revealing features that focus on treating data as consumable content rather than bits to be archived and forgotten.

Liz Gannes of AllThingsD was on hand, and reports that many of the features are geared toward photo sharing, with one of the big ones being the a new photo album view. The new feature will gather your images from across the folders in your account, displaying them neatly in a unified gallery for your enjoyment.

Photographs can be organized by timestamp, and can be shared socially (e.g. Facebook, Twitter, email) directly from the album page.

It seems that many social networks have been making incremental moves recently toward the idea of sharing photos and memories. Perhaps in a few years, every major social website will be considered a big player in the photo sharing space.

P.S. In related tech industry news, Flickr has seen a 25% jump in use of its mobile app after launching its highly-acclaimed update.

Quirky Portraits of People Surrounded by Swarms of Hanging Objects