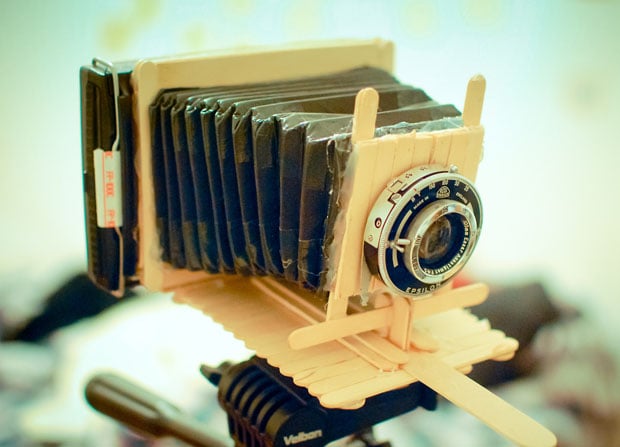 Brighton-based photographer and product designer Maxim Grew recently came up with the idea of building an instant camera out of a Polaroid film holder and a stack of wooden popsicle sticks.


The bellows of the camera were created using thick card stock and duct tape, and the lens was salvaged from an old folding camera (the kind you might find at a thrift store).

Grew took photographs at a regular interval as he was building, and created this video showing how the camera came together:

The camera takes Polaroid Type 100 film. Grew had some Fuji-FP 100C lying around, and shot this same photograph showing that the camera actually works: 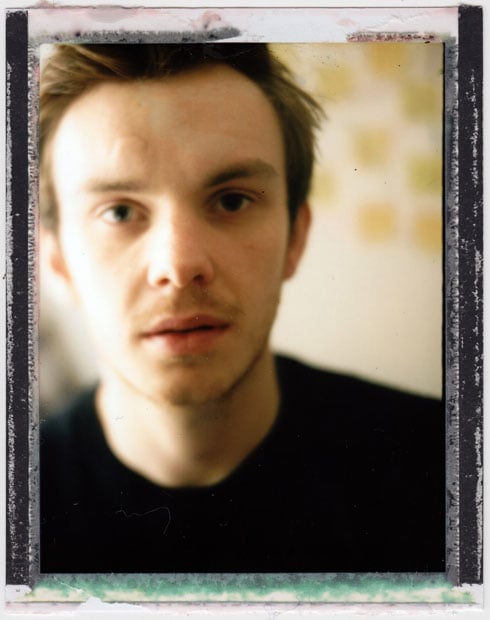 Focusing the camera is a bit tricky. Grew says that he’d have to stick an external rangefinder onto it if he were to use the camera out and about.

Do It Yourself, Equipment, Walkthroughs
camera, instantcamera, makeshift, polaroid, project
Related Articles
Discussion
Trending Articles
The Science Behind Why Watches are Set to 10:10 in Advertising Photos
May 17, 2022
Wedding Photographer Tells Couple to Act Drunk, Gets Amazing Portraits
May 20, 2022
Baby Foxes Find GoPro and Play With It, Adorable Footage Ensues
May 23, 2022
Photographer Builds Giant Camera and Darkroom Bus
May 22, 2022
Canon EOS R7 First Impressions: The Performance King of APS-C
18 hours ago